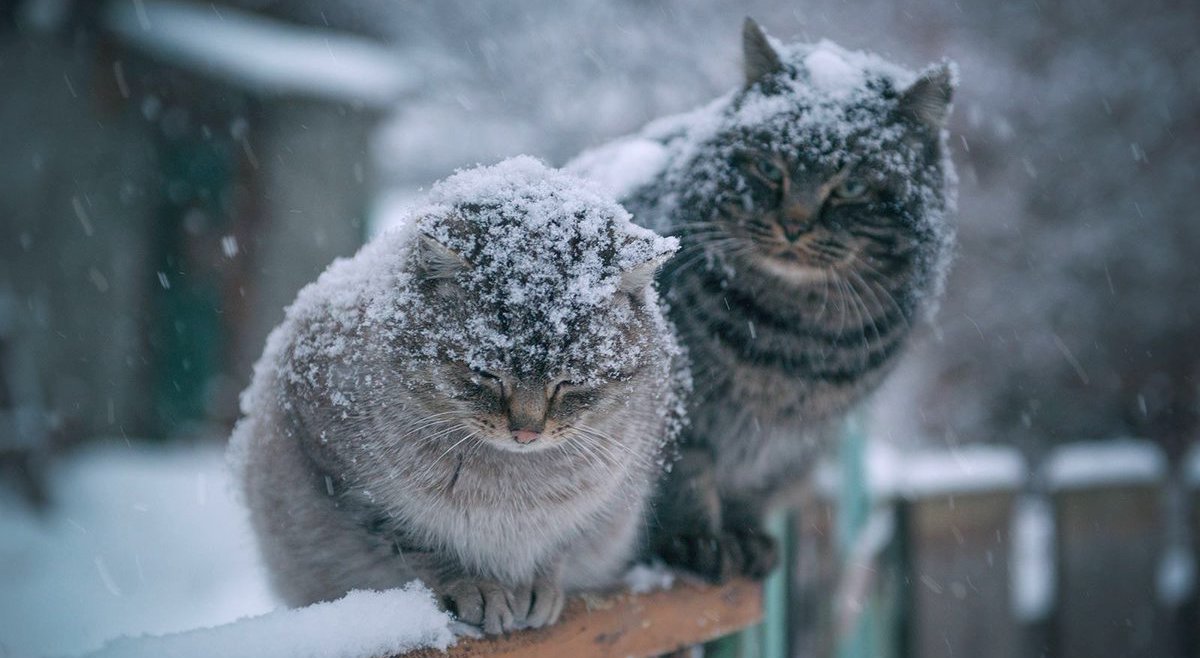 Pandemic Diversions: On the Modern Day Myths and Freaky Folktales of The Siberian Times

I am reading the Siberian Times, an English-language online newspaper on Siberia, which covers all things folk, bizarre, and whimsical east of the Ural Mountains. Established in 2012, the newspaper shares stories from a land mass larger than the entire United States (with loose geographical borders, since Siberia isn’t a specific administrative region of the Russian Federation). At first glance, I consider the paper nothing more than an elaborate satire.

Quarantining at home in New York City for about a year now, while others have aspired to (and sometimes already abandoned) sourdough baking, chess, Japanese classes, and generous cocktail hours paired with Zeitgeist Zoom quizzes, I’ve followed seasons—first blooms, first snow flurries—come and go through the Siberian Times’ tiny Twitter peephole. I am squeezed at the back of a mega post-war building in Manhattan and the Siberian Times is the perfect counter-image to my quotidian.

I learned that Leonardo DiCaprio’s maternal grandmother was Russian and that marking the end of the skiing season in Irkutsk or Sakhalin Island is a celebratory bikini day as people take to the slopes half naked (while I layered up well through early summer). A June 2020 article on global warming and its effect on Siberia turns into a boutique photo-op space for Instagram-era, thirst-trap savvy influencers. Rather than the curves of rising temperatures over longitudinal graphs, the site presents those of young, manicure-ready women reclining on disorienting sand dunes (Dubai or Yakutia?). On the homepage, algorithms generate Siberia-inspired quotes from Chekhov or Dostoevsky, contemporary journalists and other writers. “In Siberia… the land is richly blessed and all that is needed is to make the most of it,” one of them says—a curious plea alongside a piece about local cows needing to wear mouton bras to battle frostbite.

So far, there are two pieces I’ve found particularly revealing. The first is a portrait of the so-called “loneliest” woman, a 76-year-old hermit named Agafya Lykova, to whom, as the piece describes, a Russian billionaire donated an upgraded wooden cabin. Agafya’s parents allegedly fled the Stalin-era religious persecution of the 1930s by taking refuge in the forest. The article claims that her lifestyle is the same as people would have lived at the time of Catherine II, two centuries ago; she’s also, infuriatingly, compared to Mowgli, the feral animal-raised boy from the Jungle Book. For a publication that seeks to “challenge stereotypes” according to a 2012 interview with its online editor, it’s a regrettable, deeply upsetting piece.

What is the intended audience for this projection?

I also lingered on the story of a village which passed a law several years ago to ban the sale of alcohol. According to the Siberian Times, the villagers not only reported a near-disappearance of criminal activity in the community, but significant health gains in a short amount of time. “Now locals are healthier and happier than ever,” the feature says. Too good to be true, I decided, even considering the attractive grandiloquent style of the Siberian Times.  The two stories hint at Siberia’s very real societal challenges as it deals with (post)modernity, the historical legacies of the Soviet Union, and a concerning demographic and health issue; in particular, alcoholism and a shorter life expectancy when compared with the rest of the Russian Federation.

Side by side with these stories is a section titled “Weird & Wonderful” (suggesting that the rest of the Siberian Times isn’t). “Weird & Wonderful” gives ample space to cats, which, traditional Slavic culture holds, ward off evil spirits. In the Siberian Times as on Twitter, when a sizeable cat chases after a fox in the snow, it’s newsworthy. In line with the current tastes of social media, the paper’s magnetic Twitter feed excels at inspiring awe, posting engaging visuals, sceneries made of icy dreamscapes, and titbits of augmented daily life (an Amur tiger injured by another tiger; a “throwback” to pre-COVID reindeer flights from Polar Airlines scheduled to attend a reindeer herder’s congress). Its branding captures an essentialist view of Siberia, building on an effective social media strategy with professional high-resolution photos and polished, millennial-friendly videos shared on the microblogging platform. “The sun is like Thailand, the snow like the Alps, the party like Ibiza,” a headline from April 2018 affirms. Yes! My head spins a little.

When it comes to English-language literature about Siberia, there’s a body of labor-camp and gulag-inspired works, from Chekhov’s Sakhalin Island and Dostoevsky’s House of the Dead to Shalamov’s poignant Kolyma Tales, reminding us that Siberia’s landscape has been the host to historical horrors. More recently, Colin Thubron’s subtle In Siberia (1999) described its post-Communist transition at the fall of the Soviet Union, and The Lost Pianos of Siberia from Sophy Roberts (2020) considered exile through music; meanwhile, the French prize-winning The Consolation of the Forest by Sylvain Tesson explored modern-day solitude and inner-migration on the banks of Lake Baikal.

American writer Ian Frazer, author of Travels in Siberia, referred to Siberia as “an idea [more] than a place.” In many ways, the archetypical image of a boundless Siberia fuels a fabrication of wilderness that stands in contrast to what those living there likely experience every day (along with the diversity of Siberia itself, containing both booming urban centers and vast unpopulated areas). Siberia has carried a mysterious, existential appeal for centuries through arts and culture—and for me, too, until I realized my outsider view associating the region with deep nostalgia, the longing for an unspoiled nature against the contemporary woes of the world, and other romantic attributes, resulted from a banal Orientalist gaze.

Is the Siberia of the Siberian Times real or a mere vestige of the Western-influenced imagination?

The Siberian Times seems to have built its online presence on perpetuating the narrative of a timeless periphery. The newspaper distinctively pushes for semiotic clickbait-y titles and content that edges on mystical-cum-extraordinary hyperreality, with fabulous stories of shamans, beasts, anodyne, quirky, fantastical slices of life and other picturesque seasonal customs. It exudes a sense of melancholic exoticism, as its symbolic significance is attached to a colonial settler mindset (since the Russian conquest and expansion, Siberia’s Far East forms a borderland and frontier). What is the intended audience for this projection?

French intellectual Jean Baudrillard suggested that our search for meaning required difference and opposition (Siberia is not New York City but Siberia). He defined hyperreality as our inability to distinguish reality from its over-simulation in postmodern societies, a definition with strong relevance to our present tech-infused reality, in which misinformation grows in the space of murky delineations between truth and lies. Is the Siberia of the Siberian Times real or a mere vestige of the Western-influenced imagination?

More than a decade ago, I crossed a portion of Siberian territory, watching it go by from a window seat aboard the Trans-Mongolian train. I had left Ulan Bator after an impromptu three-week stay due to visa delays; when the train departed from the Mongolian capital, it had felt like embarking on a journey of dramatic, Cendrarsian scale. When we briefly stopped in Irkutsk, many travellers bought dried salmon and other local snacks from women on the platform. The Moscow-bound train continued its course for the next few days; I promised myself to visit again one day, maybe in 2020. Instead, this year, I stayed home and reconciled my decade-old memory with the Siberian Times-curated posts, as I tried to assess their veracities.

I’ve looked for a mental escape this past year; and I found one, a perfect antidote to the anguish, in a meta-space opposing the many non-places surrounding me. I could momentarily lose myself in cognitive dissonance limbo. The Siberian Times is, in a way, an endless book of fiction in serialized form, where pretense is at times convincing enough to fool, where no narrator is truly reliable.

Farah Abdessamad is a French-born writer, currently based in New York City. Her essays and reviews have appeared in The TLS, Review31, the Markaz Review and other venues. Farah is at work on a novel and a collection of essays. You can follow her @farahstlouis. 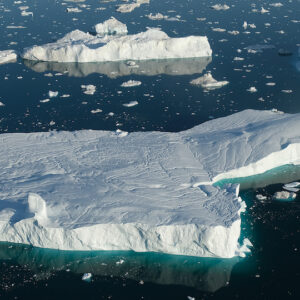 Earlier this month, I had the great pleasure of asking seven novelists who write about climate change and environmental problems—Omar...
© LitHub
Back to top