Why the Uncanny Valley Continues to Fascinate Us

Here’s an elevator pitch. You’re you, right? You are who you are, doing the stuff you do. But let’s say there’s another you out there, an exact double, and they’re walking around, doing the stuff they do, what then? What happens if you actually come face to face with this person? Does one of you have to die? If so, which one? And why? What does it all mean?

Doppelgänger stories have been around for a very long time, and their appeal shows no signs of abating. Novels written in the 21st century that use the mechanism include Jose Saramago’s The Double (2002), Tana French’s The Likeness (2008), Neil Jordan’s Mistaken (2011), and Joyce Carol Oates’s Jack of Spades (2015). So what is the appeal? Well, as must be obvious from the narrative diversity of even these recent examples, it’s hard to nail down. Add in earlier iterations of the motif (Palahniuk’s Fight Club, Nabokov’s Despair, Du Maurier’s The Scapegoat, Conrad’s The Secret Sharer, Henry James’s The Jolly Corner, Stevenson’s The Strange Case of Dr Jekyll and Mr Hyde, and Poe’s William Wilson) and it’s harder still. Just try reverse-engineering a paradigm out of all these works considered together and see where that gets you.

Part of the problem is that our notion of the double, and our experience of it, is not exclusively literary in nature or origin. It’s hardly surprising, therefore, that the doppelgänger, with its very deep roots in human culture, has accumulated a great deal of symbolic baggage around it: superstitious, mythological, religious, philosophical, and psychological. It is this last category, however, the psychological baggage, which tends to be the most elaborate and carefully constructed, and which dominates our current thinking when attempting to understand or analyze any of the stories named above.

Thanks mainly to Freud and Lacan, we have a clear idea of what the figure of the doppelgänger means. It is either an alter ego, a duplicated and identical second self, which may be a supernatural presence or a paranoid hallucination (such as in William Wilson); or it is a split personality, a troubled self divided into polar opposites, the dark aspect manifesting as a projection of guilt or conscience or rage (such as Dr. Jekyll and Mr Hyde). Furthermore, the identical alter ego is associated with the developmental mirror stage, which requires identification of the self with an external image in order to develop an ego; and the split personality is associated with the Oedipal or castration stage, which demands renunciation of the transgressive, morally unacceptable aspect of the self as part of the process of socialization.

So now we know.

But do we really? These interpretations of the doppelgänger motif are useful, illuminating, and—in retrospect, at least for readers—applicable. But are they actionable? Would any writer, contemplating a doppelgänger tale, think to herself, Yep, reckon I’ll whip me up an order of split personality with a side of Lacanian castration anxiety? No . . . because that’s not how it works. As with any other literary device, or piece of narrative architecture, the doppelgänger operates on a different, much less rational level. It was Freud himself who first recognized this and wrote about it with extraordinary insight.

In a 1919 essay called “The Uncanny,” Freud discusses the notion of the double in terms of aesthetics. He defines the uncanny as something familiar yet strange, something homely yet alien, and while he does firmly link our experience of the uncanny to the “return of the repressed,” he also seems quite ambivalent about it all, admitting that there may be an aesthetic dimension here that extends beyond the merely psychoanalytic—that there is a clear distinction to be made, in short, between the uncanny as we experience in it real life and the way we experience it in fiction. This seems eminently sensible to me, because I don’t think a doppelgänger story should necessarily have to explain itself or be logical. It can certainly be used to explore notions of personal identity and our sense of who we are, but its use must not necessarily obey a strict formula or some sort of psychological code. Writing a story is an organic process, which may follow, even require, certain internal modalities and rhythms, but you can’t deploy critical theory to predetermine the shape or outcome of a story. This is why there is such a wide variety of narratives even within a category as apparently narrow and defined as the doppelgänger story. And it is precisely this amorphous, mutable quality, I think, that makes it something we can return to again and again.

It is also for aesthetic reasons that the motif works so well in the visual arts and film. From Dante Gabriel Rossetti’s haunting “How They Met Themselves” to Krzysztof Kieslowski’s shimmering paean to intuition, The Double Life of Veronique, we are captivated by the visual poetry of mysterious duplication. Otto Rank, in his 1914 book, The Double: A Psychoanalytic Study, describes watching the German doppelgänger flick, The Student of Prague, in which the protagonist’s reflection literally steps out of a mirror frame to haunt him. Rank writes, “An obscure but unavoidable feeling takes hold of the spectator and seems to betray that deep human problems are being dealt with here.” And this is exactly right—it’s a feeling, an affect. What the double motif arouses in all of us is an aesthetic frisson, regardless of whether the story is dealing with spirit doubles, long lost twins, evil twins, alter egos, split personalities, or projections. And so, with Hitchcock’s Vertigo, Antonioni’s The Passenger, Cronenberg’s Dead Ringers, and, more recently, Denis Villeneuve’s exquisitely disturbing adaptation of Saramago’s novel, Enemy—along with all of the stories and novels previously cited, going back to the early Victorian period—what we have is a dense, ever-expanding kaleidoscope of enquiry into the nature of personal identity.

It will be interesting to see where the form goes from here, to see if we can retain our sense of the uncanny in a world of cloning, face-recognition software, and DNA tracking, a world where we can effectively now moderate our own doppelgängers online through social media. As the specular image gives way to the digital avatar, I’m not sure that Freud and Lacan will be of much help. What will?

What Do We Mean When We Say Women's Fiction?

10 Giant Translated Novels that Make a Mockery of "Subway Reading" 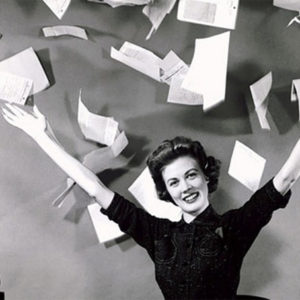 What Do We Mean When We Say Women's Fiction?

The first time someone referred to my novel as Women’s Fiction—the less infantilizing term for chick lit—I died a little...
© LitHub
Back to top