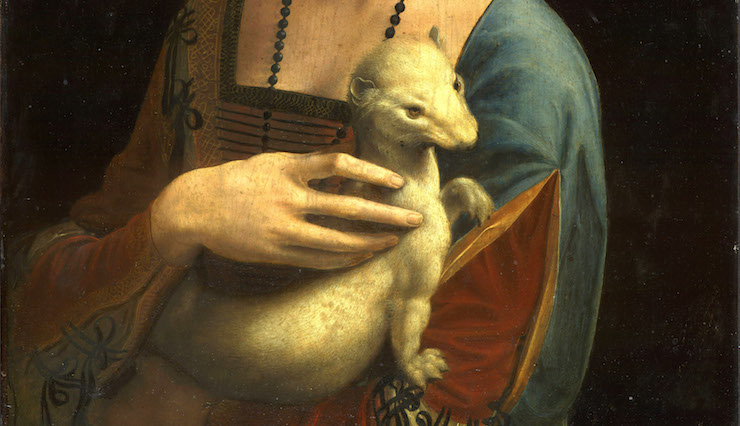 Ten Years on from 'Magic for Beginners' and Fabulism Has Won

By Laura I. Miller

When Kelly Link’s second short story collection, Magic for Beginners, was published ten years ago this week, the showdown between realism and fantasy was in full swing. As Audrey Niffenegger wrote in her review of Link’s book for The Guardian in 2007, “I don’t know about you, but I’m kind of fed up with realism.” For many readers of my generation, it felt as if domestic realism had fallen behind in its ability to capture how we experienced the world—and, perhaps more importantly, how we wanted to experience the world.

Luckily, the literary landscape was changing, and changing fast. The past decade has witnessed the meteoric rise of previously ignored author JK Rowling, whose penultimate book in the Harry Potter Series, The Half Blood Prince, was released the same year as Magic for Beginners to unprecedented success. Alongside Kelly Link, fabulist authors like Aimee Bender, George Saunders, Lucy Corin, Kate Bernheimer, Karen Russell, Matt Bell, and Kevin Brockmeier were earning critical acclaim.

Ten years after the publication of Magic for Beginners, which won the Locus Award for best short story collection in 2006, the debate between realism and fabulism seems to be over—or at least at an agreed-upon truce. Largely due to the efforts of authors like Kelly Link, the literary world has diversified. As breakout magical realist Amelia Gray, author of Museum of the Weird, Threats, and Gutshot explains, “Kelly is a genius worldmaker who has had me under her spell for years. Magic for Beginners saved me from my required classics reading in grad school and has since become a classic in its own right.” Authors who borrow from fairy tales, fantasy, and science fiction have received major awards and fellowships, and Kelly Link’s latest collection, Get in Trouble, appeared on the Los Angeles Times Bestseller List alongside books from fellow speculative authors Neil Gaiman and Emily St. John Mandel.

For many readers, Magic for Beginners played an essential role in helping bulldoze the path for the resurgence of magic in American literature. In Link’s hands, familiar fairy-tale characters like singing ghosts, talking cats, and child-thieving witches, who were often dismissed as stereotypical, ergo simplistic, took on entirely new dimensions.

In her short story, “Catskin,” for example, we learn that “since witches cannot have children in the usual way—their wombs are full of straw or bricks or stones, and when they give birth, they give birth to rabbits, kittens, tadpoles, houses, silk dresses, and yet even witches must have heirs, even witches wish to be mothers.” With utmost confidence (and this is key), Link uproots the cursory interpretations of domesticity and the feminine in fairy tales that many Americans inherited thanks (or no thanks) to Disney.

In another story, “The Faery Handbag,” she addresses this issue directly: “I hate those movies, those books, where some guy gets to go off and have adventures, and meanwhile the girl has to stay home and wait. I’m a feminist. I subscribe to Bust magazine, and I watch Buffy reruns. I don’t believe in that kind of shit.”

But the stories in Magic for Beginners do more than just bewilder our fairy-tale sensibilities. As noted fabulist Aimee Bender, author of The Color Master among other books, said about her experience with Magic for Beginners: “I teach ‘Catskin’ from that book, so I’ve read it numerous times and every time it seems to me to speak of loss and tenderness in the most bizarre and honest ways. The whole book is like that, as is her work in general—she is excavating toward the real stuff, as all writers try to do, but her tools are utterly her own. Which means the feelings sidle up to a reader with a beautiful sneakiness.

“One of my favorite parts of that particular story is that the witch raised her house from a dollhouse until it grew full size. That image is so pleasing to me—it has the indelible logic and reasonable quality of the best fairy-tale images, while also being utterly fresh.”

While Kelly Link wasn’t the first to apply a contemporary lens to fairy tales, she’s one of few to imbue them with a sort of domestic surrealism that seems to resonate with contemporary readers. Across the odd worlds Link creates in Magic for Beginners, the living marry the dead, the dead sew themselves into cats, and families go to war riding on the backs of haunted suburban rabbits—yet underneath it all are notions of gender equality and inclusivity. For the characters and the readers, magic doesn’t provide easy solutions; rather, magic illuminates the black holes and universes expanding within each of us.

No story better illustrates this idea than “Stone Animals,” which appeared in Best American Short Stories in 2005. In this unforgettable story, the pregnant and gas-mask wearing protagonist, Catherine, paints the walls of her family’s new suburban home in shades of Midnight Eggplant and Lavender Fist. Meanwhile, her husband, Henry, can’t escape the clutches of his boss, The Crocodile, so named for the tear-duct dysfunction that causes her to shed tears without provocation. As Catherine and Henry’s relationship deteriorates, anxiety manifests in the hundreds of rabbits that populate their lawn and the strange hauntings that overtake their belongings. “‘You can’t touch that breast,’” Catherine said. ‘It’s haunted.’”

The conflicts between work and home, city and suburbia, communication and silence, are nothing new—it’s Link’s ability to saturate surreal images with domestic longing that gives the story its power.

Nobody I talked to seemed more enthusiastic about what Kelly Link does than Karen Russell, author of Vampires in the Lemon Grove and recipient of a MacArthur Foundation Genius Grant: “What I really admire about Kelly is her willingness to follow the gleam of her own intelligence and to let these fast-moving, subterranean forces shape her stories. It takes real courage, I think, to ride out to the frontiers of sense in fiction, and Kelly does that so beautifully, with humor and courage and weirdness. Also when I read her, I get the shivery pleasure, and I think this is true of her many devoted readers, of an encounter with an absolute intelligence. The world evolved this freakily beautiful stained glass window that is Kelly’s mind, a unique lens onto reality.”

Today, it’s increasingly clear that fairy-tale worlds will endure in the hearts and minds of the American public, as they have elsewhere for thousands of years. The real/surreal divide is collapsing. Yet Link’s stories, even ten years ago, were never about refuting or debating realism. Link’s work has always, at its heart, been political. Her stories are about more than strangeness, more than the fantastic—they’re about inclusion, diversity, and acceptance of alternate world views, whether they skew feminine, animal, transgender, or zombie. Ten years later—on the heels of the Supreme Court decision on marriage equality—there’s more room than ever for people like Kelly Link. People who work tirelessly to expand our capacity for wonder.

Feature image is a detail from “Portrait of Cecilia Gallerani (Lady with the Ermine),” about 1488.

Laura I. Miller is a program assistant at Lighthouse Writers Workshop. Her stories, essays, and interviews appear (or will appear) in Mid-American Review, Cosmonauts Avenue, Sonora Review, Necessary Fiction, Specter, Spork, and Oxford American, among others.

Quintessential American Fiction, According to the Rest of the World 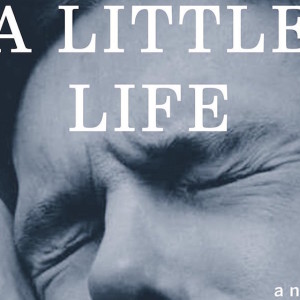 Every other week Oscar van Gelderen, the publisher at Lebowski in Holland, who blogs here, summarizes a notable work of fiction...
© LitHub
Back to top