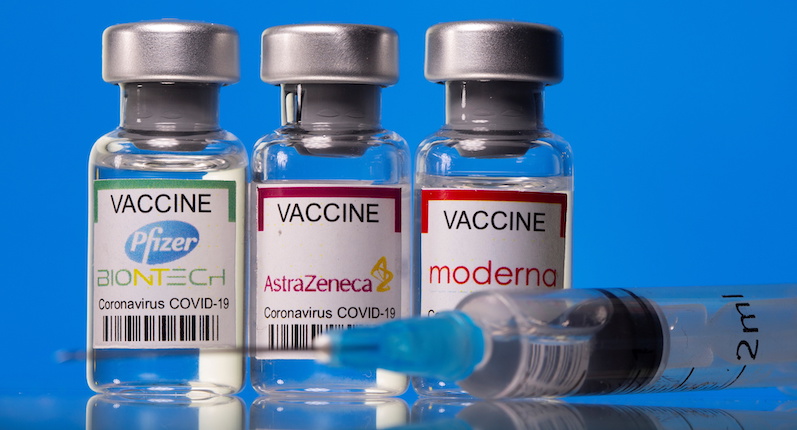 The scientific community’s response to the coronavirus will go down in history as one of humanity’s more remarkable collective achievements. After 40 hours of nonstop work, on January 5, a team led by Professor Yong-Zhen Zhang at Fudan University in Shanghai was the first to complete sequencing of the virus’s genetic code. At that point, the Chinese authorities were still trying to black out the inconvenient news. To break the impasse on Saturday, January 11, one of Zhang’s Australian collaborators published the sequence online. Zhang was sanctioned for his indiscipline, but the information was out. Work on what would become the Moderna mRNA vaccine began on January 13. In Germany the Pfizer/ BioNTech vaccine was also mapped out within days, as was that being developed at Oxford University.

Well before the outbreak had become a pandemic, scientists had a plan for an antidote on their drawing board. But having a formula and having a vaccine whose efficacy and safety had been legitimately tested and whose production was ramped up to scale were very different things. The drama of the coronavirus vaccine was that for the first time, all three processes—development, testing, ramping up production—were accomplished simultaneously, on a scale intended in due course to cover the entire population of the world, even as the pandemic was still progressing. The researchers got to a solution so fast in part because much of the basic research and preclinical testing on animal models had been done in 2003 in response to the SARS pandemic. The SARS crisis had ebbed before the vaccine development was completed. This time round, the global vaccine race developed a gigantic momentum.

Moderna’s trials began on March 16. Pfizer/ BioNTech went to trials on May 2. First results were available by mid-July. By the end of the month, both Moderna and Pfizer were pushing into Phase III trials. By the last week of October, 74,000 participants were enrolled. First results from Pfizer/ BioNTech emerged by November 9. Moderna’s followed a week later, AstraZeneca on November 23.

Attention tends to focus on the Pfizer/ BioNTech and Moderna vaccines because they were the first approved in the West and because their technology was so innovative. The announcement of their test results changed the outlook in November 2020, but they were not the only ones. Despite a series of mishaps during testing, AstraZeneca’s cheaper and more robust vaccine promised to have greater reach. Around the world, by early January 2021, ninety other vaccines were in various stages of testing. Millions of researchers had turned their laboratories and computers toward the disease. In 2020, around 4 percent of the world’s entire published research output was devoted to coronavirus problems.

This mobilization is rightly celebrated as a collective triumph of the human spirit, but it was always also crosscut with competition, rivalry, and the battle for exclusive property rights. Vaccine development was a race, driven not just by scholarly or humanitarian ambition, but by the pursuit of power and profit. In light of the urgency of the collective need for a vaccine, this could seem scandalous. It is in fact the norm. Public health and the modern pharmaceutical industry are zones in which the interests of science and medicine have always intersected those of business and the state.

Before the outbreak had become a pandemic, scientists had a plan for an antidote on their drawing board.

From the beginning of modern virology and vaccine development, the U.S. military played a leading role in fighting diseases ranging from yellow fever to hepatitis. In 1945, American GIs were the first people in the world to be vaccinated against the flu. In 2020 the largest state-led effort to develop a coronavirus vaccine was the American one. Inspired by the Manhattan Project of World War II, but boasting title straight out of Star Trek, Operation Warp Speed was launched on May 15, 2020. It was a collaboration between biotech, big pharma, and two giant government bureaucracies—the Pentagon and the Department of Health and Human Services. By the end of the year, it had spent $12.4 billion on development and manufacturing deals with six leading pharmaceutical groupings.

Three of these were American (Johnson & Johnson, Moderna, and Novavax), two were European (Sanofi/ GSK, AstraZeneca-Oxford) and one was a transatlantic collaboration (Pfizer/ BioNTech). The initial target was set for October. The leadership paired a venture capitalist, a former director of R& D at GlaxoSmithKline and Moderna board member, with the logistical expertise and political heft of the four-star general who heads the U.S. Army’s Matériel Command. In Washington, D.C., Operation Warp Speed had a distinctly military flavor. High on the team’s reading list was Freedom’s Forge, a glowing account of how “American business produced victory in World War II.” Not for nothing the same book was also popular with the Green New Deal crowd. The military members of Operation Warp Speed turned up for work in uniform and set a “battle rhythm” of daily meetings.

The flair may have been military, but no one was conscripted on to Operation Warp Speed. Whether companies joined up was their decision. Merck, one of the giants in the vaccine field, chose to take a backseat. Johnson & Johnson had already closed a $450 million vaccine deal with the Trump administration at the end of March 28. Of the mRNA front-runners, it was Moderna that most needed help. It was a leader in research, but it had only 800 employees and had never run a Phase III clinical trial. The managerial assistance Moderna received from Warp Speed was as important as the $2.5 billion in funding from the U.S. government. Moderna’s team supervisor was a Defense Department official known only as “the major.” His services included rustling up blue-lighted police escorts to override Covid-19 limitations on interstate trucking and arranging airlifts of vital manufacturing equipment.

This mobilization is rightly celebrated as a collective triumph of the human spirit, but it was always also crosscut with competition, rivalry, and the battle for exclusive property rights.

As one of the oldest and largest pharmaceutical firms in the world, with a fearsome reputation for its competitive practices, Pfizer had less need for this kind of help. Through its partnership with BioNTech it had acquired all the scientific know-how it needed. Pfizer was of course happy to take U.S. government money, signing a $1.95 billion advance contract for 100 million doses. Otherwise, its outspoken CEO Dr. Albert Bourla preferred to hold Trump’s erratic vaccine politics at arm’s length. The most direct government input to its development process came not from the United States but from Germany.30 Berlin put $443 million into BioNTech, Pfizer’s R& D partner. A further $118 million came from the European Investment Bank.

As far as American politics were concerned, Pfizer’s concerns were amply justified. While Trump spent much of the summer bragging about an imminent vaccine, the overriding concern of the drug firms was the legitimacy of the drug certification process. The science told them that they had a remedy that was both safe and effective. The real battle was to establish these facts beyond reasonable doubt. In the modern medicolegal environment, that was always a challenge. In the United States in 2020, it was truly an uphill battle.

In a summer of Black Lives Matter protests, with Black and Latino patients dying of Covid-related problems at a much higher rate than white patients, the diversity of the trial populations was a key concern. In late August, Operation Warp Speed officials realized that the Moderna trial population was far too white. At the last minute, funds had to be mobilized to recruit minority volunteers. That gave Pfizer, which had invested hundreds of millions of dollars in its trials, the edge in the race to the finish line.

What worried Pfizer was the legitimacy of the FDA process itself. When the president began attacking the agency, Bourla decided to draw a line. He contacted his counterpart at Johnson & Johnson, and the two of them recruited further support. In the open letter released on September 8, the nine leading firms of the pharmaceutical industry declared their determination to “unite to stand with science.” The FDA guidelines were the gold standard of drug regulation, and they would follow these to the letter. It was a further instance of the refusal of big business to fall into line with Trump’s agenda, and this one had immediate practical consequences. As the election approached, Pfizer its foot on the brake.

In drug trials, a critical variable is threshold set for significance. Of all the leading contenders, Pfizer had set the most aggressive trial protocol. It would conduct a check of interim results as soon as 32 participants in the 42,000-person trial developed Covid-19. This threshold was significantly lower than by Moderna. FDA had let it be known that it was unlikely to issue an emergency use authorization” on such a slender basis. The last that Pfizer wanted was to find itself trapped between Trump and FDA. On October 29, Pfizer asked the FDA for approval to raise the bar to 62 cases. This effectively dashed any hope of an announcement before election day. Indeed, Pfizer did not even start testing the samples it had in hand until November 3. If it had started sooner, it feared having to disclose the results to the stock market. It was not until November 9, finally, that the news of the vaccine’s 95 percent effectiveness was cleared for public release.

It was on the one hand a vindication of due process and the authority of the science. On the other hand, it was an extraordinary adherence to formal procedures for what were, in the broadest sense of the word, political reasons. Trump of course took that personally, blaming the drug companies for denying him his victory. He was no doubt a risk factor, and few in corporate America mourned the passing of his presidency, but what was really at stake was the legitimacy of the pharmaceutical business and the authority of public science. 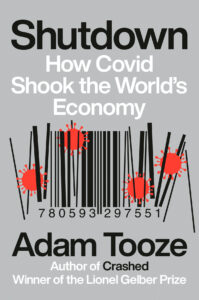 From Shutdown, by Adam Tooze, published by Viking, an imprint of the Penguin Publishing Group, a division of Penguin Random House LLC. Copyright © 2021 by Adam Tooze.

Adam Tooze is a professor of history at Columbia University and the author of Crashed, winner of the Lionel Gelber Prize, a New York Times Notable Book of 2018, one of The Economist‘s Books of the Year, and a New York Times Critics’ Top Book; Wages of Destruction, winner of the Wolfson and Longman History Today Prize; and The Deluge, winner of The Los Angeles Times Book Prize. He formerly taught at Yale University, where he was Director of International Security Studies, and at the University of Cambridge. He has worked in executive development with several major corporations and contributed to the National Intelligence Council. He has written and reviewed for Foreign Affairs, the Financial Times, The Guardian, the Sunday Telegraph, The Wall Street Journal, Die Zeit, Sueddeutsche Zeitung, Tageszeitung and Spiegel Magazine, New Left Review, and the London Review of Books. 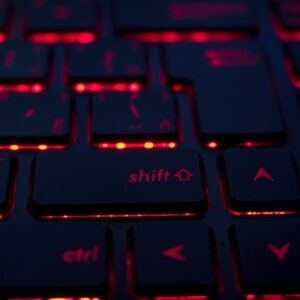