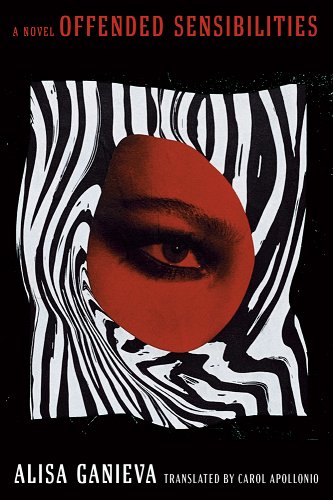 The following is from Alisa Ganieva's novel Offended Sensibilities. Alisa Ganieva is a writer of fiction and essays. In 2009, her first long story—"Salam, Dalgat!" about her native land in the Caucasus—won the prestigious Debut Prize a major literary award for young writers. Ganieva is the author of three novels, all of which have been published in English by Deep Vellum: Bride and Groom, The Mountain and the Wall, and Offended Sensibilities.

A man was running, lurching awkwardly in the drizzling rain. “Drunk,” thought Nikolai, braking at the red light, “look at him staggering.” Dusk had drawn a veil over the streetlights, which flickered uncertainly on their aluminum posts. The mercury in the bulbs must be running low. Ivan the Terrible, Nikolai suddenly recalled, was poisoned by a mercury salve he used to treat his syphilis. He rubbed his feet with it. Or maybe someone else did?

Down by the river,
On the other shore,
Marusenka washed her feet so white.
Where were you all night,
Who were you with,
Mar…

A great hand slapped palm-down against the wet driver’s-side window. Nikolai lowered the glass. Same guy. Expensive jacket, gold ring on his finger. He looked upset, but still, a man of substance. Tipsy, maybe, but not a complete boozer.

The man nervously wiped the rain off his face. “Give me a ride, brother!” he pleaded in an unexpectedly low bass voice.

“Do I look like a taxi driver?” snorted Nikolai, offended.

“Was something not clear? I’m not your personal chauffeur!”

The light turned green, and the cars behind them blared their horns. But the strange man collapsed against the car heavily, like a sea lion, and Nikolai couldn’t budge.

“Hey, bug off!” he yelled, but the stranger reached in and waved a bulging wallet under his nose. The wallet smelled of fresh calfskin. The man started tossing handfuls of five-hundred-ruble bills into the car. The banknotes rained down on Nikolai’s shoulders and his potbelly and scattered on the floor under the seat. The cars behind them kept honking angrily.

“What the hell is your problem?” grumbled the bewildered Nikolai. He hesitated, then unlocked the back door. The man, panting heavily, clambered in and collapsed onto the back seat. The door slammed, and the car heaved forward with a groan.

Nikolai adjusted the rearview mirror, provoking a gentle clatter from the string of beads hanging there.

Beads in your hand; broads in your head… flashed through Nikolai’s mind, unbidden. The passenger’s reflection stared anxiously out the rain-spattered window.

“Where are you headed?” Nikolai asked sternly.

The man started. “What about you?”

“What, are you running away from someone?”

The man didn’t answer, just continued panting, taking short, rapid breaths. Strange—he didn’t smell of alcohol. Nikolai focused on the wet road ahead and let his mind wander. He had read somewhere that at any given minute seven percent of the world’s population was drunk. What does that add up to? Nikolai furrowed his brow and tried to do the math. Fifty million? If this wheezing guy really was soused, he ought to reek of alcohol. Maybe the herbal sachet that his wife had hung at the windshield had muffled out the smell. Essential oils. She’d sewn it herself. The seam was uneven.

His wife said that since they’d bought the car used, it was tainted with the energy of its former owners. They needed to perform a ritual cleansing. You light a candle using a paper banknote—as little as a hundred rubles (the amount is not the point; the main thing is to be sure that it burns completely)—and hold it over the hood, shouting, “Paid for success!” Walk clockwise around the car, making twelve complete circuits, then extinguish the flame, toss the stub into a vacant lot, and you’re good to go.

Nikolai breathed in the lavender aroma through his nostrils.

“Did you know?” he addressed the passenger, politely now. “A colleague told me recently that ants communicate through smell; have you heard that?”

“What? Huh?” The man stirred in the back seat.

“Ants, I’m telling you. They have pheromones. If an ant dies, the pheromones remain on his body, and the whole ant clan spends a week just hanging out with him, shooting the breeze, can you picture it? Until the biochemistry wears off. They think he’s still alive. It works the other way around, too. If you sprinkle a living ant with the smell of carrion, it’s as though he’s already decomposing, and that’s the end for him. They haul him off to the ant cemetery.” Nikolai chuckled. “Poor little bastard, he resists, tries to scurry back to the anthill, but they just grab him again and drag him back to be buried. How about that? Can you imagine?”

The passenger nodded; he seemed to be following. But he kept wheezing, and his hand convulsively clutched at the chest of his stylish jacket.

“I didn’t know that ants had cemeteries.”

“They could even have their own ant wheelbarrows; it wouldn’t surprise me a bit,” chortled Nikolai. He was in a good mood now; he’d managed to pick up a passenger just like that, without even trying. “Why didn’t you just call an Uber?”

“Uber-Buber… so people can keep track of my comings and goings? No, I’ve had enough of that.”

But the rider clammed up again.

“Everyone is afraid of something,” mused Nikolai aloud. “Some are afraid they’ll leave their phone at home. My daughter is like that. There’s even a name for it, I’ve forgotten, something-phobia. People are afraid of microbes. Of getting old. Moles, airplanes, gold, blindness. Getting cancer, stepping in dog shit. Getting married. Falling in love. Farting in public. Being onstage in front of a crowd. Doctors, their mother-in-law, their reflection in the mirror. Lice, radiation, AIDS, terrorists. To go to sleep and never wake up. A hair in their food. Clowns, computers, drafts. Bad breath. Empty rooms. Tunnels, heights, water, money, medicines. The evil eye…”

“What do you do for a living?” the passenger interjected.

“I work for a construction company. What about you?”

“A construction company? Which one?”

“You, too?” Nikolai again adjusted the mirror, trying to get a look at the man’s face.

But instead of answering the man peered out again into the rainy darkness.

“Just like you asked. We’re about to get on the bypass, and from there we’ll go to Central Street.”

The man seemed calmer. He turned from the window and confided, “About things people are afraid of… I have gotten scared of my telephone recently. Eyes everywhere, you know what I mean?”

It seemed Nikolai did know. A clouding of the reason. Persecution mania. That thing, what do they call it, paranoid schizophrenia. It had been creeping gradually into town and now everyone was in its grip. Nikolai’s friends had taken to sitting on their cell phones during conversations, tucking them under their warm butt cheeks; they covered their webcams with insulation tape; they tiptoed onto the Internet, using anonymizers.

Listen to Chapters 23 and 24 of Dracula

How to Become a Zen Millionaire: The Japanese Art of Making Peace With Your Money 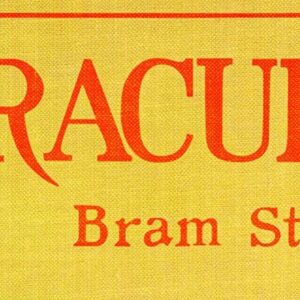 Listen to Chapters 23 and 24 of Dracula Today we continue with Dracula, Bram Stoker’s classic tale of horror and vampires, read by narrator Gildart Jackson. Listen...
© LitHub
Back to top