Lauren Elkin in the Streets of Paris

We were just putting the baby to bed when we realized there were more sirens than usual screaming past our windows on the Boulevard de Magenta. Something must be happening in Paris, we said to each other. I got on Twitter, where Notre Dame was trending. We turned on the TV. And what I saw is now seared into my memory.

We changed channels, France 2 to BFM to TF1, as we tried to get updated images of the fire. The pompiers arrived, their arcs of water echoing the flying buttresses, as if the stone itself were dissolving into liquid. On France 2 there was a fake image of Paris behind the newscasters and on it Notre Dame was intact. I couldn’t tear myself away from the computer, from the TV. It felt obscene to watch. But it also felt imperative, like a kind of witness-bearing. The fire ate a hole in the roof and it looked so wrong, so abject, but the watching was a necessary act, like sitting up through the night with a close friend with a terrible wound; you don’t want to leave them alone. Eventually I couldn’t stay in the flat: I had to get down into the street and walk. I grabbed my keys and my coat. I’ll be back, I called out.

I’ve taught Notre Dame de Paris many times in my classes on writing the city, and I always like to give my students the chapter where Hugo stops the action of the plot and describes Paris as seen from the towers of the cathedral, first as he imagined it looked in the 15th century and then again in his own day. It’s an amazing panorama of an imagined city and a real one, and I use it as a way to begin the semester, to think about how impossible it is to perceive the city in its unity. How when we travel to a new place, the first thing we do is climb something tall, but first we have to look one way, then another, then another to get the measure of it. The city defies our attempts to know it. And Hugo’s view from Notre Dame is the closest we can get to apprehending it.

Last night we almost lost our viewpoint on the city. Instead of looking at Paris from the towers, all of Paris watched the towers themselves, praying they would stand through the night. I walked all the way down the rue du Faubourg Saint Martin, with no idea how far I would walk, all the way to the cathedral if I could. I looked at all the people as I went, some glued to their phones, others—obliviously?—drinking and chatting with friends in the many bars, cafés, and restaurants along the way.

That aerial photograph, of the nave and transept in flames, like a burning cross, was so symbolically ominous it ratcheted up the hysteria on Twitter.

Elsewhere in the city, as I saw on Twitter, people prayed to God. People posted videos of other people praying to God. People came together and sang to the Virgin Mary, Sainte Marie mère de dieu, Ave Maria grazia piena. Friends in Montmartre or Belleville reported looking at a burning hole in the landscape, as people around them cried. But down at street level, where you couldn’t see anything much beyond the next street light, no one seemed particularly emotional. I watched the steeple collapse somewhere near the rue du Grenier Saint Lazare. I walked towards the smoke that I could dimly make out above the horizon, thinking of the smoke the Vatican sends up as the cardinals try to name a new pope. Catholic smoke as a symbol of transformation, transcendence, or at the very least, an update on where things stand, news of what’s happening relayed to those of us down here on the ground.

That aerial photograph, of the nave and transept in flames, like a burning cross, was so symbolically ominous it ratcheted up the hysteria on Twitter. But down by Beaubourg, it was a night like any other. I stopped short somewhere amidst the creperies and postcard stands. I knew if I walked just a little further I would see the building itself in flames, and I just couldn’t bear it. I was flashing back 18 years, to a beautiful sunny Tuesday morning, when I walked south down Lexington with the firetrucks screaming down the avenue alongside me, and there was no Twitter yet, and I didn’t know why. When I got to work I kept watch for hours looking south from the ninth floor of a building on Madison Square Park, watching the giant fireball in the middle of the towers, watching them collapse, one by one, unmediated by television, unable to measure the significance, just watching.

On my way back to my flat I walked past a building on the rue du Faubourg Saint Martin where Jews had been held as an annex to the internment camp at Drancy; they were made to sort the objects looted by the Nazis from other Jews who’d already been deported, before eventually being deported themselves. I wondered what would still be standing by the time I got home, by the time we woke up in the morning.

Someone on twitter was saying something like “war abuse rape and people are upset about a church?” She was being a dick but she wasn’t entirely wrong. We get most upset about the things that tear a rent in our everyday lives. But daily life sews the hole back up, and though we swear never to forget, we usually do, until the gash opens again, and we find we can’t look away, and we wonder, in all sincerity, why.

Where Suspicion Meets Reality: How Conspiracy Enters the American Mainstream 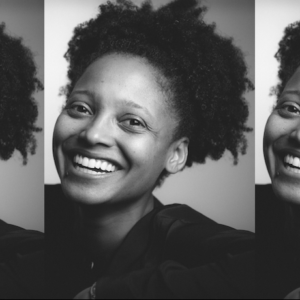 Lit Hub Daily: April 16, 2019 These five books just won Pulitzer Prizes. | Book Marks “If Buttigieg is elected, do I think it bodes well for his presidency...
© LitHub
Back to top