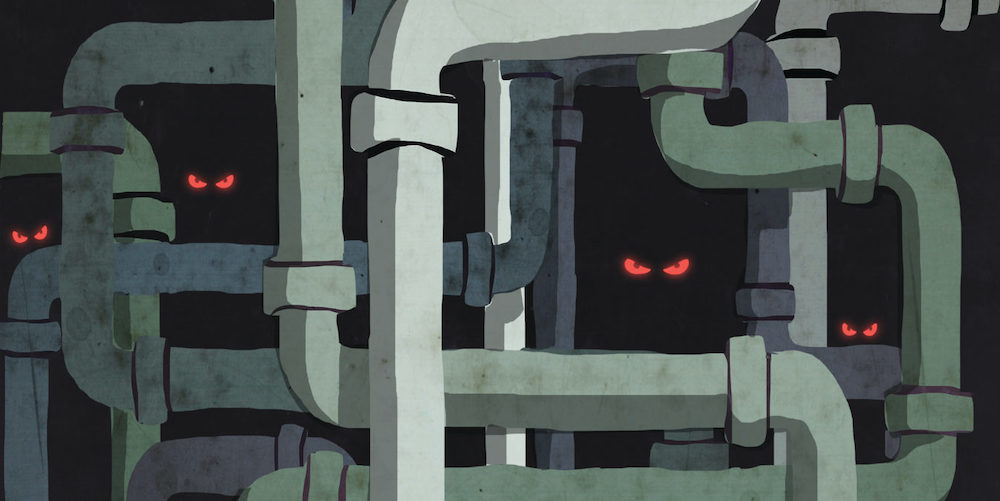 Ralph Nader's Fable of Sloth and Corruption on the Hill

It was one of those uncomfortable morning strategy sessions with his senior staff. For House Speaker Reginald Blamer, the discomfort was in having to figure ways to continue blocking a long overdue raise in the federal minimum wage for many millions of low-income workers when he knew in his gut that it was not the right thing to do.

“We’re in the crosshairs,” he would say, starting such Congressional meetings in his spacious office.

Not that his anxiety would cause him to renege on the implicit promise he’d made to the Big Boys to stop the move in Congress to raise the minimum. But there was still background anxiety. After all, politicians are only human, and, like many, Speaker Blamer came from a large family that had lived through tightened circumstances. His father was a tavern keeper and his mother a seamstress.

Deep anxiety, however, did have one inherent comfort at such morning gatherings; it tended to work in mysterious ways to overcome his morning constipation—the constant bane of The Speaker’s existence. Holding down 30 million American workers—including among them many conservative voters, who are making less today than workers made in 1968, adjusted for inflation—bothered the very private, self-censored psychosomatic recesses of The Speaker’s conscience. 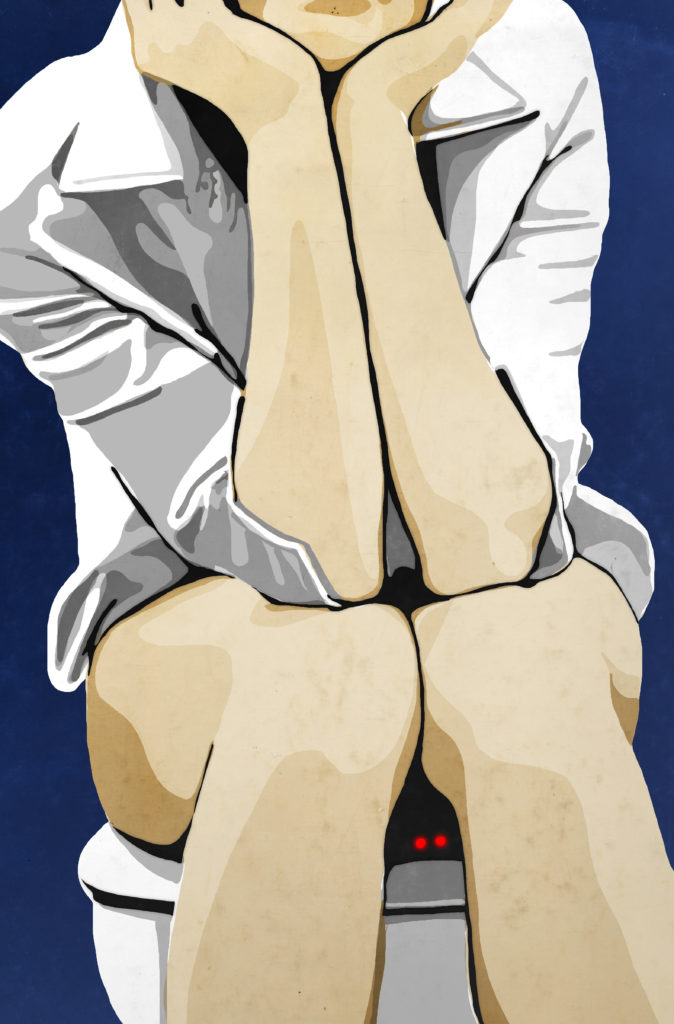 And, so, not surprisingly, Speaker Blamer felt the onset of a solid bowel movement. He excused himself and repaired to his large private bathroom. As he sat down on the broad porcelain toilet, he felt that the expected discharge would be ample and prompt—no straining today. After quick breaks of the wind, The Speaker heard a sound inside the toilet. But it wasn’t from his bowels. Lifting himself up a bit, he looked down and saw the head of a mostly submerged black rat closely eyeing his bottom.

“YEEEOW! YEEEEOW! YEEEOW!” bellowed The Speaker as he straightened up, slammed the cover down, and flushed.

Alarmed, the staff rushed to the bathroom door to respectfully call, “Speaker Blamer, are you all right? Do you need help?”

They dared not open the door. The Speaker did not tolerate any exposure of his privacy, especially being seen in his corpulent native suit.

Another, more normal person might have replied, “Yeah, I’m OK … it’s just that there was a rat in the toilet bowl.”

But Speaker Blamer was not a normal person. He had had to be super-cunning to get to his present station in life. Being cunning means you can instantly sense danger, being as alert as, say, a rat. And Speaker Blamer was already imagining the derisive headlines and the late-night-show jokes if he disclosed what really prompted his impulsive cries of sheer terror as he leapt from the “throne.” So he replied, “Nothing much, boys, just one of those sudden spasms I get once in a while. Sure comes on fast—and goes away fast, too. I’ll be right out.”

Rejoining the staff at the head of the conference table, albeit full of gas and undischarged waste, The Speaker went through the checklist for crushing the hopes of the downtrodden multitudes. His Chief of Staff reviewed the usual elements of the campaign against workers. First off, The Speaker will say, “I always thought that if you raise the price of anything, you get less of it. The proposal to raise the minimum wage is a Job Killer!”

The Speaker nodded gravely, though when he heard the work “bite” he silently winced.

The operations assistant counted off the usual, reliable economics professors who would supply “objective” warning about losses of jobs and recession. The fast-food and big-box retailer associations had begun the large ad buy on television and radio with the announcers’ stentorian voices of dire gravity. 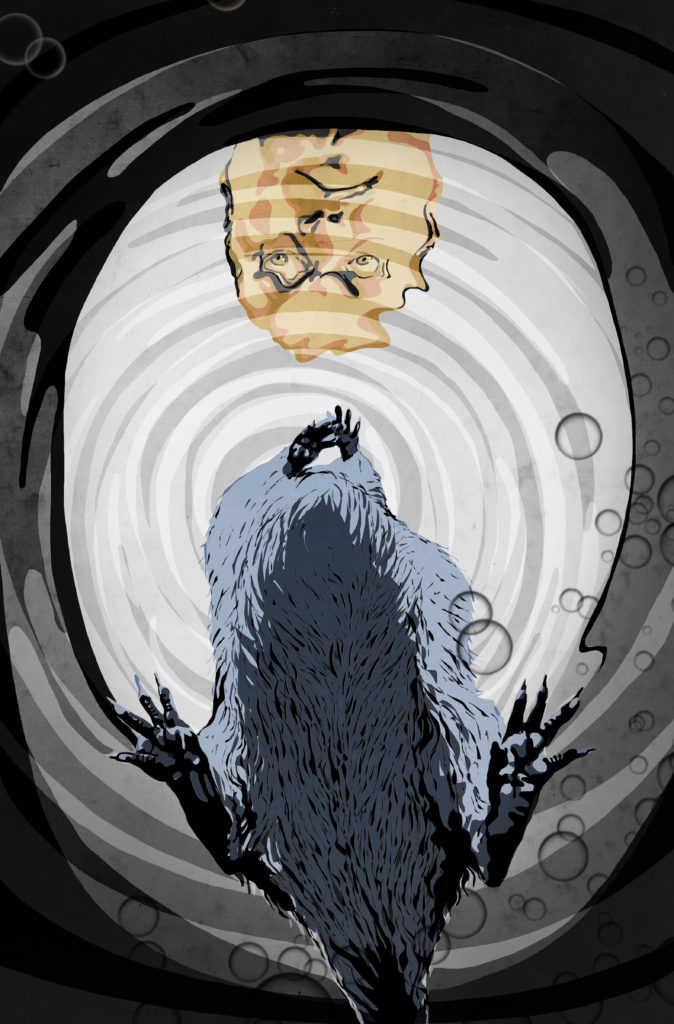 The K-Street lobbyists were already in action on Capitol Hill, marshaling the corporate PACS to make sure that this issue was on the front burner, hinting to legislators that their employers might see this as a litmus test as a condition for their donations. Op-eds, letters to the editors, and editorial condemnation of economically disruptive higher wages and layoffs were already in the pipeline.

About to burst, The Speaker could not wait to end the meeting. “OK, fellows, you seem to have the situation well in hand—it’s not the first time we had to fight off this wage grab. Get to work.”

They all scattered, including an irreverent intern who wondered to herself whether paying members of Congress more would mean the government would end up with less of them.

The moment the door to his spacious office closed, The Speaker lunged to his private toilet, whereupon he unloaded a vast quantity of feces: soft and semi-hard. Three bursts worth. Before he could enjoy a moment of quiet satisfaction, a shrill shriek lifted him up as his eyes bulged. It was the black rat swimming in the bowl propelling the terrified cry—“YEEEOW! YEEEOW! YEEEOW!”

Again he slammed down the toilet seat. He flushed and kept his hand on the flush handle, gritting his teeth as if to say: “On the way to oblivion, you dirty rat!”

His longtime secretary heard his yell and rushed to his bathroom. “Mr. Speaker, Mr. Speaker, what happened? Are you OK?”

Recovering his composure, he replied, “I’m OK, Sarah, just more of those sudden spasms. I’ve got to get some physical therapy. By the way, did you schedule that fundraiser next week for an hour later?”

Arriving home early that evening, he sat down to a healthy-diet supper prepared by his adoring wife, Regina. Their three children were grown up, living in distant states, and so they were “empty nesters.”

“You seem unusually agitated, honey,” said Regina. “Did you have a hard day?”

“It seems every day is a hard day in these times,” he replied, shrugging off her concern. “What a great meal, as always, Regina! Now I need some relaxing reading. Do you know where we put that colorful book of animals that we got as a wedding anniversary gift years ago?”

“Why, yes, Reginald. It came in three volumes: mammals, reptiles, and insects. Tell me which one you want, and I will get it for you.”

Sitting in his study, The Speaker started reading about the rat.

The word “rat” is derived from the Latin “rodere” which means “to gnaw.” Rats produce litters several times a year, with high infant mortality. If seen as weak, newborns are eaten by their parents and their stronger siblings. Over the centuries, rats have developed uncanny abilities to survive dangers everywhere, especially those produced by their proximity to humans whose detritus and garbage ironically provide the means by which they prosper and create new nests.

Rats live everywhere underground—under sewers, in buildings, highways, yards, cellars. They also wander to get food, which may involve killing any mammals smaller than they, including mice. They also eat insects. Their appetite is immense, facilitated by their sharp teeth. This leads some intrepid rats to wander into little known crevices and, yes, pipes. Restaurant kitchens and their refuse attract them since these animals have a strong sense of smell.

Then The Speaker, saw the words, “They even like feces.” The Speaker had enough. But before he closed the book, he saw a footnote citing conversations that bloggers had with frightened people asking about rats swimming up the toilet bowl. The Speaker went to the sites. He learned that when sewer lines are in disrepair or when storms overpower the sewer system, rats see an opportunity. 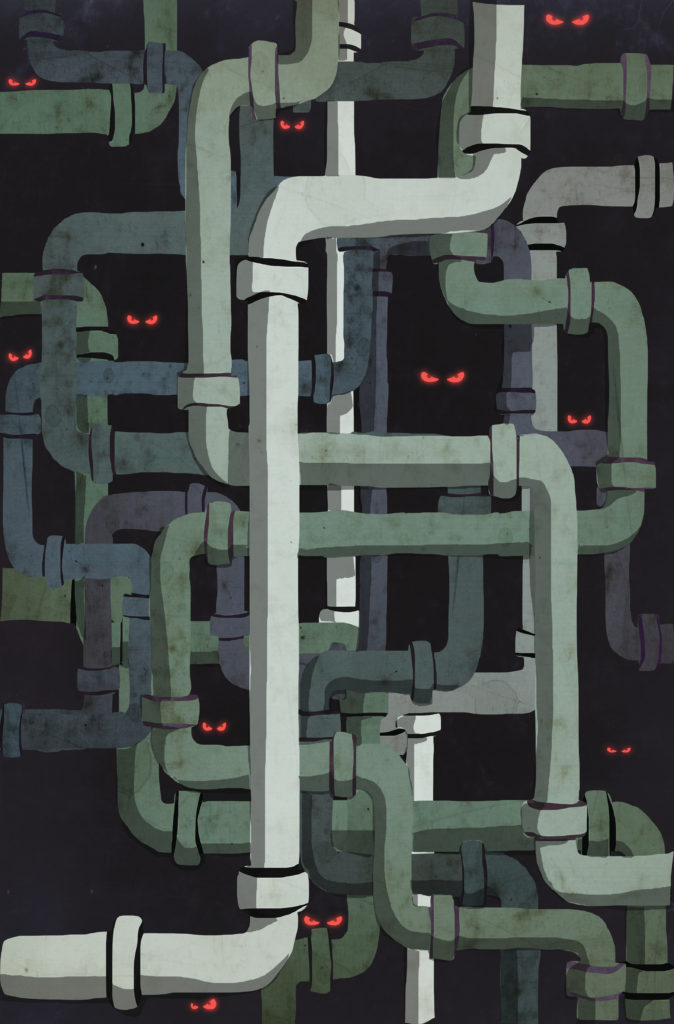 Flushing is only a temporary fix, for a rat can hold its breath until the water passes. Rats can even gain entry through the soil pipes (the pipes that carry “soiled” water from the toilets), then through the vent in the roof and down the pipe into the toilet. “Rats can always find a way if there is one,” one plumber was quoted as saying.

The Speaker scrolled down to a section titled “Rats and Bubonic Plague, Typhus, and Rabies …” This time he really had enough and switched off his computer, retiring to his chambers, somewhat nauseous. 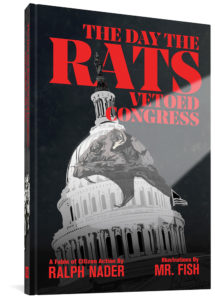 Excerpted from The Day the Rats Vetoed Congress. Used with the permission of the publisher, Fantagraphics. Copyright © 2020 by Ralph Nader. Illustrations by Mr. Fish.

Ralph Nader is a long-time consumer advocate, a four-time presidential candidate, and author of numerous books. His unrelenting advocacy for the public over the years has led to safer cars, medicines, and workplaces; healthier foods; and cleaner air and water. The Atlantic named him one of the 100 most influential figures in American history. TIME magazine called him the "U.S.'s toughest customer." He lives (and does battle) in the nation's capital from where he has started dozens of citizen groups on multiple subjects. His weekly podcast is The Ralph Nader Radio Hour (ralphnaderradiohour.com). To sign up for his free weekly column of news and commentary via email, go to nader.org. 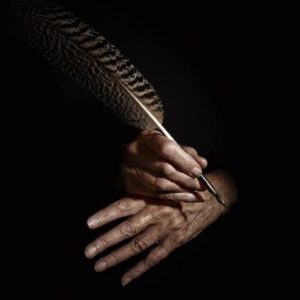