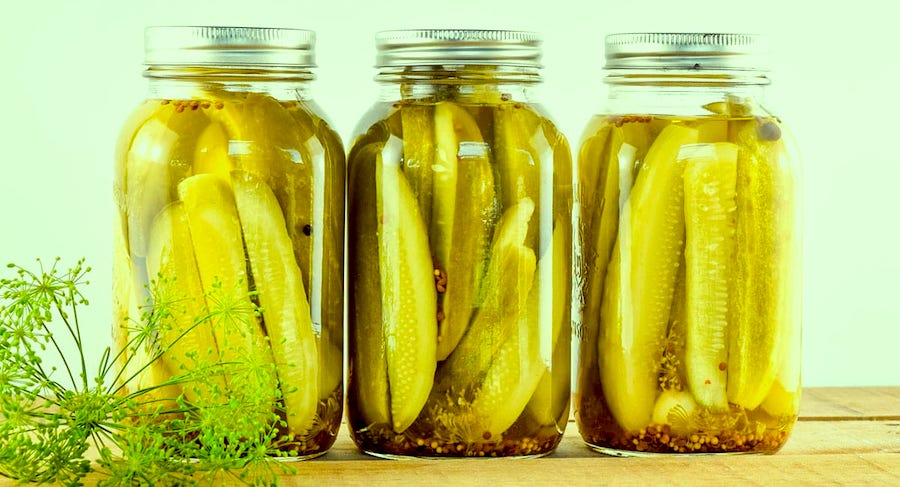 Even in boomtimes it is hard to keep a bookstore afloat: the margins are razor thin and you’re in constant competition for bookbuyers with the largest monopoly in the universe (Am*zon). This is why a lot stores—particularly newer ones—build higher-margin sidelines into their business models… like, say… beer! (Alena Jones recently wrote for Lit Hub about what bookselling means in the context of selling everything but books.)

Well, I’m here to tell you about a bookstore in New York City that has boldly—zestily, even—gone with pickles as its main sideline. Sweet Pickle Books, conveniently located in the pickle Mecca of the Lower East Side, is your one-stop destination for used books, old cassette tapes(?), and two-pound jars of pickles.

After losing her job in the middle of the pandemic Leigh Altshuler made the brave decision to open a used bookstore; and, according to this Washington Square News profile, we owe Alexander Chee a debt of gratitude for the fact there is now a pickle-/bookstore in Manhattan.

After reading [Alexander Chee’s How to Write an Autobiographical Novel] in one sitting, Altshuler became determined to realize her dream of opening a shop.

Altshuler, who has roots in the historically Jewish Lower East Side—which at one point was home to 3,000 pickle vendors—makes two kinds of pickles from her own recipe, original dill and spicy farmhouse.

Sweet Pickle Books has only been around since November, 2020, so it remains to be seen if pickles are the magic bullet the bookselling industry so desperately needs. Whatever the case, I for one am glad to see the pickles returning to Orchard Street…