In the rupture of the pandemic, many businesses and institutions have been compelled to examine their work from new angles, asking whom they serve and why, and how they can continue to do that work well into the future. With the stacks depleted of browsers and books alike, Chicago’s Seminary Co-op, like most bookstores, has attempted to use this strange, troubling time to name just what it is we do.

The Seminary Co-op Bookstore has always had a naming problem, though—no, we do not sell chasubles or vimpas, nor can we monogram your faux leather Bible case—and when we transitioned from a member-owned cooperative to a not-for-profit operation in 2019, we only compounded that problem.

The store, which celebrates its 60th anniversary later this year, was founded by a collection of students at the Chicago Theological Seminary who gamed out that as a cooperative retail entity, they could get wholesale discounts on their obscure religious titles. Quickly, the endeavor took root and spread through the basement of CTS. The thriving store was soon serving the needs not only of the seminarians but of nearby University of Chicago students and faculty, the readers of the Hyde Park neighborhood, and browsers from across the South Side of the city. In 2012, when the university moved their Becker Friedman Institute for Research in Economics into the seminary building, the store migrated up from the basement and down the block to a former dorm.

No longer in the seminary, run by seminary students, or stocking only religious titles, and no longer a co-op, the store is now almost entirely sundered from its name in any functional sense. Surely, though, that third element of our name, the simple Bookstore, anchors us firmly to our purpose, to just what it is we do.

And yet, that third leg of the tripod clarifies very little. Staffing the information desk on any given weekend, you are just as likely to hear a new visitor ask, with some measure of disappointment, “Where’s the real bookstore? You know, where I can get a sweatshirt?” as you are to catch another say, with some measure of amazement, “It’s…a real bookstore. With books.”

The more we can describe and advocate for our work, the better chance we have of it being valued.

The struggle to explain what the Seminary Co-op is to outsiders—branded-sweatshirt seekers, Obama sight-seers, our parents—is ours alone, but the ambiguity created by divergent conceptions of the bookstore is a matter that concerns the entire industry, from authors and publishers through to readers, if not the entire community of those invested in the existence of thriving cultural institutions.

It is tempting to contend that the real problem facing bookstores, the reason they totter along the precarious edge of existence in the retail world, is that the public just doesn’t get it. They don’t have a clear idea of what bookstores actually do and how they do it. If they knew the care with which we selected each book on our shelves, they would buy more from us, we like to think—never mind that the margins wouldn’t budge a tenth of a percent on those books.

Even if we booksellers could agree on one single definition of a bookstore (“Only books, except when there are sweatshirts with adequately clever book-based puns, and sometimes wrapping paper and croissants, because those are the only items where we can actually make a profit—and so why not a chasuble here and there”), it would not be enough for us to supplant one definition with another.

Of course, illuminating the work of bookselling is crucial. The more we can describe and advocate for our work, the better chance we have of it being valued, monetarily as well as conceptually, by the reading public. A clarification of definitions is necessary, but not all sufficient to establish a healthy ecosystem for bookstores. Just as crucial is examining the conflicting understandings we have of bookstores—including the assumptions and expectations built into those understandings—to learn how we have developed our current tottering gait; to articulate what historical, cultural, and economic factors have contributed to it; and, finally, to imagine future conditions under which bookstores can thrive.

As a very meager start to this examination, I ask why many first-time visitors to the Seminary Co-op are so taken aback, either with delight or disappointment, to find only a labyrinth of books, with not a keychain or board game in sight. Why must enough booksellers depend upon these sideline items as their sole chance to make a profit that the common conception of a bookstore is as a place packed with items that are so clearly not books?

The store, which celebrates its 60th anniversary later this year, was founded by a collection of students at the Chicago Theological Seminary who gamed out that as a cooperative retail entity

With their Library of America paper-thin margins, books will never be profitable to sell. And if they hope to carry an interesting and diverse selection of books, bookstores can’t turn over their inventory as quickly as other retailers. At a bookstore like the Co-op that is devoted to stocking a deep backlist of books with cultural, literary, and intellectual value, we must keep our shelves full of books that will appeal to only a few particular readers. A space devoted entirely to books is, actually, an absurd prospect in retail terms.

If, in order to survive as a store (that is, as a retail endeavor) a bookstore has to abandon more and more space to anything but books, why not instead abandon the retail ambitions of the store—keeping the books, and certainly still selling them—and establish a different structure, a different definition for ourselves? With our recent move to a not-for-profit whose mission is bookselling, the Co-op affirmed that our work belongs as much to the cultural sphere as it does to the retail sphere. An attempt to confront the bleak prospects for survival as a strictly retail institution, the transition allows us to advocate for a certain, less profit-driven model for bookselling.

The shift has not solved all of our problems, and it is certainly not a magic bullet for our industry as a whole. I don’t mean to suggest otherwise. And I do want booksellers to dig in their heels and insist to the sweatshirt seekers that we are misunderstood—we are. But I also want to urge booksellers to analyze intensely the conditions that have allowed this misunderstanding to flourish. We simply cannot surmount the existential threats we face without grappling with the conditions that generated those threats.

If, in order to survive as a store (that is, as a retail endeavor) a bookstore has to abandon more and more space to anything but books, why not instead abandon the retail ambitions of the store?

The directions of inquiry abound, especially around the issue of value. Why do customers balk at the price tag on an $18 paperback but think nothing of spending the same on a ticket to the movies? Are a book pulled off a carefully curated shelf and a book picked from a rack deep inside a town-sized warehouse really the same product? What is the value of a space devoted solely to books?

We should seize any chance we can get to define, in interviews and articles and conversations and by example, what bookselling actually is, but unless we address the conditions that make the sale of a book almost necessarily unprofitable, bookstores do not stand a chance at survival. The good will (and book purchases) of those who understand our work isn’t going to sustain any of us.

The Seminary Co-op will keep struggling to explain that we are neither Seminary nor Co-op, but we would sooner close the shop than try to explain how we were once, but are no longer, a bookstore.

Alena Jones is the manager of the Seminary Co-op Bookstore in Chicago, as well as a freelance editor. The largest academic bookstore in the country, the Co-op is also the first not-for-profit institution whose mission is bookselling. 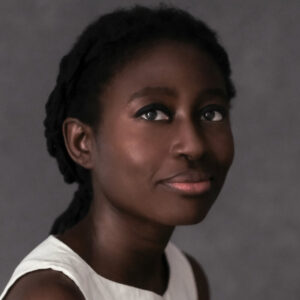 Whereas the road trip novel has such a storied place in literature that it is its own genre, the train novel is notable for being...
© LitHub
Back to top