The Common Mag Highlights New Work from Across the Arab World 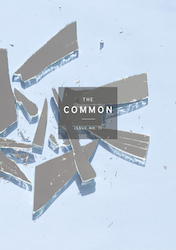 Issue 11 of  The Common Mag is dedicated to new fiction from across the Arab world. The following stories are among the 24 featured in the issue. There will be a celebration of the issue, and the magazine, on May 19th at the Arthur L. Carter Journalism Institute, 6pm to 9pm, in New York.

On his last visit to Cairo, the German translator Hartmut Fähndrich was despondent about the lack of interest in contemporary Arabic writing, and he offered this interesting explanation of Western reluctance to engage with Arabic literature: “I think [readers] fear that it will destroy The Thousand and One Nights image they have in their minds.” One might argue about the number of potential German book buyers who have the timeless classic lodged in their minds, but even those who do need not worry. No one writing today could possibly live up to the lack of sophistication, unadorned sensuality, and aimless fantasizing found in The Thousand and One Nights.

Another possible reason for Western lack of interest in Arabic literature is the perception that, as a culturally foreign backwater, economically and intellectually inferior, the Arab world can solicit only a political or anthropological interest, not a purely literary one. Books that do not pander to this preconception by presenting an exoticized or oversimplified pro-democracy perspective on Arab life are therefore ignored. Of course we can assert that that contemporary Arabs are not really all that different from their Western counterparts. We can also decry the treatment of literature as a research aid. But the truth is that, for many in the West, fiction has functioned as an enjoyable way into the political and social complexities behind all that disturbing news from the Middle East. 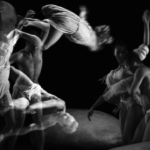 “Rhythmic Exercise” by Mohamed Makhzangi, translated by Yasmeen Hanoosh
“With one bullet the sniper stifled all the music in the chests of the five family members.” 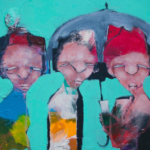 “The Abandoned Village” by Hassan Blasim, translated by Jonathan Wright
“People called them the “ghosts” and said they raped women and girls but preferred those with fair complexions. So the mother decided to give Sawsan a suntan.” 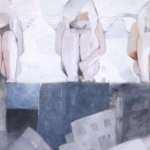 “Statement of Absolute Hatred” by Rasha Abbas, translated by Alice Guthrie
“I’m only smiling because I’m frightened that if I don’t you’ll sense how weak I am and do me even more damage.” 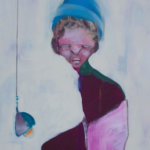 “A Few Moments After Midnight” by Hisham Bustani, translated by Thoraya El-Rayyes
“In that strange state, I began to swim and found—floating in my path—many of the things I had once lost. I found lovers who had left me; I found my mother, who died giving birth to me.” 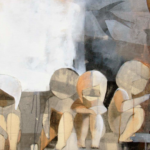 “Just Different” by Malika Moustadraf, translated by Alice Guthrie
“I bent my head and looked down at my hands. I touched my pinkie: I’m a man. I touched my ring finger: I’m a woman.”

"A Few Moments After Midnight" 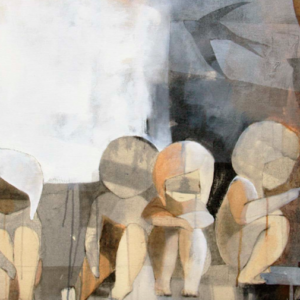 Avenue Mohammed V is silent and desolate this late at night, empty apart from a few stray cats meowing like newborn...
© LitHub
Back to top
Loading Comments...