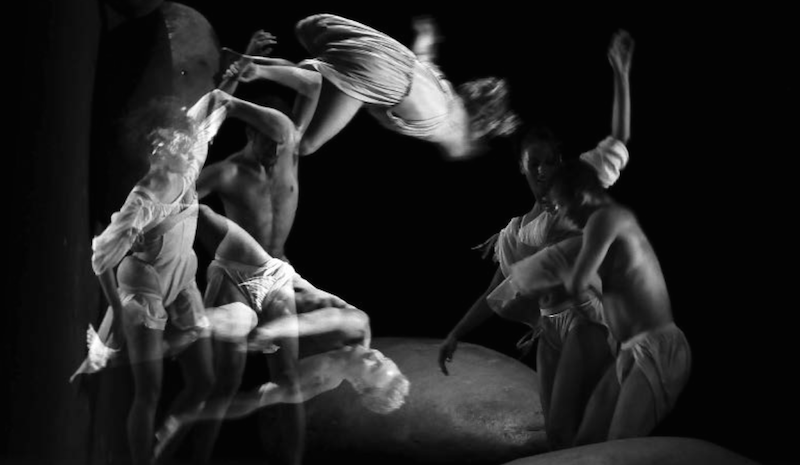 A Short Story by Mohamed Makhzangi, translated by Yasmeen Hanoosh

A few days after the sunset-to-sunrise curfew went into effect, the members of this jolly family began to feel run-down. Their apartment had all the needed emergency supplies—food, water, first-aid kit—in addition to entertainment options such as reading materials, television and video programs, and Internet, not to mention a landline and a personal cell phone for each. Still, something kept irking them and leading them to feel that they were leading a prison life.

They felt as if they were living in a rather spacious dungeon, yet a dungeon all the same. Inside that dungeon, in a matter of days, they began to notice that their weight was steadily increasing. Their bodies grew heavier as time weighed down on them. None of the entertainment options could lighten them up. Besides, the sounds of gunshots and explosions were within earshot, inviting gory images of sniper operations and assassinations. They intimated to each other in a variety of ways their fear of unconsciously slipping from despondency to despair.

The family members made various suggestions on how to prevent falling prey to obesity and the abyss of depression. From among these, the father’s suggestion was the winner. An athlete in his youth, their father recommended that they begin a regimen of aerobic exercises which can also be a good exercise for seniors, wherever and whenever possible. Each of them began implementing the idea in their own fashion. Quickly, however, the son and daughter’s method gained popularity. It consisted of rhythmic exercises that required only a small space. At first they exercised to the rhythm of upbeat music that one of them would play. Everyone would follow the rhythm, even the father and the mother, though with less agility. Eventually, the exercises became independent of their gatherings and the upbeat music.

They started linking these exercises to an internal rhythm, one that they let guide their movements on each free moment they could find for practice. They performed dancing exercises in the morning while washing their faces or brushing their teeth, while watching the sheets of paper come out of the printer, in the meager moments as they boiled water for coffee, while setting the table for lunch, and when they could take a quick glance at the television while passing by. As a matter of fact, they did not only exercise standing. Some of them performed these exercises while sitting, and even lying down in bed just before sleeping.

In no time, the whole household began to seem as if it were dancing, all the time, above the din of explosions, sniper shots, depressing news, and increasing curfew hours. This transformation in the fourth-floor apartment likely came under the scrutiny of one of the opposite buildings somehow. It is not clear how, because even from the closest opposite window one could not make out what was happening behind the glass with the naked eye. Clearly a naked eye was not the one that aimed a weapon at a specific corner of the glass and sent a throbbing bullet to lodge in the heart of the television screen the mother was watching while exercising. She was sitting, waving her arms, “stretch, fold, stretch, fold,” and bending her shoulders to repeat, “left, right, left, right.”

She was watching a cooking program when the bullet hit the chef ’s belly, scattering sauce bottles and spice jars on its way, clattering the pan and extinguishing the kitchen light, leaving nothing but the dim glass smithereens from which a thread of white smoke rose up to diffuse the smell of burning plastic. This was the action of a sniper rifle with a scope, performed by someone stationed at a high window or over the roof of one of the opposite residential towers. With one bullet the sniper stifled all the music in the chests of the five family members. He killed off all the rhythmic movement that had reverberated in this home, freezing everyone in a scene drastically different than just a moment before: their wide eyes and gaping mouths now reflected shock and terror, yet their open arms still swung left and right and some of their feet were still in midair while they swayed their hips. Their bodies glowed in the ecstasy of dance.

Mohamed Makhzangi was born in Egypt and lives in Cairo. He practiced as a doctor for some years, then became a journalist and writer, working in Kuwait on al-Arabi magazine. He has published several volumes of short stories, and translations of his work have appeared in five languages. English translations can be found in Banipal and Words Without Borders. 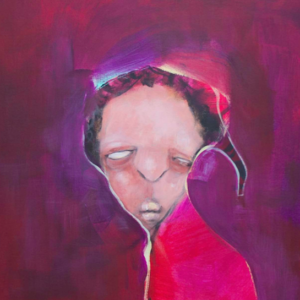 On his last visit to Cairo, the German translator Hartmut Fähndrich was despondent about the lack of interest in contemporary...
© LitHub
Back to top