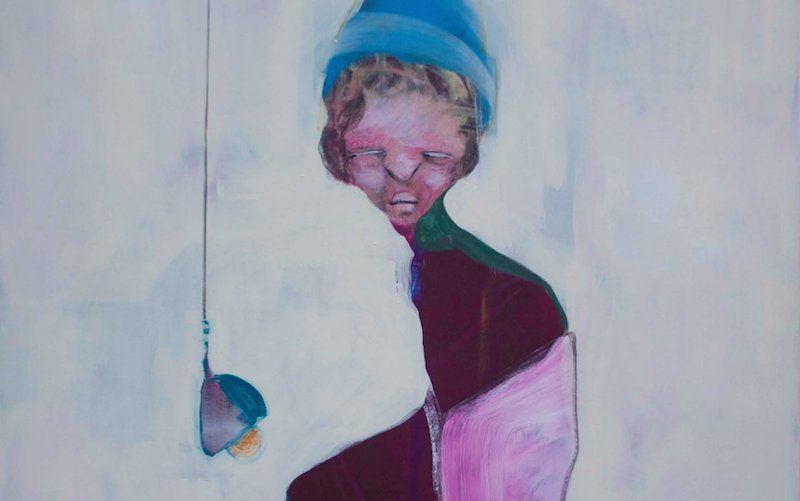 “A Few Moments After Midnight”

A Short Story by Hisham Bustani, translated by Thoraya El-Rayyes

An extinguished cigarette is suspended between my fingers. I don’t know who put it there, but I feel worms moving inside it. When I look at them I imagine I’ve seen them before, tens of small bodies—identical, without any features.

The cigarette is a large worm ingesting and regurgitating the smaller worms inside it. They slither into my mouth, filling my lungs, and after a short, loud party there, they begin to flow with my blood.

I don’t know why I felt compelled to jump from the third-floor window. I don’t know where that tree shot out from on my way down. And I don’t know what made our neighbor go outside to hang her laundry at the moment that I fell. I don’t know why I imagined that I died when I collided with the ground. I was happy at that moment of collision; I closed my eyes tight and slipped into something like a delicious nap.
It took only a few moments until I heard our neighbor scream and realized something was wrong. I hadn’t really died; I could still hear the honking of cars driving by.

When I stood up and dusted off my clothes, the crowd surrounding me started to back away. Maybe I scared them. I heard one of them tell another, with fear in his voice: “There are worms coming out of his nose.”

“They are not coming out,” I corrected: “they are spilling.” I left them and walked up to my apartment.

That was what he said, that man standing in the mirror.

By the time he decided to hit him so he’d say something, the man had already given up on him. And when he pulled back his fist, which had started to spill worms, he was faced with tens of small identical heads.

“You cunt,” they all said, and began to stare at him with frozen faces.

And so he kept having nightmares. A fragment—one of the fragments of that shattered face—every time.

A piece of the forehead. A section of the eye. A side of the chin. An edge of the nose.

Afterward he’d wake up terrified. He’d try to record the fragment on canvas, to attach it to fragments from before. Maybe he could assemble a picture of that person he once saw in the mirror. But his hand stopped—on its own—when half was completed; the picture stayed that way, missing its other half.

He started trying not to wake up from his nightmares—imagine! He would tell himself: Not yet, be patient, don’t open your eyes, maybe more fragments will come together. He wrestles the hand that tries to choke him, he digs his nails into the walls of the pit he is falling into. Maybe if this terror lasts long enough the face will become whole… but…

But he wakes up every time and the pieces of the puzzle have not come together, so he gets up—soaked in sweat—to copy the parts stuck in his memory on the canvas.

I get up and walk around my studio. I see my unfinished paintings completed; their faces are talking to me. I watch my empty canvases adorn themselves in color and strut around. On the couch, I find Monica Bellucci. I sit next to her, stroke her hair, touch her breasts, and have rough sex with her.

There is noise outside. I go out, heading to the building opposite mine: on the roof, some teenagers who just finished their exams are having a party. Then the retired army officer living nearby disconnects the fuse box, and they drunkenly creep down the stairs one by one. The protest of irritated neighbors has dispersed, and I go back to the apartment, elated at the sound of music gone silent.

My canvases are colorless again. As for Monica Bellucci, she is a picture on the cover of a magazine lying on the table. There is someone else sitting on the couch instead of her: insomnia.

When he opened his eyes in the morning, the wall was not where it should have been. Instead of it, there was a glowing expanse radiating from a faraway light—faded, cold, blurry. He doubted himself at first and looked closer, but nothing changed. He picked up his glasses—always lying on the bedside table—and fixed them in place, but that didn’t change a thing. He rotated his head toward the rest of the walls and didn’t find them. He felt a wave of fear freeze him in bed for a few minutes, then decided to slip out from under the covers to investigate.

Maybe I should turn on the light so I can see better. But the switch is on the wall, and the wall is not where it should be.

I’ll take in some fresh air to wake myself up. But the window is on the wall, and the wall is not where it should be.

A cup of coffee will help me concentrate. But the way to the kitchen is through the door, and the door is on the wall, and the wall—as we have established—is not where it should be.

As for the shattered mirror, it hung where it always had been, as if floating. Looking out of its fragments were tens of small identical heads, staring at him with frozen faces.

Despite my repeated attempts, and my strange persistence in swimming what I imagined to be upward, I could not find the surface of the water. I did not feel suffocated like I expected to; it was as if my lungs had suddenly transformed into gills. As if I had become a fish.

In that strange state, I began to swim and found—floating in my path—many of the things I had once lost. I found lovers who had left me; I found my mother, who died giving birth to me; I found artists who had often dished dirt about me; I found Nietzsche, his head between his palms, jiggling his eyebrows like a clown.

When I got tired of swimming, I curled up like a fetus, and then…

Then I heard our neighbor scream, and cars honking, and felt a crowd of people collect around me.

He started to feel an intense pressure. The fluid pressed on him from every direction, until a sudden contraction released the pressure, and he felt himself dropping quickly. He was dragged by his feet and dangled in the air; then came that painful blow to the back—so he took his first breath and screamed. When he opened his eyes for the first time, the walls had returned to where they should be, except that there were no light switches, no doors, no windows. Their only ornament was a fragmented mirror, and out of its pieces tens of identical faces stared at him with frozen expressions.

The second time, he felt the electric bulb hanging from the ceiling bang into his nose.

The third time, he heard the sound of a dog barking. 117 The fourth time, he found his bed turned upside down and, from the mattress, looked at the floor under it. “I haven’t vacuumed it for a long time,” he said, observing the dirt accumulated in the space where the bed had been.

The fifth time, a peacock walked past, looked at him, fanned its tail, then gathered it and continued on its way.

The sixth time, a faraway city was burning on the horizon.

When he closed his eyes for the seventh time and opened them, he saw a cigarette suspended between his fingers and felt worms moving inside it. Just like that, he decided to light it, and after taking a couple of drags—out of habit, nothing more—he headed to the window and jumped.

At that moment a piece of the fragmented mirror he had punched before cracked in two, and another face appeared.

HIsham Bustani was born in Amman, Jordan and has four published collections of short fiction. Renowned for his contemporary themes, style, and language, he has been described as “bringing a new wave of surrealism to [Arabic] literary culture, which missed the surrealist revolution of the last century.” Bustani’s work has been translated into five languages, with English-language translations appearing in prestigious journals across the United States, the United Kingdom, and Canada. He was named one of the top six contemporary writers from Jordan by the UK-based webzine The Culture Trip. His third collection, The Perception of Meaning, was awarded the University of Arkansas Arabic Translation Award. 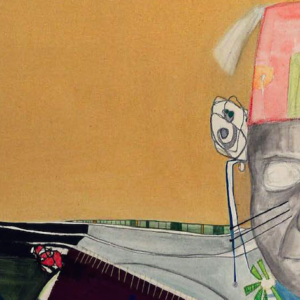 Issue 11 of  The Common Mag is dedicated to new fiction from across the Arab world. The following stories are among...
© LitHub
Back to top