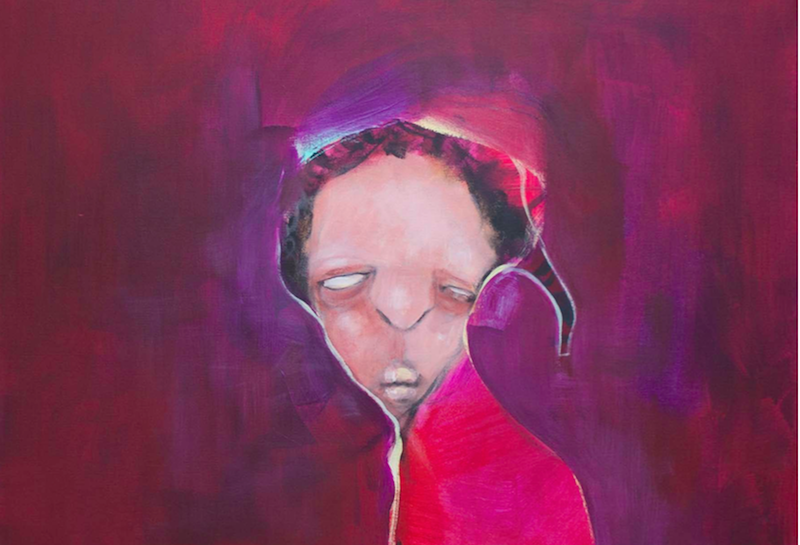 On his last visit to Cairo, the German translator Hartmut Fähndrich was despondent about the lack of interest in contemporary Arabic writing, and he offered this interesting explanation of Western reluctance to engage with Arabic literature: “I think [readers] fear that it will destroy The Thousand and One Nights image they have in their minds.” One might argue about the number of potential German book buyers who have the timeless classic lodged in their minds, but even those who do need not worry. No one writing today could possibly live up to the lack of sophistication, unadorned sensuality, and aimless fantasizing found in The Thousand and One Nights.

Another possible reason for Western lack of interest in Arabic literature is the perception that, as a culturally foreign backwater, economically and intellectually inferior, the Arab world can solicit only a political or anthropological interest, not a purely literary one. Books that do not pander to this preconception by presenting an exoticized or oversimplified pro-democracy perspective on Arab life are therefore ignored. Of course we can assert that that contemporary Arabs are not really all that different from their Western counterparts. We can also decry the treatment of literature as a research aid. But the truth is that, for many in the West, fiction has functioned as an enjoyable way into the political and social complexities behind all that disturbing news from the Middle East.

The idea that a 1,500-year-old continuous tradition of writing might be interesting in itself, for its literary merit rather than for what it can “teach us,” evidently does not add up to sales figures high enough to justify expanding the offerings. But, in “The Dung Beetle”—a short story by the Iraqi writer Hassan Blasim, who contributes “The Abandoned Village” to this volume—there is an alternative cue to affirming the relevance of Arabic writing (or else denying it) without reference to either Orientalist entertainment or geopolitical source material: this is the idea that this literature is at bottom a struggle to remain lucid in the face of encroaching insanity. “I cannot write a story,” says the travel-weary refugee hero of “The Dung Beetle” in his rambling soliloquy, “but I am ready to take up the literary issue to one end: for the dignity of those on the brink of madness.”

This might of course be read as the personal mission statement of Blasim— or, for that matter, any serious writer. But it is also a poignant disclosure of what Arabs, having journeyed outside their countries of origin either in person or through their books, might have to tell the rest of humanity: We have every reason to lose our sense of balance, dissolve into the chaos of identity politics, violence, and duress, but we will not go mad; it may be that, prior to the twentieth century, we weren’t as interested in inventing narrative as we were in composing verse or putting down history, but now we will write as many stories as we can in order to preserve our sanity, to live on, and to present ourselves to you as human peers.

Whether it is the work of a post-nineties Egyptian novelist like Mohammad Rabie (“Burdens”) or that of the Sixties Generation Syrian short story master Zakaria Tamer (“Five Stories”), Arabic fiction can be thought of as a collective exercise in mental self-perpetuation: epistemological, ontological, linguistic. It is an exercise made all the more urgent by the increasingly complicated and dangerous business of living in this part of the world. And the scale of its variety is demonstrated by this engaging compendium spanning the transcontinental, multigenerational breadth of Arabic-speaking reality.

All literature of course remains an expression of the culture that produces it and a working-out of the power relations that control that culture. In this sense, for Arabic fiction to display either a distinctive aesthetic tradition or an insight into unfolding history remains a reasonable expectation. But it is in the interaction between traditional, “Eastern” aesthetics and political or ideological positions on the one hand, and, on the other, purely literary virtues—such as formal inventiveness, confessional lyricism, and poststructural self-awareness—that the true power of contemporary Arabic writing resides. Fortunately for the English-language reader, this is precisely what the impressive curatorial effort and the collective translation feat embodied by this collection manage to showcase.

The poetic pedigree of the language—perhaps the most obvious aspect of cultural specificity—is as much in evidence here as the postmodern affinity for fragmentation. The Egyptian writer Mohamed Makhzangi’s “Rhythmic Exercise” exemplifies a subgenre particularly popular in late-1980s Cairo, in which a prose poem with a strong narrative element becomes a “very short story” (uqssoussa as opposed to qissa qassira). For nearly a decade before moving onto longer narratives and creative nonfiction, Makhzangi worked exclusively at refining his distinctive take on this form, writing autobiographically about childhood, prison, and expatriation in the Ukraine under the Soviet Union. His ability to turn an otherwise ordinary scene or situation into an allegory of the human condition—and to do so with a homegrown Borgesian eloquence at which even the best translation can ultimately only hint—nonetheless comes through in this Arab Spring-inspired, deceptively mundane tale of confinement and resilience.

… they always seem like they’re going to end in tears. Like this [game] you’re playing right now, for example—I’ve just woken up to find myself 12 blindfolded, with my hands tied to the chair I’m sitting on. I don’t like it at all. But I’m smiling at you anyway, expecting you to come toward me. I’m only smiling because I’m frightened that if I don’t you’ll sense how weak I am and do me even more damage.

Within the space of two pages, the relatively stable state of the narrator disintegrates into madness while the text itself conveys a breakup of reality, realizing poetry’s age-old prerogative of turning the words for something into that very thing, as if by magic.

On the other hand, the young Algerian writer Abderrazak Boukebba’s “The Death Shroud,” a resonating chamber of voices subtitled “Nine Stories and a Single Set of Characters,” uses both the poetic format of lines (rather than paragraphs) and the conventions of a dramatic script, as well as a heavily stratified narrative, to reflect on the process of writing: the self-consciousness of the author, the unreliability of the text as an interface between reality and imagination, and the deeper subjectivity of an apparently objective discourse like crime reporting.

Likewise, Jordanian writer Hisham Bustani’s far more tightly structured “A Few Moments After Midnight” is a series of sonorous, self-contained scenes executed with extreme economy of means in which the author juggles settings and points of view to delineate a suicidal painter’s experience of self-loathing. “On the couch, I find Monica Bellucci,” the painter reports at one point. “I sit next to her, stroke her hair, touch her breasts, and have rough sex with her.” But later: “My canvases are colorless again. As for Monica Bellucci, she is a picture on the cover of a magazine lying on the table. There is someone else sitting on the couch instead of her: insomnia.”

More often—as in Mahmoud al-Rahabi’s moving evocation of an Omani childhood, “The Passing Carts,” or in novel extracts by the older Tunisian realist Hassouna Mosbahi and the younger Yemeni fantasist Wajdi al-Ahdal—a subtle lyricism written into the language’s more conversational registers animates the prose of otherwise straightforward storytelling. In Moroccan writer Malika Moustadraf ’s “Just Different,” what begins as a prostitute’s account of a slow night in Rabat turns into a stimulating reflection on gender and identity. In addition to a constant subtext of patriarchal violence, the rhapsodic flow of internal monologue is counterbalanced by the broader—political—context of the setting:

The razor blade’s still in my hand: I’ve been practicing using it ever since I got attacked by those bearded guys who said they wanted to clean up society. Since then I’ve hated anyone with a beard…. If the police patrol car hadn’t come by, something worse would have happened, for sure. It’s made me like the police, for the first time in my life; I’d always run from them, but that day I ran toward them, and I’m always pleased to see them nowadays.

History takes on a more obvious aspect in the Israeli Palestinian writer Ala Hlehel’s fictional account of Napoleon Bonaparte’s 1799 siege of Acre, Au Revoir, Akka. This excerpt, “The Second Battle,” is a discrete, readable chunk told from the viewpoint of the military ship captain (with an admirable emphasis on the emotional workings of the individual human mind),

Captain Thomas gagged, but managed to swallow his rising vomit, and looked away, only to catch sight of a naked woman sitting on a skinny artilleryman’s lap. He was disgusted by the sight, and felt a strong aversion to the whole scene, but for a moment he surrendered to his memories from eighteen years ago: as a puny and delicate new recruit in the navy, his scant manliness had been raided and exhausted—in less than a minute—by an experienced prostitute who straddled him in a stinking Paris backstreet.

In the Iraqi writer Luay Hamza Abbas’s “The Man Who Was Killed,” the act of throwing a pebble at the window of a large abandoned house nearby constitutes one solitary and evidently hopeless man’s entire daily routine:

Whether it fell inside the room, hit the windowsill, or flew off course into a wall, the final stop on the pebble’s journey marked the end of his excursion as well. He returned home, having disburdened himself of the weight of an entire day and night during which he thought of nothing save the moment at which he would cast his pebble toward the window.

The process is interrupted—tragically—when the house is finally occupied, and we are left with the question: What does it mean for an individual’s life— his work, play, personal and social relations—to be reduced to this basic and apparently meaningless act? Could this be a comment on the absurdity of civil war in present-day Iraq? Could it be a contemporary take on the mysterious, arcane tales with which both Sufi and secular annals of the Arabic canon are filled?

But here’s the rub. Whether reimagining history, probing the jagged line separating consensual from private reality, or mining the language’s uniquely evocative lyrical ore, these stories and extracts demonstrate how intelligently and creatively Arabs are reclaiming traditions that are by now arguably as exotic to them as they are to Westerners, while dealing with society and politics in the same breath. They bear testimony to a collective worldview that not only subsumes but also transcends news reports of the troubled Middle East. And they make a statement on the human condition as lasting and universal as it is specific.

This volume is a living testimony to literature as a bulwark against the indignity of madness. It is an extract of the new, urgent, and eminently readable The Thousand and One Nights that is contemporary Arabic literature.

Youssef Rakha is the author of the novels The Crocodiles and The Book of the Sultan’s Seal: Strange Incidents from History in the City of Mars. He is a bilingual writer and photographer, and the editor of the blog The Sultan’s Seal (yrakha.com). Born and based in Cairo, Egypt, he earned a BA in English and philosophy from from the University of Hull, England. He is the cultural editor of Al-Ahram Weekly, the Cairo-based English-language newspaper. 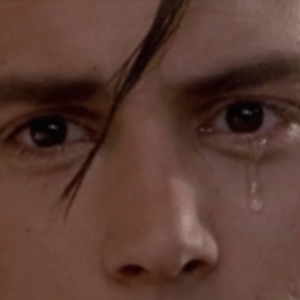 When I was a boy, I cried easily. I was, as one of my grade school teachers wrote in a note to my mother, “a sensitive...
© LitHub
Back to top