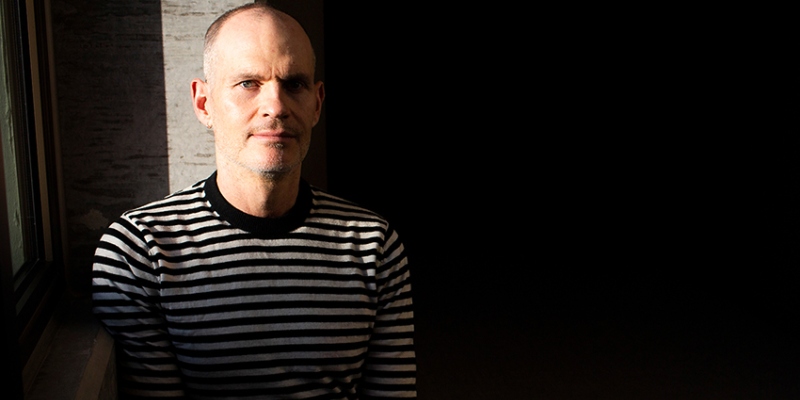 In the wake of the brutal attack on Nancy Pelosi’s husband Paul, and anticipating the midterms, writer and longtime Bay Area resident Matthew Clark Davison joins Fiction/Non/Fiction hosts V.V. Ganeshananthan and Whitney Terrell to discuss Nancy Pelosi’s political trailblazing and what it’s like to live in her district. Davison talks about how he’s seen Pelosi support marginalized groups through the years and his own early impressions of her. He also reads from his novel, Doubting Thomas, which includes some of San Francisco’s political history, especially as it pertains to gay communities.

Whitney Terrell: I have had some criticism for Pelosi—and I’ve spoken about it on this podcast before—not about her personally and her politics, but about whether it’s a good idea, for the major part, the Congressional reps to be from New York and California on the Democratic side. Again, she replaced Dick Gephardt, this Missouri Democrat, and I wonder what her ascension to that role and the dominance that California plays in Democratic politics has to do with her presence as the leader during all of these years. Is it possible that that had something to do with Missouri shifting from being a bellwether state that used to vote for Democrats to being an all red state now?

Matthew Clark Davidson: You know, watching that FRONTLINE documentary, Nancy Pelosi makes a pretty compelling case for the fact that if something happens in the Democratic Party, she caused it, although, I don’t know. You can say that, but without taking into consideration the years and years of nuanced relationships and conversations–God knows what all the different moving pieces were that added up to that conception. I don’t really know. Could she do that? What do you think? I mean, you’re the one that’s from Missouri.

WT: Well, I think the problem is that her dress, which plays really well in New York and San Francisco, plays poorly here. Because people don’t dress like that for the most part, right? And I think that it would be useful if there were other people who were in the Democratic leadership. I think she should bring on somebody—there’s been some talk about trying to figure out who is going to succeed her. We’re recording this, as we mentioned, before the elections, but she’s very likely by now Minority Leader because it doesn’t look like the Democrats are going to hold the house. And there are great candidates… I’d like to see her and Democrats elevate some people from the Midwest and South.

V.V. Ganeshananthan: I don’t give a shit about how she dresses. I mean, do you even remember what Dick Gephardt wore? How can you even separate this question from misogyny? Who is a prominent—

WT: That’s a good point. Well, there’s a problem with misogyny in the Midwest, I’m not going to say otherwise.

VVG: —who is a prominent woman… Amy Klobuchar ran for president and she, in some ways, would be a very logical successor to be a figurehead for the Democratic Party, and it totally didn’t stick.

MCD: Right. And I also want to say that when I’m talking about Nancy Pelosi’s way of dressing, I’m talking from the standpoint of a 19-year-old, and, you know, just being so… The ideas of glamor and power and all those things mixed together, seemed very real to somebody of adolescent intelligence. If I think about the moment that I knew that Trump was going to win, it was when Hillary Clinton was talking about really important Democratic platform ideas about moving away from xenophobia and toward embracing and learning about one another, and he was saying “law and order, law and order” while stalking behind her. And Hillary Clinton didn’t leave an imprint.

I also met Hillary and Bill Clinton on the campaign trail at GLIDE church in San Francisco. And I do actually remember what she was wearing, but I don’t remember it because it stood out for me in the same way that I was talking about with Janice Mirikitani and Nancy Pelosi. I think that it’s so much deeper than that. It’s about intelligence. It’s about power. It’s about the fact that she is able to unapologetically hold that power, assert herself, have an opinion. She’s even comfortable, it seems, with having an opinion that people who are seen as more progressive from the outside… like, there was that headline, it was something like, “They don’t think I’m left enough; so be it.” I think it’s moments like this more than her dress. At least I’m hoping… Although, Whitney, I don’t know what it’s like to live in the Midwest.

WT: Well, there are candidates who can win in the Midwest who are female. I mean, Sharice Davids—who’s a Native American—is in Johnson County, Kansas, which is the suburban part of Kansas City. She’s a Democrat–that county has traditionally been Republican—and she’s going to win again, probably, despite the Republicans having the lead in the national polling. And she’s just very different from Nancy Pelosi; she’s a former MMA fighter who takes videos of herself boxing. It’s a different deal.

VVG: Nancy did that in the alternate timeline.

MCD: Nancy Pelosi came onto RuPaul’s Drag Race to encourage people to get out there and vote, too.

VVG: Oh, I love that. What you’re painting is a warmer picture of her than we normally see. And I should say that my heart sings with joy when you describe loving her as a glam person. I wear lipstick on this podcast (tune into the YouTube channel, listeners!) maybe 75 percent of the time. And today, for Matthew, I’m wearing red. I’m like, “You’re appreciating this, maybe.”

MCD: I am very much appreciating this! I almost said something in the beginning.

VVG: And I also am a person who has Googled the outfits of every politician you name. So when I say I don’t give a shit about what they’re wearing, I guess I mean, I want to give a shit. And I also want to give a shit about how the men have to present themselves. Some of this is also generational. There’s a way that we attach this connotation of brittleness with the shoulder-padded women politicians of earlier years that maybe is really unfair. And it seems to not pertain to Nancy Pelosi, who is someone who you regard with a warmth that wouldn’t have been the first thing that I thought of. But I really like this depiction of her.

And as you’re talking about her regard for queer communities, in your novel, Doubting Thomas, you write a lot about the political history of San Francisco, especially its gay communities. And I wonder if—before we go any farther—you could read us a passage from the book?

MCD: Sure. I’ll read from Chapter 10, which is when Thomas—the main character in the book—is at the gym infuriated because he’s found out that he’s not being invited back to work after he was cleared of a false accusation. Thomas, unlike me, has passed as a straight person in the world. I tell people sometimes that once—I think it was in 2003—I was in a dark corner of a bar in Italy, and somebody thought I was my friend Daniella’s boyfriend. But then I moved one centimeter, and they were like, “Oh, that’s her gay friend,” because I kind of looked like the guy that she was dating. So that was the time that I was mistaken as heterosexual, whereas Thomas has always played by the rules.

He left San Francisco in the midst of the worst part, or the early part, of the AIDS pandemic—which is still happening—to basically not deal with what was happening there at the time. So he’s at the gym on the treadmill, having this flood of various memories including of this kid, Chad, who he went to high school with, who was more like me: bullied and feminine and a target of scapegoating. He’s kind of haunted by Chad’s memory in the book.

With more confusion than contempt, Thomas had rejected the idea of living his life within the confines of a gay ghetto—as people used to call the Castro in San Francisco—bordered by a few bars and jobs like cutting hair or working in retail. He’d always loved the neighborhood but wondered about the people who’d relegated themselves to provincial enclaves. Had he wanted his cake and to eat it, too? To be an out gay man who could also pass? Could he even claim being openly gay as a badge of honor when he did nothing to correct people’s assumptions of his straightness unless it served him?

People like Chad sacrificed for him. People whose reaction to conventions—like rigid notions of femininity and masculinity, for starters—was to reject or abandon or ignore them altogether. They faced double rejection: first from those unlike them, again from those who wouldn’t or couldn’t muster the courage to be themselves. Thomas hadn’t looked hard enough. Mostly he didn’t think about it. He didn’t have to.

The truth? He hadn’t seen the people who worked in the salons and stores and banks in the Castro. Ten city blocks or the whole wide world. Thomas’s idea of freedom had become so warped by the small world he inhabited, that of Portland, of Country Day. He bought the schoolbook version of history without challenging

the stories contained in the pages. He’d mistaken his distant admiration and affinity with the fighters and nonconformists as some sort of open-mindedness. What had he done to earn his place in the community? What had he sacrificed?

How had he ever mistaken himself for brave?

• Nancy Pelosi • “Nancy Pelosi Says Attack on Husband Will Affect Her Political Future,” by Eduardo Medina, The New York Times • “The Facts about the Attack on Paul Pelosi, According to Prosecutors,” by The New York Times •  Fiction/Non/Fiction Season 6 Episode 5: The Author of Election on the Election: Tom Perrotta Talks Tracy Flick’s Return and the Midterms • Fiction/Non/Fiction Season 5 Episode 8 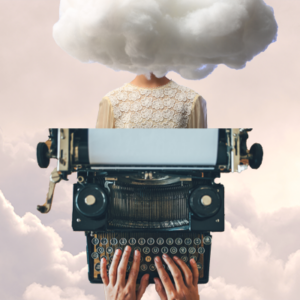 Welcome to Life Advice for Book Lovers, Lit Hub’s advice column. You tell me what’s eating you in an email to deardorothea@lithub.com,...
© LitHub
Back to top