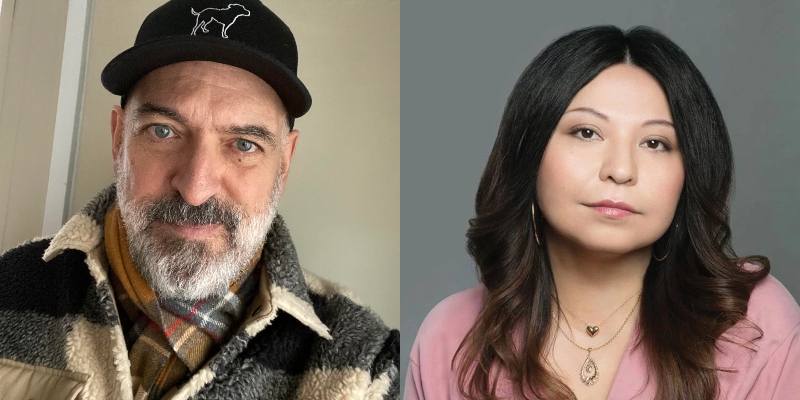 Authors Paul Lisicky and Terese Marie Mailhot join hosts Whitney Terrell and V.V. Ganeshananthan to talk about the possible long-term mental health effects of the COVID-19 pandemic. First, Lisicky discusses the situation in light of his experiences with the AIDS epidemic and through the lens of his memoir Later: My Life at the Edge of the World. In the second half of the show, Mailhot reads from her bestselling memoir Heart Berries and talks about how children’s futures may be shaped by the trauma they have experienced since early 2020.

Excerpt from a conversation
with Paul Lisicky

Whitney Terrell: Your memoir Later: My Life at the Edge of the World follows your time living in Provincetown from 1991 to roughly 1993, some 10 years after the AIDS pandemic began. Is it fair to say that your book is at least in part an attempt to chronicle the long-term mental health consequences of that pandemic?

Paul Lisicky: That particular era has shaped me for most of my life, and I wanted to think about what it was like to live alongside death, to walk alongside death, the possibility of illness, and how one would cleave a life when the future wasn’t guaranteed. When I came to Provincetown in 1991 as a fellow of the Fine Arts Work Center, it was a town of mostly young people, there weren’t old people in town because gay men did not live, for the most part, past 40 years old. So here I was in this playground of a place where there happened to be joy and tenderness and silliness in the atmosphere, but it was fused with the awareness of death.

WT: You mentioned that we’re talking about the omicron surge that’s happening now. And you mentioned one difference is there’s not as many ambulance sirens where you are in Brooklyn. But that was the sound of death at the beginning of this pandemic.

PL: Exactly. We can’t even begin to tally the cost of the right number of people who’ve been lost in the last two years, who are being lost right now. It’s unfathomable. I look every day at the New York Times chart to see what the numbers are just to drive it home.

V.V. Ganeshananthan: There’s something about the scale that we’re incapable of understanding beyond a certain point. Say, parsing the difference between 150,000 and 200,000. And yet that’s a huge difference.

VVG: Whitney and I were talking about surge capacity as we were writing this episode, and apparently, this term originates in part with Ann Masten, who’s a professor of child development at the University of Minnesota. She uses this term in relation to COVID-19. It’s defined as “a collection of adaptive systems, mental and physical, that humans draw on for short-term survival and acutely stressful situations such as natural disasters.” I’m citing the journalist Tara Haelle here, who interviewed Masten on the subject. The problem is its surge capacity implies that—it’s a surge to your power strip, right, it’s supposed to last for a finite amount of time, you’re putting your foot to the emotional pedal, thinking that you can lift it at some point.

But the pandemic has been forcing people to operate at surge capacity for years. We’re kind of seeing the toll of that. Now, there’s this burnout factor. And I wonder if you and the other people in Later were operating on over-extended surge capacity, and if you could talk a little bit about what that was like 10 years into the AIDS pandemic, and whether that notion of surge is a useful term.

PL: Well, the notion of surge is interesting, because doesn’t that imply a normative, it implies a normative of a healthy state. And I am not an epidemiologist, and I don’t know enough about the history of pandemics across history. But you know, I think a lot of us grew up at a time in which we thought disease was conquerable. By medicine. We grew up at a time, you know, with some optimism and positivity about all that. So gosh, when I got to Provincetown, 10 years into the epidemic, there was no sense of it being extraordinary, or a surge anymore; it was life. There was no sense of a finite point, no indication that there would ever be antiretrovirals to come on the scene.

So it felt like that the trick was simply to stay alive and bear with this force on a day to day level, how could we, you know, how could we take care of ourselves? How could we take care of our community in the best way we can? I know that probably sounds really earnest and lovely, but there was a time of great irreverence and gallows humor, and I think those methods, those strategies, did a lot to keep people lifted and awake. So I just never would have guessed in 1991, that by 1995, the FDA would have approved antiretroviral therapy, and then all of a sudden, people were alive. There were gay men who were in their early 40s. And people started dressing up because there was a reason to dress up and real estate, people could invest in real estate, it was astonishing to see that change, I still remember going into an art opening and seeing like, “Oh, my God, this event is implying normalcy. And it’s not bearing against some kind of outside stress.”

Excerpt from a conversation
with Terese Marie Mailhot

V.V. Ganeshananthan: You talk about how in your culture, pain is not framed like a problem with a solution. And a little bit earlier in the book you write about the Indian belief in surviving, but not necessarily dubbing that resilience. And I kind of thought about those two things as more realistic than thinking about dressing up the problem or solving it. Like resilience sounds pretty, but it’s not necessarily pleasant or accurate. And sometimes pain is a problem that you can’t solve. And one kind of pain, it seems to me, that we’re going to have going forward is that children should have been able to trust adults, that is to say, my generation or your generation, to manage the pandemic responsibly. And that failure is a really intense betrayal and trauma, and it’s a generational trauma. And I wonder how you think we can address this with our children or talk about it?

Terese Marie Mailhot: Well, you know, I think for my baby, we learned to believe in things beyond ourselves just in the past year. So I was not practicing my culture very much within the marriage I was in and it was an eight-year marriage, and I didn’t go to ceremony, and I didn’t pray, and I didn’t smudge, because I always felt like it was a spectacle to my white partner, who would watch. And it almost seemed like they were taking notes for their novel, so I never did it. And then now in my own space, my baby and I, he has a medicine bundle with a little medicine in it that protects him at night. And he likes to smudge with just sage and kinnikinnick and women’s medicine mostly. And we burn it, and we clean ourselves. And we pray and we give thanks for what we have.

And like as a practice, giving thanks every day has made him feel more safe, you know, that we have things to protect, and also asking for some protection beyond ourselves is important. And for us, like, reconciling with our pain through ceremony, I think it can also happen in writing, you can encourage your children to write about this time, and keep a journal of their uncertainties and the things that they don’t know yet. Or the things that they’ve witnessed in school that have changed. Like they can’t sit together in a lunchroom. How does that make them feel? My baby before, when he was in daycare, he liked to talk right in people’s faces. And they used to hold each other and laugh and roll around. And that kind of play is limited now. You know? And it’s like, how do you mourn those things? I mourn things through writing about them. And through remembrance. And I also think we should write about our children too. And I don’t think you need to do it for the public, but you can do it for them, for their personal history.

You know, I think that’s one measure. And I also think valuing the idea of safety and understanding that you should be full of generosity and grace to other people. Almost first and foremost as an act of collectivism. And I think we personally—you know, our government might not be able to protect us, and they might not be taking measures they should to protect teachers specifically. But we can do our best. We can give K95 masks to our teachers, we can do a lot of things and we can also do our best to protect our neighbors. We can limit our interactions and limit how we leave the house. And I think that’s the hardest thing for me is because, since I’m boostered I feel pretty safe, right?

Later: My Life at the Edge of the World • The Narrow Door • Unbuilt Projects • Lawn Boy • Famous Builder • The Burning House 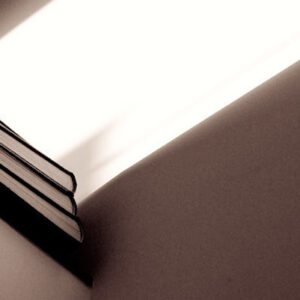 Talking about black and Black consciousness requires an exploration of miscommunication, misunderstanding, and missed opportunities,...
© LitHub
Back to top