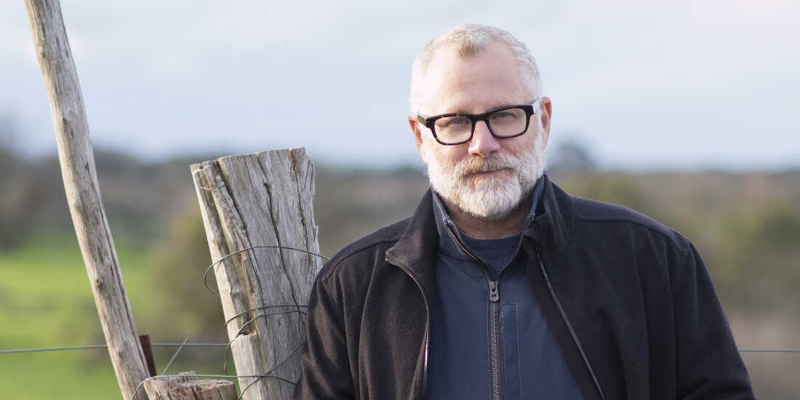 Novelist Tom Perrotta joins Fiction/Non/Fiction hosts V.V. Ganeshananthan and Whitney Terrell to discuss the upcoming midterm elections through the lens of his new novel, Tracy Flick Can’t Win, his second about the title character. Tracy Flick serves as an avatar for elite liberalism—a way many view the Democratic Party, he argues, whether the Dems are aware of it or not. Perrotta talks about what it means for his character, and many Americans, to be Republicans at heart while finding it necessary to lean toward the Democratic Party in light of Trump-era Republicanism. He also reads from the novel and explains how #MeToo influenced his decision to return to the iconic heroine.

V.V. Ganeshananthan: At various points in your book, Tracy Flick Can’t Win, Tracy seems like she’s thinking there’s a good process in place—“I did things the way that I was told I should do them, yet, somehow, I can’t quite get across that finish line.” I feel like I’ve seen it in the Democratic Party in recent years, where I’m like, why are you not winning? Why are you not getting things done?

Tom Perrotta: I see exactly what you’re saying. We’re at a point where the Democrats do have three branches of government under their control. They’re about to lose that, as you pointed out. I think you’re absolutely right, Tracy is a product of the meritocracy. She believes that if she works harder, if she is more competent and more qualified than anyone else, that she will deserve the promotion, and she will deserve the power that comes with it. And she does believe that if there’s an equal playing field, the best person will win.

So Tracy came of age in the 1990s, during the Clinton era. I don’t think there were the critiques of meritocracy that we have now. We understand that it only worked for some people. And for others, I think Tracy thought of it the way that maybe Barack Obama thought of it, as a way for people from the margins, who don’t have a lot of resources, to rise up within the society and get to positions that in the past had been given to people who had more. Like, families that had more money went to Ivy League institutions, that was more of a hereditary kind of power.

So, for Tracy, she feels like an outsider who is competing to rise to the top. What’s happened during the course of her life is that there’s been a populist reaction to the meritocracy, and the sense that the meritocracy has become a new kind of elitism. So people like Obama and the Clintons are very vilified by the Republican populace there. They are seen as elitist even though they started out in very humble circumstances compared to a Trump or a Bush, the people who have been, you know, running the Republican Party in its various iterations.

Whitney Terrell: It’s really interesting. You’re talking about the change in the way that people think about elitism and success. I got out my original copy of Election and went back to the book. That book is set, as you said, during the 1992 election and came out in 1998. When I was reading it, she seemed to me in certain ways like what the Republicans were like back then.

That Alex P. Keaton: I want to go to a great school, I wear good clothes, I’m organized, I’ve got my shit together, kind of like the Republicans were. Meanwhile, the Democrats were still thinking about the 60s, and now it’s almost completely reversed. It’s like Tracy Flick now belongs in the Democratic Party. Whereas before she felt to me like she belonged in the Republican Party.

TP: I think that’s a really good observation. In this book, when Tracy talks about being in law school, she identifies herself with the tough on crime Republicans. I think she’s basically saying, my way to rise within the political system will be I’m going to go to law school, I’m going to become a prosecutor. She happily admits to being an opportunist saying that one day, the right case is going to come my way And I’m going to embody, like the righteous vengeance of the state, and people will hear my name as this sort of crusading prosecutor, like the kind of road that Giuliani took.

This idea of Tracy’s a rule follower, and her rule following goes to the process of things like elections, but also in that sense, she is like an old school disciplinarian. She believes that people should follow the rules, even though we’ve seen in Election that she’s capable of certain Machiavellian dirty tricks. She has some contradictions, like most people.

I started thinking: who is Tracy? And the person who came to mind is a kind of Liz Cheney. Somebody who is a Republican at heart, but has been pushed into the Democratic Party, to some degree, by what she sees in Trump with dishonesty, and a Trumpian threat to democracy and the rule of law, which is what she believes in. Because I think there’s a version of Tracy that would be a more cynical Republican, I think she got knocked off this path. However, I do think there’s a version of Tracy that could have been like Elise Stefanik say,  who was a Harvard graduate and Never-Trumper, who becomes Trump’s greatest advocate in the Republican House.

WT: Maybe that’s one of the things that makes her a beloved character in American literature and imagination; we know that she wouldn’t become an Elise Stefanik that has a certain kind of principles that she does stick to even when they don’t serve her. Like Giuliani, for instance, has given up all of his legal principles and is now giving press conferences outside landscaping offices telling people to ignore the election. I mean, he’s completely changed.

TP: Yeah, I think this was part of one of the problems I had to face—where Tracy is, politically. This book was written during the Trump era, and I really had to ponder that. I think I just had it in my heart, Tracy is not a Trump follower. Tracy would have a visceral distaste verging on disgust for Trump; the one thing that really bothers her is unearned male privilege.

In Election, Mr. M, the teacher, goes out of his way to find this football hero who’s not as smart as Tracy is, the Herschel Walker of her high school, and says: Paul is very popular, he’s handsome, even though he’s not the brightest guy in the world, he’ll get more. He’s a threat to Tracy and it infuriates her. She feels like I’m so much more qualified than this guy, and he’s gonna waltz in and take it from me. I think Trump is that thing—writ large—of course, a much more malignant version of male privilege than Paul Warren. He’s another version of what Tracy sees as an unqualified man getting an unfair advantage and taking from her the prize that she actually deserves.

VVG: So speaking of changing times, and Tracy changing, and us changing our understanding of her, Tracy Flick Can’t Win begins with a reevaluation of Tracy’s relationship with Mr. Dexter, the high school yearbook supervisor she slept with before the events of Election. She now has in this book a different take on what transpired, like a more mature understanding. Could you talk a little bit about how your own view of Tracy’s agency in that relationship has changed as time has gone by?

TP: Yeah, I would say that one of the reasons I wrote this book was because I was so aware, during the #MeToo Movement, of all the reevaluation going on in our culture around sexual relationships that involve power differentials and age differentials. So in Election, which was written in the early ’90s, Tracy has a relationship with her teacher. It’s very brief and she calls it off, then the teacher gets exposed and fired.

But Tracy herself is very adamant that she wasn’t a victim, that she had agency, that she’s not traumatized. She just basically says this thing happened, I wanted it to happen, then it happened, and I didn’t like it so I called it off. He got punished, and let’s just move on. With progress toward a scholarship to college and a glorious career, she just basically says, “It was the thing that happened, and now it’s done so let’s move on.” She’s a 15-year-old and he’s a teacher, and I understand it was uncomfortable. Even then those kinds of relationships were getting a certain kind of scrutiny. A teacher with a 15-year-old is always wrong.

• “Rhyming Action,” by Charles Baxter, from Michigan Quarterly Review, Vol. 35, No. 4 (also in Burning Down the House) • 5 scenarios that could decide the Senate in 2022, The Washington Post • On Feminism and Fictionalized Histories: Curtis Sittenfeld Tackles Centrism, Clintonism and All Things ‘Hillary Rodham’ (Fiction/Non/Fiction Season 3, Episode 18)  • Charles Baxter 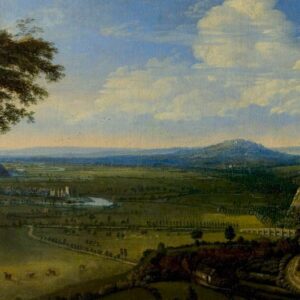 I was almost a year late filing this piece. A year! When I pitched it in the autumn of 2021, I thought I knew what I was going...
© LitHub
Back to top