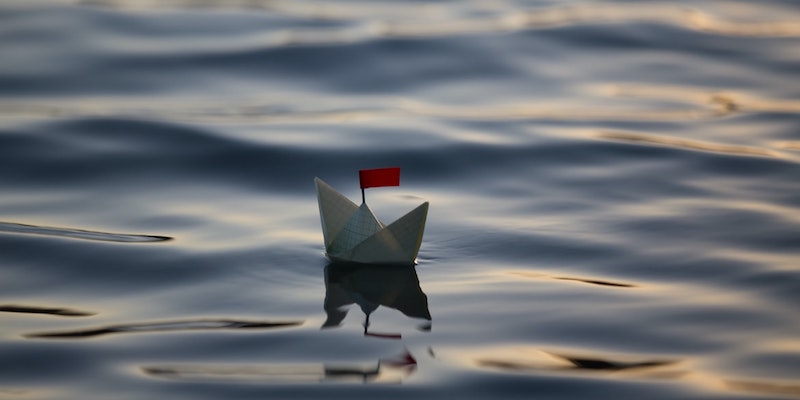 When Me and God Were Little came out in Denmark in late 2006. The novel was written in the aftermath of Dad´s death. Words came unusually easy. On the day of the book’s Danish release, I went to the gas station in my hometown, Hirtshals. I bought all papers on hand, my dog by my side. Coffee, too. We drove to the beach. This was the right place to be reading the reviews. Bound to be good ones. But there weren’t any.

The next day I did the same. Nothing! On day four I stopped buying newspapers, instead I snuck a peek at the reviews page and left the gas station empty-handed and heartbroken. It felt as if the book had only been released inside my own head. My publisher in Copenhagen tried to offer consolation: “3.000 books get published every year in Denmark. Most of them get no attention at all.”

Growing up in Hirtshals teaches you to deal with disasters. At the heart of my little town, there’s a monument marking the death of six rescuers who lost their lives on December 1, 1981, while trying to save the fishing boat Hanne Dorthe. In a raging storm, they went out on board the RF2, a ship that its manufacturer had described as “unsinkable.” A huge wave turned it upside-down. All six on board drowned that night.

I was 12 years old. I used to play along the coast where the boat washed up. I couldn’t get my head around it: too evil, too unjust. But that’s Hirtshals. Even Heaven gets to slap you in the face. And whom do you blame?

Dad was no fisherman. He did own a boat, but he never sailed. He also owned loads of properties and a beach house and we had so many cars I often got into one we didn’t own—I took it for granted they all belonged to us. I was a spoiled brat. Same could be said for my older sister and brother. We got everything we pointed at. Dad bought new land and built fine houses. My brother, 14 years old than I, was especially privileged; he worked alongside Dad. He often sat on the roof shouting out to Dad’s workers. I was always stuck on the ground, a useless little brother.

One day when I was nine, there was a knock on our door. It was the IRS, a group of people I’d never heard of before, Mom either. She burst into tears as they started ransacking Dad’s office, arguing it was their right and duty to do so. Not many weeks later we stopped owning stuff, including our house. From my perspective it went just as fast as the RF2 and all its heroes going down. Dad sank, too: to the bottom of bottles, his designated place to recover.

In 2006, I couldn’t bounce back from the nonexistent reception of my novel. My publishing house advised me to start anew—to write something fresh—but the book, written so close to my dad’s death, felt like a testament to him. I wanted him to have a monument, too.

In 2007, I happened to run into Steve Schein, an American living on the Danish Island of Samsø. Steve had run a jazz record shop in Copenhagen, but now he primarily made a living from translating. I asked him what it would take for him to do my entire novel. We made a deal. Steve came to Hirtshals. We literally walked through the book and its universe side by side. He dug it. Big time. By late 2007, we had a complete English version.

I bumped into another obstacle once I started examining the American market: most publishing houses wouldn’t even take a look unless the manuscript was presented to them by an agent. Another expense, and by this time I was broke. Nevertheless, I sent When Me and God Were Little to countless publishers, well aware that they might not even bother to open the envelope.

Months went by without a word. Then one day, I received a letter from Macadam/Cage in San Francisco. It was signed by Michelle Dotter, whose job was to go through the slush pile of unsolicited rubbish in hopes of finding a miracle. She had picked up my novel and from the very outset of the story was intrigued. After reading, she rushed to the editors’ offices at Macadam/Cage. Sadly, they weren’t as jubilant as she was, but she wanted me to know the impact When Me and God Were Little had had on her and wished me all the best in my continuing hunt for publication.

I read Michelle’s letter a few hundred times. Somewhere in America there’s a human being who loves my book. It was a rejection, sure, but it restored my hope. But a big question remained: Where to ship my novel next?

I didn’t begin writing a new novel for years. I became a teacher at a local high school and led a quiet life. One autumn, I had a small group of very outspoken students. Mille Andrea, Line, Lasse, and Emil were their names. They signed up for my creative writing class but after just one week they handed me an ultimatum. They had noticed the fact that I seemed oblivious to social media. It’s the future, they argued; if I didn’t create at least one social media account, they would quit my class. I liked their boldness, and even though the mere thought of Facebook made me sick to my stomach, I accepted their demand.

My students had a blast. That semester, they taught me a lot about communication. The fact that I could sit late in the evenings, in my deserted farm in the middle of nowhere, and recall important people from my past—and not only look them up, but also get some idea of how they were doing—was mind-blowing for me.

One evening, I expanded my research. Maybe I could relocate that very special human being who five years earlier had taken the time to write me such unforgettable letter of rejection. I had no trouble remembering her name. Dotter is almost datter in Danish, meaning Daughter, and to me Michelle was the only family member my book had ever had in America. I found her. I applied for her Facebook friendship. To my joy, I could tell her love of literature was still very much alive—and now, she was the editor in chief of Dzanc Books. She asked if I wanted them to publish the book she had read so long ago.

Growing up in Hirtshals teaches you resilience: shortly after losing six souls, our harbor had another boatload of volunteer rescuers. My dad, too, found his own way of redeeming himself, including showing me how to build a barn. Watching him resurface after years of being in dire straits taught me never to lose hope. And after his death, I kept fighting for my book.

A successful crossing of the Atlantic Ocean took sixteen years. The book, naturally, is dedicated to my dad. 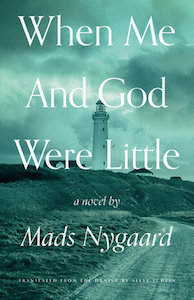 Mads Nygaard’s novel When Me and God Were Little is available now via Dzanc Books.

Mads Nygaard is a Danish author from Hirtshals, Denmark. The author of five novels and five children’s books, he has received the Benny Andersen Award 2020 for the book The Unaccompanied Minors, and has also been the recipient of the Three-Year Grant from the Danish Arts Council. He is cofounder of the movement Venligboerne (the friendly neighbors), a network giving refugees a fast track into their new local environment. When Me and God Were Little, translated by Steve Schein, is his first American release. 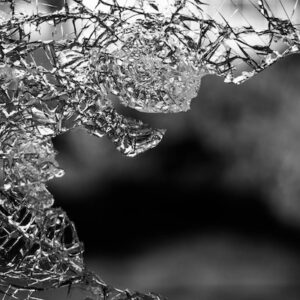