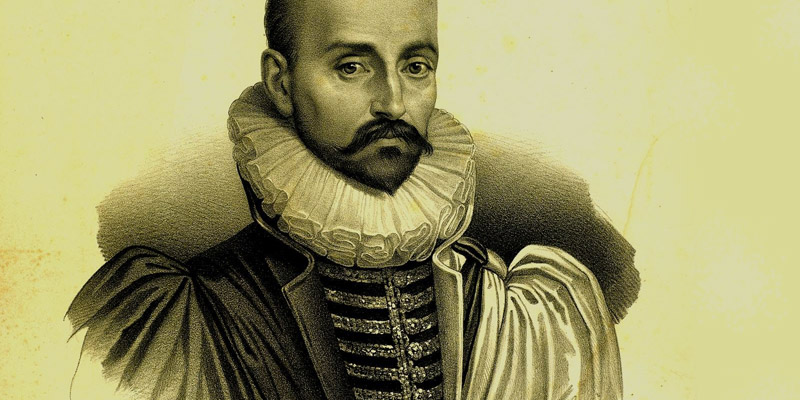 VIA The Song Cave

Hannah Brooks-Motl on Where We Go When We Read, and Who We Become

Everyone is always reading Montaigne perhaps because Montaigne was always reading: his essays are made of quotations. He cites and then he ruminates on his citations. Then he ruminates on his ruminations about his citations. Then an anecdote occurs, which brings to mind a citation, over which he mulls. Reading Michel de Montaigne is reading him reading, and it’s also reading how others have read him. These layers of reading feel particularly dense and web-like; it’s like being inside a muscle.

Reading expands, substitutes, dissolves—it’s a kind of happy fog. Here is Jean Starobinski on Montaigne: “His free intercourse with the authors in his library had shown him how reading might defy space and time.” Reading is legerdemain: a process you can foresee for an outcome you can’t. I often feel minimal as I read. I’m a function, doing something that requires me hardly at all. Depending on the day, this is exhilarating, a relief, oppressive, terribly sad. I sometimes wonder, in my career as a reader, what kind of thing reading is—an act, a decision, a process, a right, a privilege, a behavior? In reading, where do I end and what’s being read begin?

Starobinski, whose book is titled, in English, Montaigne in Motion, talks about Montaigne’s essays as an act of “transfer”: there is a “gradual transfer to the writing, to the book, to the image, of responsibility for establishing identity.” Readers have long believed that what they are reading, when they read Montaigne, is something more like a man than words a man once wrote. Montaigne encourages this: he states at the outset his goal as “domestic and private… It is myself that I portray.” Everywhere in the essays you find statements like this: “Thus I guarantee no certainty, unless it be to make known to what point, at this moment, extends the knowledge that I have of myself. Let attention be paid not to the matter, but to the shape I give it” (“Of Books”). Erich Auerbach describes how, “I had been reading him for some time, and when I had finally acquired a certain familiarity with his manner, I thought I could hear him speak and see his gestures.” This is reading as transference.

Transference presupposes edges, sites of contact, things moving from one place to another. Citation—quotation—is one way of marking edges: here is me, my words, and there is not me, not mine. William James says that this is precisely the ethical question and the psychological question that we face, inside books and also outside books—the various moments or figures at which each of us will “dichotomize the cosmos.” But Montaigne also admits to not citing, leaving his edges unmarked, in order to catch readers out who might criticize him, thinking it is Montaigne they’re mocking and not “the Seneca in me.”

So maybe Montaigne citing, Montaigne not citing, gives us all permission to endlessly cite, recycle, and otherwise address him, à la Auerbach. In How to Live, or A Life of Montaigne, Sarah Bakewell, Montaigne’s latest biographer, notes that Montaigne “has flowed through time via a sort of canal system of minds.” And Dudley Marchi, in his reception history of the Essays, describes how “each successive historical period produces interpretations of Montaigne in its own image, modifying a text whose collage-like qualities seem easily adaptable to such variegated reconstitutions of their identity.” Indeed, Starobinski calls Montaigne’s essays “the me-spectacle.” And here is Virginia Woolf: “As the centuries go by, there is always a crowd before that picture, gazing into its depths, seeing their own faces reflected in it, seeing more the longer they look, never being able to say quite what it is that they see.”

My introduction to Montaigne was through Ralph Waldo Emerson, who wrote a great essay on him called “Montaigne, or the Skeptic.” I spent a few years reading Emerson and Montaigne, writing poems from, maybe for, them. My first book of poems is, roughly speaking, Emerson’s; Montaigne occupies my second. M, which has just been published by the Song Cave, is explicitly connected to Montaigne through a haphazard veil of citation. It’s not systematic, not procedural, and frankly not at all conceptual. I have no concept of Montaigne. I have no “reading” in the strong academic sense of that word, and I don’t have much French. Once I read Montaigne, and once I copied out passages, and both of these activities once led to poems.

But I have devised a rationale for the poems, the activity that made them, and their own activity in the world. That is, I’ve developed a theory of the canal. Stanley Cavell has this idea of quotation as inheritance. “The inheritance of language is essentially never over and done with,” Cavell writes. Language comes to us from sources: friends, lovers, emails, poems, essays, books, bars, out our windows, dreams. It instantiates and constitutes us, while reminding us that our individuality is common—“language is… learned, always already there for every human,” Cavell also says. And: “Words are before I am; they are common.” Here, Cavell is performing an intricate reading of Emerson’s own diatribe against quoting in “Self Reliance.” “Man is timid and apologetic;” Emerson scoffs, “he is no longer upright; he dares not say ‘I think,’ ‘I am,’ but quotes some saint or sage.”

Cavell’s point is that Emerson himself is quoting Descartes. What does he mean by it? For Cavell, for Emerson, and for Montaigne, quoting and saying, “imitating or thinking,” are complexly related. To think, as Emerson repeatedly quipped, is often to think in terms other people have already thought (again from “Self Reliance”: “In every work of genius we recognize our own rejected thoughts”); to think as those who’ve come before you, to think like those whose books you happen to be reading. To wish to think like them, and to desire to. Of Montaigne, Emerson wrote: “It seemed to me as if I had myself written the book, in some former life, so sincerely it spoke to my thought and experience.”

I have a friend who once described reading a good book as: I am writing this!! Of course this is primarily art reading, literary reading. Sometimes reading results in very real things that shape the world as policy, government programs, speeches, acts of war; but often nothing occurs. It’s a tentative activity, quiet, minimal, and yet it depends on a vast and complicated machinery set into motion by class, access, the ruthless algebra of ability, norms, laws, taxes, and probably everything.

Everything has gone into me or anyone—everyone—reading Montaigne, finding the moment in history in which I or you or we might do so, and the particular moment of me or us when Montaigne could exist to be read. Writing that moment down, or writing through that moment, to the next in which Montaigne has been read and now can be re-read, transmitted anew, is part of our experience of Montaigne in a way that’s true for few other writers. It’s true in part because of Montaigne’s translators. Here is Emerson, again, in his journal: “Were I professor of rhetoric, I would urge my class to read Plutarch’s Morals in English, and [Charles] Cotton’s Montaigne for their English style.”

I read three translations for M: Cotton’s, and John Florio’s, and Donald Frame’s. Translation keeps Montaigne moving through centuries and readers. My thoughts about my use of his translators struggle to come clear: am I imitating? Stealing? Are these (pale) copies? There’s a tender, revealing half-second in Spring and All where William Carlos Williams first discusses Juan Gris’s paintings that helps me here. Gris’s paintings are exciting to Williams for all they summarize about what he is trying to articulate himself—the potential of composition to create reality, rather than represent it; the dynamic movements of imagination, almost like evolution, a natural force—and yet, Williams slips in, almost as an aside, he’s never seen them “in color.” Thinking about this moment between Williams and these reproductions of Gris’s work—photos probably in a book, maybe in a journal or newspaper—is poignant, for me.

Translation, one might say, is a kind of reproduction. It’s not full color. But then little is. I like the idea of the “pale copy” for the frank uncertainty, the little wobble of admission, it allows in—even Williams’s sometimes strained attempt at avant-garde bluster is made momentarily, fascinatingly human here. Paleness could connote all kinds of lack, but the word also conjures, for me, subtlety, softness, an effect of translucency, bareness or barely thereness, like the minimal state of reading. Here is the last poem in M, based on an essay about one third of the way through Montaigne’s first book of essays (the title is Montaigne’s in Donald Frame’s translation):

THAT OUR HAPPINESS MUST NOT BE JUDGED UNTIL AFTER OUR DEATH

One might like fine days of absolute nothing, just blue floating down in occasional handfuls, and leaving one’s house for the moment, in the blue of going we watch you

“It is the master day, the day that is judge of all others”: in this absolute there is nothing, a fine day, or knowing you turn your back to the street, precisely the last of the street you are going

That which is clean and good and present you have given away—“There is no more pretending” what’s judicious though random, composing itself to perfection—

You are pink through the going

The palette of this particular poem is nothing if not pale. Blues and pinks dominate and I get a silver feeling somehow—maybe from those “nothings”—even when I read it now. I wrote the poems in M while living in a village in Massachusetts. There’s faded rural green hiding out behind these lines, gold in the center of sunset, dark rose at the edge, all riotously pastel.

The “pink” of the final line I think about in terms of the experience of reading, perhaps the experience Williams himself had seeing Gris’s paintings, even in black and white, the experience we all likely long for in our engagements and adventures with art: how we go pink through the world after a poem, an essay, a painting, a movie. This thing that I’ve been concentrating on has actually concentrated itself on me. I am now this thing I thought I was doing; the world is now me plus this other thing of art, and we’re seeing it—the world—together. This momentary pinkness or tenderness, this vulnerable state of reading or writing excitedly, of encountering and inhabiting experience anew, like being born and perhaps like dying, like watching and going, is one that Montaigne, and his translators, so often inaugurate. It is the color of reading and perhaps of copying, the color of writing, both vibrantly and palely, the thoughts you recognize as yourself.

Hannah Brooks-Motl was born in Wisconsin and earned an MFA at the University of Massachusetts-Amherst. She is the author of the poetry collections The New Years (2014) and M (2015). Her criticism has appeared in the Kenyon Review Online and The New Republic/The Book, among other places. With Stephen Burt she helped edit Randall Jarrell on W.H. Auden (2005). 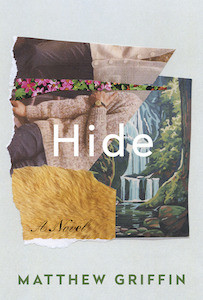 He tried to teach me the constellations once, out at the lake at Warren Park. It was the first time we’d been together...
© LitHub
Back to top