The Author of White Out in Conversation with Christopher Lydon

The following interview originally appeared at Radio Open Source. In it, English professor, author, and former heroin addict Michael Clune talks to Christopher Lydon about his book White Out and the unceasing struggle of addiction. A brief excerpt from the book follows:

In Baltimore that summer the best heroin was sold in little glass vials with white stoppers. White tops. The color of the stopper was like a brand. If it was good, its reputation would spread. (“Where’s Dom?” “Dom’s dead.” “What was he doing?” “White tops.” “Who’s got ‘em?” “Fathead.” “Where’s Fathead?”) Eventually dealers with inferior product would start using the good color, and then the people with the hot dope would have to change to red or blue stoppers. It was a cycle. I’d been off the stuff for almost six months, but as soon as I saw that empty white-top, I got a funny, destiny feeling.

You might think the whiteness of the white tops isn’t that important. After all, over the past few years I’d bought red tops, blue tops, black tops, and even yellow tops. Of course, the drug itself is often white, but it can also be brown, and the white is really just an effect of the cut. But the first stuff I ever did was in a vial with a white top, and its whiteness showed me dope’s magic secret.

Michael Clune: I think the aspect of addiction that a lot of people have a difficult time understanding is that it’s a memory disease. The actual experience of taking heroin is euphoric, but it’s no more so than a whole variety of other kinds of experiences I’ve had, ranging from falling in love to walking in a beautiful landscape.

But here’s the crucial difference: For the addict, that experience grows so large and intense and unforgettable and omnipresent in his memory that it dominates him and almost forces him to worship it in a way that those other experiences really don’t. There’s no analogue to it. I draw a sharp distinction between the way the addict feels when he takes a drug and the way he remembers the feeling.

During my using days, I had a friend named Dave. And Dave was not an addict, but he did heroin with me one day a couple of times, and every time we did heroin, he would say the next morning, “Hey, that wasn’t that great.” And I say, “What are you talking about? It’s the best thing ever.” So one time we did an experiment. I got a pen and a pad of paper, and we both did heroin together. I asked him to write down what he experienced. And he wrote down this is the best feeling ever. This is amazing. I feel so relaxed, I feel like I’m floating, all of this euphoric stuff. The next morning, he said, “Oh, it was an okay time, but I basically remember it being kind of sleepy and throwing up a bunch of times, and that’s it.”

When I think about heroin or look at any of the objects associated with heroin, whether it’s a spoon or a straw or a vial or white powder, instantly the memory of the euphoria of the first time flashes back. For me, the first time I did it was on a roof in SoHo in New York in the summer, and that’s the experience that comes back—how the sky looked, the people I was with. That’s what I see when I look at dope.

Christopher Lydon: What was your mindset like when you were struggling with addiction?

MC: On a day-to-day basis, my life was essentially all about getting money and getting the drugs. From the moment I woke up in the morning, I was hustling. How am I going to get some money? What can I do in terms of bouncing checks? What stores can I steal from? How can I come up with this cash? It’s like an hourglass; you’ve got about four to six hours from every dose until the withdrawal symptoms start.

The best thing that ever happened to me was getting arrested on a felony charge in Chicago on New Year’s Eve in 2001. Being in jail over the following days, I got distance from that rat race, that insanity. I realized I needed to get serious help.

CL: I spoke with a woman yesterday who said she knew she needed to get out but didn’t know how to. But so many don’t seem to have that level of awareness; they’re numb and they say so.

MC: The million-dollar question is why was I able to find recovery when so many people who were smarter than me, less addicted than me are now dead or serving life sentences because of the things they did in their addiction. I have no idea what the answer is. I went to probably 13 detoxes in my years of addiction. I went through withdrawal 13 times, went through the worst of it 13 times. The vomiting, the shakes, the chills, and so forth. The depression. I was fortunate to get arrested with a serious enough charge to take me off the street for long enough for that moment of clarity to take hold, as it finally did. I’m sure I would be dead by now if it wasn’t for that.

But I learned that you can be happier than you’ve ever been, more peaceful than you’ve ever been without drugs. When you’re an addict, if you can imagine life without drugs, it just seems to you like this boring endless, pleasureless expanse. This desert. But freedom from that grind, freedom from that depression, that despair is like a high every day for me, to be honest. And then it just opens the door to all the ordinary pleasures of life.

I remember after I was clean for a few months, and the depression subsided, re-experiencing the taste of food, the pleasure of walking outside and being in nature, really minor pleasures that ordinary people take for granted. For an addict, those come as a revelation.

For the rest of this interview appears, check out “A Tragedy Made in America.” For more discussions on arts, ideas, and politics, check out radioopensource.org. 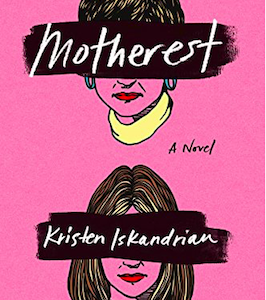