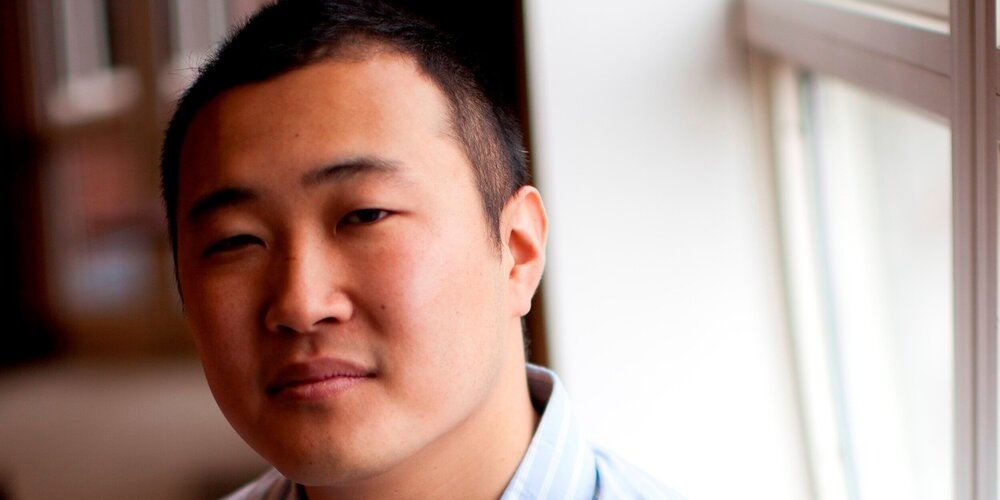 Matthew Salesses is the guest. He is the author of Disappear Doppelgänger Disappear, available from Little A.

Matthew Salesses: There was this thing that people say, like, you have to write about your worst fears. So I thought, I’ll do that. I’ll just make this guy maybe like me in the future, who’s driven away his kid and his wife, his adoptive parents, and is all alone. And has also done this himself in a way. And the way I thought to write about that was I started the book with the title The Murder of the Doppelgänger, and it was originally a kind of murder mystery in which the narrator discovered that his doppelgänger had been murdered and would find out eventually that in some symbolic way, he had murdered the doppelgänger himself. He had killed himself off. He was killing himself off. And that was his life and what was going wrong with his life. That’s where the germ of the novel came through.

By the time I was doing the major revisions that you do with your editor, because I pushed back the book, I don’t know, three years maybe, just because all the shit that was happening in my life—my wife was dying of cancer and getting chemo treatments, and I was accompanying her on these train rides back and forth from Boseong to Seoul, Korea, and then spending three days to a week in the cancer hospital with her surrounded by all these other cancer patients, all women, all suffering from stomach cancer like her. And in this, like, amazing building, all devoted to cancer, in Gangnam, which is like a super rich district of Seoul, you probably know from the Gangnam Style song. … And you can look out the window at this huge tower that’s built to this monument of capitalism and this other way of life, where people are striving and striving to get more and more possessions and live a certain way that we used to think was a happy life until cancer hit.

And in the ward itself, it was just a totally different life going on. The only thing that mattered was living. Everyone was so actively just trying not to die. It was just a complete mind trip. I was working on the book at that time, and the same kinds of questions were present. I mean, the book was still asking a similar kind of what is wrong with Matt Kim, which is also like what is wrong with society. What is wrong with the world that tells Matt Kim that he should be a certain way? What is wrong with Matt Kim, who tells himself that he should be a certain way in order to fit into the world? And just coming up against a very different situation where what mattered was very different.

I spent a lot of time by my wife’s side while she was trying to sleep off the pain from chemo, working on the book, thinking about these questions of like, what are we living for? Why are people trying so hard to live, and why are we trying so hard to live a certain kind of life? All of these very existential questions and questions about what happens when you die. If the body and the mind are the same thing, which I really believe they are, what the hell happens when your body dies? Right? These things that were shaking up all these different thoughts about religion and existence in love and living and dying. And I did a lot of the work on the novel then trying to figure out what it all meant to this person who thought he was disappearing from his life.

Matthew Salesses is the author of The Hundred-Year Flood, an Amazon bestseller and Best Book of September, an Adoptive Families best book of 2015; a Millions Most Anticipated of 2015; and a best book of the season at BuzzFeed, Refinery29, and Gawker, among others. He is also the author of I’m Not Saying, I’m Just Saying and the nonfiction work Different Racisms: On Stereotypes, the Individual, and Asian American Masculinity. Adopted from Korea at age two, Matthew was named by BuzzFeed in 2015 as one of “32 Essential Asian American Writers.”

After Reconstruction, Black Women Found Opportunity for Revolt in Church 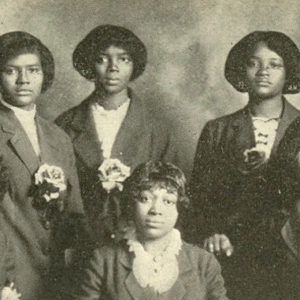 After Reconstruction, Black Women Found Opportunity for Revolt in Church

The following was excerpted from Vanguard: How Black Women Broke Barriers, Won the Vote, and Insisted on Equality for All by Martha...
© LitHub
Back to top