Also on Literary Hub: Paul Holdengraber and Claudia Rankine talk race, hope, and getting pulled from a security line at Heathrow, in episode 4 of A Phone Call From Paul · Read a selection from Garth Risk Hallberg’s massive debut, City on Fire · Five books making news this week: Nobel, Booker, Hallberg, and the great Patti Smith · The story of Virginia Pye’s grandmother, an American widow alone in 1930s China  · A poem by Wayne Koestenbaum · Why the printed book will last another 500 years · A story by William H. Gass 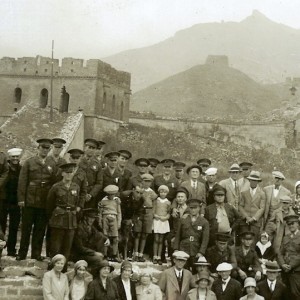 In the summer of 1937 in Shanxi Province in North China, my grandmother, an American widow and the mother of a teenage son,...
© LitHub
Back to top