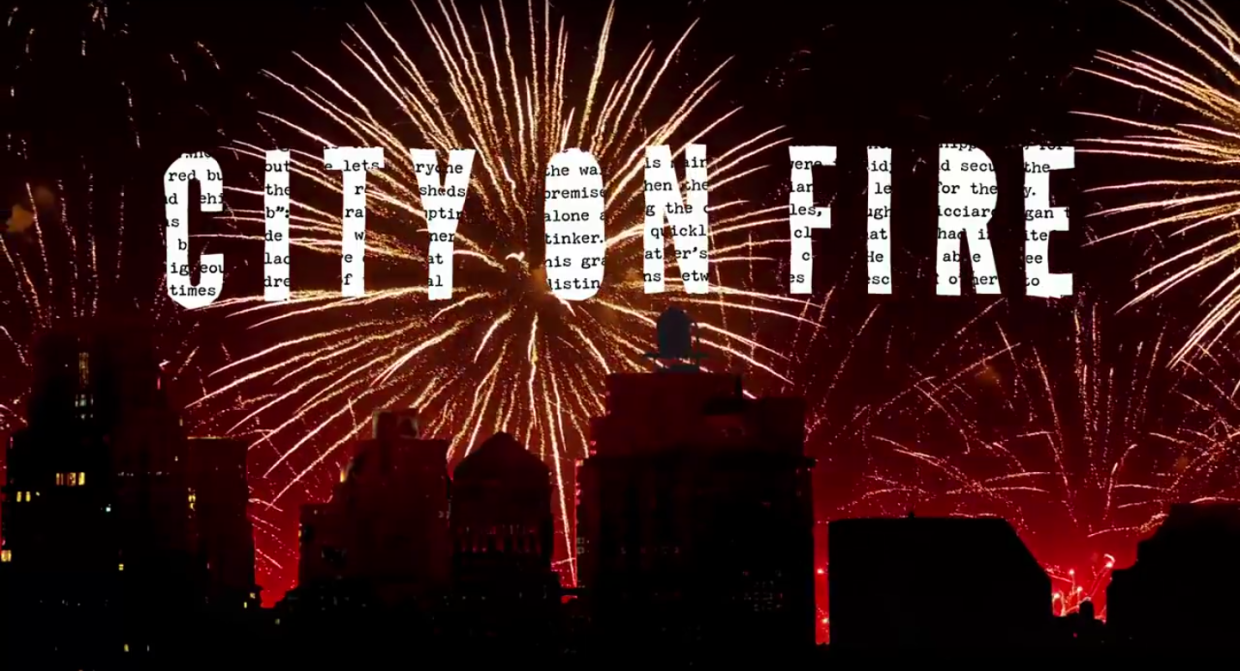 How Many "It Books" Can There Be At Once?

The much ballyhooed “it” book of the fall is here, the Nobel committee honors Belarussian author Svetlana Alexievich with their literature prize, Granta’s former editor (and editor for this website) packs a new publication with award-winning and emerging voices, and Patti Smith’s M Train keeps barreling down the tracks. Oh, and in London, the Man Booker award goes to Marlon James, the first Jamaican author to win, for his bold polyphonic novel A Brief History of Seven Killings. Head judge Michael Wood calls the winning novel “exciting, very violent, full of swearing. It was a book we didn’t actually have any difficulty deciding on—it was a unanimous decision, a little bit to our surprise.”

This 944-page mega debut novel arrives with a $2 million advance, a Hollywood (Scott Rudin) film deal, and a trailer featuring a new song, “My Reward,” by Hamilton Leithauser and Paul Maroon. Most reviews were admiring, although there were a few naysayers.

Michiko Kakutani (New York Times) calls City on Fire a “big, stunning first novel and an amazing virtual reality machine, whisking us back to New York City in the 1970s, that gritty, graffitied era when the city tottered on the brink of bankruptcy…” She concludes: “Despite being overstuffed, it’s a novel of head-snapping ambition and heart-stopping power—a novel that attests to its young author’s boundless and unflagging talents.”

Frank Rich (New York Times Book Review) writes of the “delicate and ultimately moving balancing act that Garth Risk Hallberg pulls off,” adding, “City on Fire may not be as good as it is ambitious, but in the tradition of other precocious New York debuts since time immemorial, it is radiant with the possibility that its author will do something great.”

City on Fire is “an extraordinary performance,” writes Ron Charles (Washington Post). “Radiating youthful bravado that will make older authors sniff with contempt (or sweat with envy), Hallberg has conjured what he calls the ‘muchness’ of New York City in the late 1970s… Like Tom Wolfe—but with less nervous energy and more stylistic elegance—Hallberg climbs quickly up and down the economic ladder…” This is a novel, Charles concludes, “whose Whitmanesque arms embrace an entire city of lovers and strivers, saints and killers.”

“It’s exciting to see a writer start his career with such an extravagant display of talent and assurance, and pleasing to learn that behind all the hype, there’s a tremendous amount of substance,” writes Kevin Canfield (San Francisco Chronicle). “Hallberg’s going to be fun to follow for a long time.”

Christian Lorentzen (New York) is not sold. “Hallberg’s vision of 1977 Manhattan is a ramshackle pastiche—part potboiler, part soap opera, and, in largest part, a close study of a handful of characters (not to mention an array of stock characters: an alcoholic journalist, a plucky gallery assistant, a crippled Polish cop just a few weeks from retirement who stays on the job to crack one last case), an exercise in the novel as group-therapy session… What the characters have in common is a pervasive ennui.”

Louis Menand is dismissive. “City on Fire is about four hundred pages too long. Hallberg is a gifted writer, so the pages go by pleasurably. His book is never flaccid or flat, but it does not leave you wishing for more. He tried to squeeze too much juice out of the apple.”

“I just met Ben Okri, and it hit me how much my literary sensibility has been shaped by the Man Booker prize, ” James says as he accepts the Man Booker Prize for his third novel, a fictive oral history involving dozens of voices and revolving around the 1976 assassination attempt on a reggae star he calls “the Singer.” “My turning point as a writer came when I read Salman Rushdie’s Shame,” James adds. “I was raised on Dickens and Eliot.” James thanks his literary agent Ellen Levine, his publishers in the UK, the independent Oneworld Publications and the US, Riverhead. He also calls out Kaylie Jones, who came to Jamaica ten years ago after he had given up on being a writer and deleted and destroyed a novel (he got it back on an old laptop) and Johnny Temple of Akashic Books, who published that first novel, John Crow’s Devil. A Brief History of Seven Killings won renewed attention from critics after being shortlisted for the Man Booker. This is the second year the award has been open to all writers published in the U.K. in English.

“Marlon James’s A Brief History of Seven Killings left me feeling battered and bruised like I’d been hit by a polyphonic patois hurricane,” writes Lucy Scholes (The Independent). “The plot blasting outward with the power of gunfire from the real life 1976 attempted assassination of Bob Marley, the comparisons to Faulkner, Foster Wallace and Tarantino aren’t hyperbole, this is a live minefield of a book.”

“A Brief History of Seven Killings is a thrilling Booker winner. The most thrilling and radical winner in years,” writes Arifa Akbar (The Independent). “This is the boldest of novels, and the boldest of Booker-winning novels, thanks to a jury bold enough to pick it.”

Tim Martin (The Telegraph) calls James’s “vast, ambitious burning mansion of a book, designed to reflect all the languages of its teeming island and the chambers of the human heart” a worthy winner. “It’s irreverent, difficult, funny, argumentative, sometimes horribly violent and very often pleased with itself.”

“Not for the faint of heart,” warns Mark Brown (The Guardian). The new Man Booker winner is “an epic, uncompromising novel” that “brims with shocking gang violence.”

Svetlana Alexievich becomes one of 14 women and a handful of nonfiction writers to win the Nobel prize in literature, honored for “her polyphonic writings, a monument to suffering and courage in our time.” Alexievich’s 2005 book Voices From Chernobyl: The Oral History of a Nuclear Disaster won the National Book Critics Circle nonfiction award.

“Alexievich was not the first to fuse others’ voices with her own plot and dramatic composition, but the scale of her method’s application, and her literary integrity, command respect,” note Nickolay Kononov and Gideon Lichfield (Quartz). “ Her chorus of ‘little people,’ the voices of the humiliated and insulted ones who survived the greatest disasters of the twentieth century, makes her the only living heir to the great Russian literature of Dostoyevsky and Chekhov.”

“Something momentous has happened in the history of literary genre: A nonfiction writer has been awarded the Nobel Prize in literature,” cheers Katy Waldman (Slate). “Her subject is feeling as much as fact, her technique polyphonic. After conducting hundreds of interviews, she arranges people’s intimate testimonies into a choir of almost impersonal witness; the resulting works have been called ‘novels-in-voices,’ immersions in experience that are governed by a fierce, purposeful intellect.”

Philip Gourevich (The New Yorker) reminds us he lobbied for nonfiction to win a Nobel last year: “As soon as the Nobel’s nonfiction barrier is, at last, broken, the fact that it ever existed will come to seem absurd.” Alexievich, he writes, “builds her narratives about Russian national traumas—the Soviet-Afghan war, for instance, or the Chernobyl nuclear catastrophe—by interviewing those who lived them, and immersing herself deeply in their testimonies. But her voice is much more than the sum of their voices.”

Chad Post, publisher of Open Letter Books, describes to Nicole Rudnick (The Paris Review) why Dalkey Archive decided to publish Voices of Chernobyl. “The stories in the book are raw,” he says. “They’re rough. And the fallout is still an issue for people from that part of the world, and now, sadly, from other parts, too.”

Freeman, former Granta editor and now executive editor at Literary Hub, launches his twice-annual literary publication Freeman’s in New York with readings by Anne Carson, Honor Moore, Colum McCann, Tahmima Anam, Ishion Hutchinson, Garnette Cadogan, Michael Salu and Laura van den Berg. Then he hits the road: dozens of stops in the U.S., plus London, Bucharest and, coming Thursday, Toronto, where he’ll be talking with Literary Hub editor-in-chief Jonny Diamond about “10 Reasons to Not Shoot Yourself in the Face Over the State of Literature.”

“Prepare to be transported,” writes Malcolm Forbes (Minneapolis Star-Tribune) of this “admirable collection” of stories, essays and poems.

“I’m struck by how many names I don’t know, and by how diverse and global it is,” James Wood says in a conversation with Freeman on Radio Boston. “It’s like watching someone take off into the tundra… and make it to the Pole,” Freeman says of publishing Lydia Davis’ 24,000-word piece on learning Norwegian by translating the latest Dag Solstad novel.

Abigail Sheaffer (Chicago Literati) is enthusiastic. She calls the collection “refreshing and full of nuanced stories that will linger with you long after you finish them.” She singles out Aleksander Hemon’s “bittersweet essay of his parents’ diaspora,” Etgar Keret’s “Mellow,” “rife with his signature wit,” the “richly layered” “Drive My Car”—“Haruki Murakami at his best”—and Tahmima Anam’s “poignant and heart-wrenching” story “Garments.”

Amy Strauss Friedman (Newcity Lit) decides that Freeman’s: Arrivals is “a thoughtful and profoundly accessible collection of work that connects our vulnerabilities, our expectations and our hopes.” New fiction from Aleksandar Hemon, Haruki Murakami, Laura van den Berg and others, she adds, “demonstrate that it’s ultimately what these writers discover after their arrivals that speaks to us about our shared humanity.”

The new memoir from “punk chanteuse” Smith, whose Some Kids was a National Book Award winner (and National Book Critics Circle finalist), has another slew of raves.

Maureen Corrigan (NPR) is a fan: “Smith… has weathered storms, but as she eloquently demonstrates in M Train, there’s a spooky beauty in those ramshackle things and people that defy conventional wisdom and keep on standing.”

Geoffrey O’Brien (New York Review of Books) tackles the question of Smith’s genre, calling M Train “a work whose charm has much to do with its lithe resistance to the constrictions of any particular genre.” M Train, he writes, “might be taken as a most roundabout and leisurely way of answering the question ‘How have you been?’… By turns it is daybook, dreambook, commonplace book. Under all lies a grief that is never allowed to overwhelm the writing but is, it would seem, its groundwater. She allows herself to begin anywhere and break off anywhere, thus realizing the secret yearning of almost anyone who sits down to write a book: that it might be possible for the thing simply to create itself out of necessity, to emerge as if by a natural process of unfolding.”

James Longenbach (The Nation) also analyzes the book’s form: “Like Patti Smith’s life, M Train feels guided simultaneously by determination and serendipity. It’s hard to gauge Smith’s attitude when she says that in 1978 she ‘came into a little money,’ but I don’t think she means to be coy. She knows who she became, and she knows that we know. But she’s not very interested in talking about that person. Mostly she’s interested in things—little talismanic things and, by extension, other things, other people.” He summarizes her miraculous effect: “The punk chanteuse has become the irresistible siren of middle age, and she has done so not by surviving but by refusing to settle for the glamour of past accomplishment. Except for what she will do next, M Train is the most beautiful thing she’s ever made.” 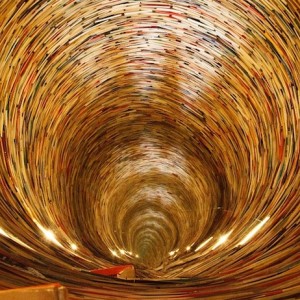 It’s always an intellectual mistake to assume that the thing you love the most might be the exception. I remember listening...
© LitHub
Back to top