Also on Literary Hub: The ever-expanding world of David Mitchell · Birthed by peace activists, looking to the future: a look inside Kepler’s Books · The ghost of Teddy Roosevelt showed up at Saturday’s Democratic Debate · After the 1755 Lisbon earthquake, Mark Molesky’s This Gulf of Fire

Interview with a Bookstore: Kepler’s Books

Michel Foucault, Against Himself 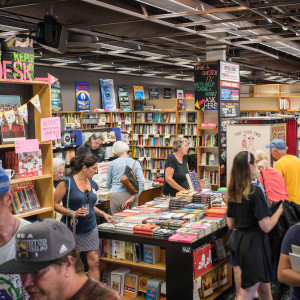 Interview with a Bookstore: Kepler’s Books

Kepler’s Books was founded in Menlo Park in May 1955 by peace activist Roy Kepler. For 60 years, Kepler’s has been one of the key intellectual...
© LitHub
Back to top