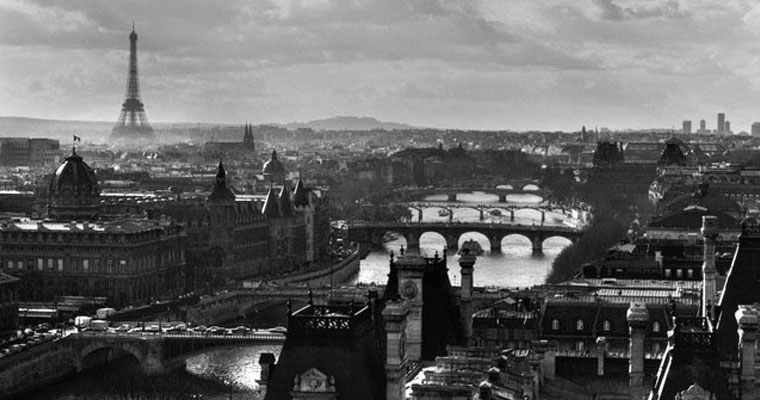 There Is Never Any Ending to Paris

City of Light, City of Art

“There is never any ending to Paris and the memory of each person who has lived in it differs from that of any other. We always returned to it no matter who we were or how it was changed or with what difficulties, or ease, it could be reached. Paris was always worth it and you received return for whatever you brought to it. But this is how Paris was in the early days when we were very poor and very happy.”

Those final few lines of Hemingway’s A Moveable Feast have been on my mind all morning. They’ve stayed with me, persistent as a shadow, shrinking and growing as I go about my business but never quite going away. “There is never any ending to Paris.” Its meaning now multiplies every time I hear that sentence within. Friday, Paris was attacked; innocent people murdered with bullets and bombs, destroyed by hate, by ideology. Those who have survived will be forever changed. We’ve been here before, though. Let us not forget that. And we will be here again. This is not the beginning of something and it certainly will not be the end.

As news came in Friday of the mass murder and the hostage situation I, like most, sat transfixed in front of my television and my computer and my iPhone. All three screens were sending me live updates and my eyes toggled between them. Then, at some point, I turned away. Not out of a lack of care, or even out of fatigue, but out of a realization that none of this was doing any good. That’s not to say being informed isn’t important—of course it is—but I suddenly felt a more important calling. I remembered the words of Marlon Brando in the wake of 9/11: “This is exactly the time for poetry!”

Except those aren’t the words of the real Marlon Brando, but rather of a fictional Marlon Brando, the character in Zadie Smith’s short story “Escape from New York.” It’s a story I teach in my Freshman Comp. class, and it’s a story that feels especially resonant today. It elaborates on an urban legend that Michael Jackson, Elizabeth Taylor, and Marlon Brando, on the morning of Sept. 11th, left New York City in a rental car to escape the ash clouds of demolished buildings and incinerated bodies shrouding the city. Smith imagines what that roadtrip would have been like, with Brando eating buckets of KFC in the backseat, Taylor singing a song from Les Miserables, and Jackson wishing he had convinced Taylor to tattoo her eyeliner to her eyelids like he had so that it wouldn’t run down her face in times such as these. It’s an uncanny story, silly but serious, and made even more compelling by the running dialogue between fictional Elizabeth Taylor and fictional Marlon Brando about whether in the face of terror and tragedy one should read poetry.

One of their exchanges proceeds as follows:

“Are you reading?” Elizabeth asked. “How can you be reading at this moment?”

“What should I be doing?” Marlon inquired, somewhat testily. “Shakespeare in the Park?”

“I just don’t understand how a person can be reading when their country is under attack. We could all die at any moment.”

“If you’d read your Sartre, honey, you’d know that was true at all times in all situations.”

Elizabeth scowled and folded her twinkling hands in her lap. “I just don’t see how a person can read at such a time.”

On Friday, I turned away from my television, computer, and iPhone—and I pulled out a book. The book was A Moveable Feast. I didn’t want to think of Paris as a place in peril, but as a center for culture—the mecca for the most magnificent of artistic minds, minds more interested in questions than answers, in reason than religion, in negative capability than certitude.

The book, which I hadn’t read in years, became my anti-Internet. In the Paris of those pages, ambiguous Joyce cavorted with disinterested Pound, amongst a polysemous pantheon of writers conversing in bohemian cafes, whereas on Twitter, people seemed to immediately divide themselves into opposing camps—one shouting at the other, without nuance, no one realizing 140 character rants are not dialogue but dogma.

“People were always the limiters of happiness,” according to Hemingway. Paris in the 1920s has always seemed to me, in my fantasies if not in reality, a limitless happiness, a boundless optimism, a hope that the beauty of art is the beauty of life and vice versa. Like Gil Pender, Owen Wilson’s nostalgic sap in Midnight in Paris, I imbued the city with a romance that reality always attempted to strip away. Writers in cafes seem so much more profound than writers on social media. I know they probably aren’t, but the hope that they might be is worth believing in—if one has to believe in something.

There are at least two Parises in perpetuity. The one most prominent right now is the Paris of Friday: the attacks, the bloodshed, the unfathomable horror. A death toll that scrolls across a news screen. Looking at Hemingway’s line in this context, there’s never any ending to Paris because there’s never any ending to destruction. Violence, brutality, and death will always be a part of the world. I’m reminded of Kurt Vonnegut in Slaughterhouse-Five, explaining that writing an anti-war book is like writing an anti-glacier book. These wars will be with us forever. This week’s events in Paris, in Beirut, in Baghdad, will happen again. Turning on a light doesn’t destroy the darkness, it only keeps it at bay.

The second Paris, inspirational in its opposition to the first, is the actual city itself, a city of people, of light, and of love. There’s never any ending to Paris when seen from this angle, because there will never be any ending to light and to love. So as long as there are people, and those people have hope, Paris will remain. Likewise, art will remain, for art is what makes us human. Art is Paris; they are one and the same. And so in the wake of a tragedy such as this, perhaps the best thing to do is to go back to the great works of art—the ones that ask questions about the world, the ones that challenge our worldviews, the ones that ou-boom in the caves of our minds—and let them do what Hemingway claims Paris does: return to you as much as you could ever bring to them. Let a book light up your night, like the Eiffel Tower, which stood dark Friday night, but which has always been a beacon of light and love and hope.

There’s never any ending to Paris, neither the tragedy, nor the triumph.

Tyler Malone is a writer based in Southern California. He is the founder and Editor-in-Chief of The Scofield as well as a Contributing Editor at Literary Hub. His writing has appeared in the Los Angeles Times, Lapham’s Quarterly, the LA Review of Books, and elsewhere.
Share:

The Ever-Expanding World of David Mitchell 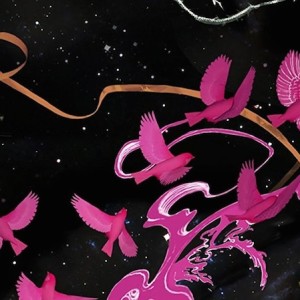 The Ever-Expanding World of David Mitchell David Mitchell, even to his few detractors, is impressive. Cloud Atlas impresses with the scope of its imagination and ambition....
© LitHub
Back to top