Michel Foucault, Against Himself

Arlette Farge Remembers Foucault on the Streets of Paris

The following conversation with French historian Arlette Farge is excerpted from Michel Foucault, Against Himself, a collection of interviews and essays exploring the contradictions and conflicts at the heart of Michel Foucault’s life and work.

Arlette Farge: I first became acquainted with him through his work in 1975, when Discipline and Punish came out. Back then I was a teacher for young educators who wanted to work in the penitentiary system, so I knew a lot about what Michel Foucault was discussing, and the way, for example, he would go into prisons to read Discipline and Punish out loud to the prisoners. I admired him. Back then, street demonstrations, anything concerning freedom, utopia, the prison system, happiness, life that’s intolerable—those things were objects of personal and intellectual interest for me.

Arlette Farge: For me, everything began after 1968. I had returned to France after spending two years in the United States, where I had been part of a number of feminist movements, so important figures taking to the streets didn’t surprise me. On the contrary—they encouraged me. At the time, it felt as if something was happening on a worldwide scale, so I was completely ready not only to accept, but to be part of it. But not in my professional life; I was still too young. I wasn’t with the CNRS social research group yet. And I wasn’t living in Paris but I participated from the suburbs, since I couldn’t get to Paris because of the strikes.

Arlette Farge: He was a militant, that much was true, and he explained why; he spoke of the role of the “specific intellectual” as he would call it later, a subject he wrote about. I don’t separate his trade as an intellectual from his work and social involvement. Everything followed a line of social action.

Arlette Farge: No, I don’t think so. I think they support social change if such is their desire and if opinion is ready to accept them. Intellectuals don’t gaze down on society from above. They support what they feel they need to. We feel something in public opinion and reflect on what action is necessary, then we take those actions. Foucault never wanted his words to be handed down from on high. I think he was a particular kind of intellectual who moved in solitary fashion toward the hot topics and conflicts of his times (madness, the prison system, the body, knowledge and truth) while reflecting on how the institutional game could be turned on its head and made to produce new places for knowledge.

Arlette Farge: I don’t think the exercise was so difficult, since the prison system was so important to him. He traveled to Fleury-Mérogis and La Santé to speak with prisoners because he felt concerned about the darker side of society that cried out to be reimagined, and freed of academic ways of study and positivism. When you’re completely convinced of something, it’s simple and easy to get it across. But if you’re standing behind a barricade of books, it’s hard. But of course, he wasn’t like that.

Arlette Farge: Of course, it was very different. Sartre’s political involvement was much more generalized. He could talk about everything, any subject, in the press. Foucault didn’t speak out in the press very often in the 1970s. Later, he would become more vocal.

Arlette Farge: That’s true, and that’s where his ability to communicate was so strong. He knew how to place himself at the right level. Getting back to the subject of prisons, Discipline and Punish is a masterwork that supports people who live behind bars, and even if they don’t understand everything, they do understand that someone is coming to talk about them, someone is seeking them out to tell them that their situation is intolerable. For me, that’s what a militant is, that’s what a specific intellectual is.

Arlette Farge: I’m not sure we can find anything that comes from his experience as a militant in Discipline and Punish. Foucault began a process of reflection in this book and that reflection spilled into other areas, which was emblematic of what his thinking would be later on. It would go on to serve subjects other than prisons, and move into the area of power and knowledge. Of course, there are all the comparisons he made with colleges, the military and factories, which were adopted immediately by militant graffiti artists (“School = Prison”).

Arlette Farge: I think that any small-scale case, any moment of discourse, any strategy, any exchange of speech or even anonymous words had great significance for him. Foucault worked in extremely narrow areas. And he had to battle to get people to accept that these narrow areas have great influence over other fields of endeavor. Reducing and narrowing an area of study was like a laboratory for him. And that laboratory was where his reflection took place.

Arlette Farge: He always used to say, “I perceive the intolerable.” I think we need to remember those words: “I perceive the intolerable.” The further he advanced and the more he worked, the more he perceived the intolerable and the more he worked so it would be visible and others would feel it too. He also used to say, “I’ll never be the same again.” There are two things about him. The first thing you have to know, and it’s very simple, is that he really wanted to be recognized by historians. For him, history was something absolutely fundamental. And historians’ indifference to him was quite painful. The second thing that was very, very special about him was his way of seeing the world. He could immediately and simultaneously bring together the greatest degree of abstraction with the universe of the private individual whom he met, or got close to; whose words he listened to.

Arlette Farge: That’s true. But remember that Madness and Civilization, which first came out in French in 1961, had a very hard time getting into print; a historian, Philippe Ariès, finally arranged for the book to be published with Plon. But remember also that Philippe Ariès was actually an industrialist and not an intellectual. That story is the beginning of something, and I think it’s worth noting. First Madness and Civilization, then The Birth of the Clinic, and finally Discipline and Punish all had to come out before historians got into gear. As for Madness and Civilization, it’s pure poetry. They could all see that. There is nothing extraordinarily subversive if you’ve studied a little history. But Foucault was a fox in the henhouse. Both amused and hurt. And happy to get his claws in there Foucault was very strong on irony, very funny, very sarcastic, and always ready to kick at the wasps’ nest.

Arlette Farge: The way it happened was totally improbable, a product of fortune. I got a letter from him. I’m almost afraid to say it, because there were very few books cited in Discipline and Punish, as I indicated, but my thesis was quoted. Everyone told me, “Look, he’s citing you!” I couldn’t quantify the importance of that. My thesis was about people who stole food in 18th-century Paris. In 1980, I got a letter from him, and then a phone call asking me to come and see him. I didn’t know him. I didn’t attend his seminars. I didn’t go to his lectures. I was very intimidated. I hesitated. But then I went. To his house. That wasn’t something you could refuse. He asked me, since I was working with archives that treated material similar to what he was working with—whether we could write something together, using the lettres de cachet and the requests from families to lock up their relatives. That was the end of my hesitations. He was extremely courteous, convincing, enthusiastic, funny, everything that makes the life of the mind so fascinating. That’s how we started working together. In my life, there was a before and an after. A meeting like that will do it. Writing like that too, with him, for two years. I was the same, yet I was different.

Arlette Farge: I don’t think we can separate an involvement from a choice of scientific object. No historian can say he or she doesn’t have an intimate relation with his object of research. Maybe I’m wrong, but prison and madness, more than homosexuality—because of his work on medicine and the clinic—were his two very important focal points. They necessarily led to homosexuality because the medical knowledge that asserted that the homosexual is a madman and that the hysterical woman is a madwoman produced continuity. The focal point is exclusion. People don’t talk enough about the magnificent book that I believe is one of his most beautiful, The Birth of the Clinic. Everything is there. The way the doctor gazes upon the body and the astonishing analysis Foucault gives us about the body and medical knowledge and anatomical dissection, the discovery of the body: everything he would go on to say or already said is in there. So, yes, the dominated. I think Foucault understood what it was to be dominated.

Arlette Farge: Did he believe that violence is what organizes society? I would say that conflict with the many powers it contains forms its basis, but also the conflict with oneself, since these powers, as he explained so well, have all been interiorized. We are their bearers. We have power over them. The schema of power above and the people below—that’s just not true. Foucault inverted the problem of domination—in the Marxist sense, I mean. I think what’s important in his work is violence and power, how power is contaminated and internalized by all of us. That’s where the strength of violence comes from. It enslaves us and sets us free.

The Ever-Expanding World of David Mitchell 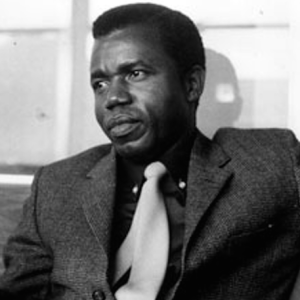 French historian Arlette Farge remembers Michel Foucault on the streets of Paris. | Literary Hub There is never...
© LitHub
Back to top