Speculation that the horrific events in Paris might diminish the amount of deliberately deceptive language—or Spinglish, as we prefer to call it—employed during the November 14th Democratic Debate in Des Moines was quashed mere seconds after the proceedings began, and by evening’s end the candidates had offered many creative examples of such phraseology. Here are the highlights:

“Together, leading the world, this country will rid our planet of this barbarous organization called ISIS. I’m running for president, because as I go around this nation I talk to a lot of people. And what I hear is people’s concern that the economy we have is a rigged economy.” These three sentences from Senator Bernie Sanders qualify as Spinglish because he uttered them in response to an invitation from moderator John Dickerson to begin the evening by sharing his “thoughts about the attacks in Paris” and laying out his “vision for America.” Obviously, Sanders was determined to talk about the “handful of billionaires” he brought up a few sentences later, rather than address his less than fully developed ideas on combatting the Islamic State. And so—thanks to one of the quickest (and most dismissive) “pivots” in recent memory—that’s exactly what he did.

dreamers. Hillary Clinton used this somewhat-less-than-affect-neutral appellation on two different occasions to refer to the American-born children of illegal immigrants.

living wage. This substitute for “minimum wage,” preferred by both Martin O’Malley and Bernie Sanders, sounds a lot more like something any worker is entitled to by birthright than, say, an arbitrary salary floor imposed on businesses by government regulators.

“What happened when we abided by the agreement that George W. Bush made with the Iraqis to leave by 2011, is that an Iraqi army was left that had been trained and that was prepared to defend Iraq. Unfortunately, Nouri al-Maliki, the prime minister, set about decimating it.” This response, offered by Hillary Clinton after moderator John Dickerson suggested that the Obama administration’s decision to withdraw American troops from Iraq left a vacuum for ISIS to fill, implies—falsely—that there was no “wriggle room” in the agreement that Bush signed with the Iraqis for the removal of U.S. forces. Furthermore, as the Washington Post’s Glenn Kessler puts it: “Who concluded that Maliki was the right man to lead Iraq at this critical moment? The Obama administration, when Clinton was Secretary of State.”

“I am not the candidate of Wall Street.” This statement from Martin O’Malley demonstrates a time-tested Spinglish technique: proudly stating what you aren’t in order to imply—without actually saying—what your opponent is.

“I represented New York on 9/11 when we were attacked. Where were we attacked? We were attacked in downtown Manhattan where Wall Street is. I did spend a whole lot of time and effort helping them rebuild. That was good for New York. It was good for the economy and it was a way to rebuke the terrorists who had attacked our country.” Hillary Clinton’s novel defense of the campaign donations she received from Wall Street not only suggests that the big banks’ contributions were motivated by their gratitude for her assistance after the destruction of the World Trade Center, but also implies that Al-Qaeda’s principal goal in carrying out the most sophisticated and deadly terrorist attacks in U.S. history was negatively impacting financial industry profits.

“If Teddy Roosevelt, a good Republican, were alive today, you know what he’d say? Reestablish Glass-Steagall. And Teddy Roosevelt is right.” Bernie Sanders performed some Spinglish magic here by applauding Theodore Roosevelt for standing with him in opposition to the repeal of legislation that wasn’t even passed until 14 years after Roosevelt’s death in 1919.

God-given potential. When John Dickerson asked Hillary Clinton whether she was in favor of “the kind of student activism” that recently took place at the University of Missouri, she answered that “every child deserves the chance to live up to his or her God-given potential,” By doing so, Clinton managed to express her solidarity with minority protesters while using language designed to prove soothing, if not downright appealing, to right-of-center Christian voters.

“boots on the ground” is, of course, a Spinglish phrase politicians trot out whenever they want to disguise the fact that they’re shipping young men and women off to places where they might be killed or injured. O’Malley’s use of the term during the debate was not an example of spin, since he was actually arguing against the usage. In short, he was doing our job for us. Thank you, governor!

[AUTHOR’S NOTE: As was the case with our previous compilations for Literary Hub, these terms were collected and translated as a public service (or, as some have insisted on calling it, a public self-service). Allegations that we wrote this article purely for the purpose of promoting our recent book, Spinglish: The Definitive Dictionary of Deceptive Language (available on line, or at your favorite bookstore) have been greatly exaggerated.]

This Gulf of Fire 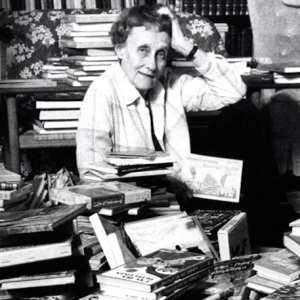 Language as an end in itself: Exploring what makes an essay literary. | The Kenyon Review Chinelo Okparanta on readings,...
© LitHub
Back to top