TODAY: In 1942, William Faulkner’s collections of short stories, Go Down, Moses, is published.

Also on Literary Hub: Why I quit being a writer · Tobias Carroll on the future of the America essay · Where stories grow in soil: from Christopher Boucher’s Golden Delicious 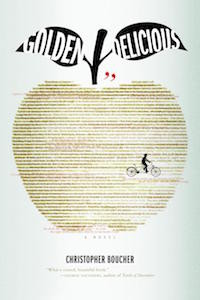 That afternoon I took the Reader to see the Memory of Johnny Appleseed. We left right after school on my customized Bicycle...
© LitHub
Back to top