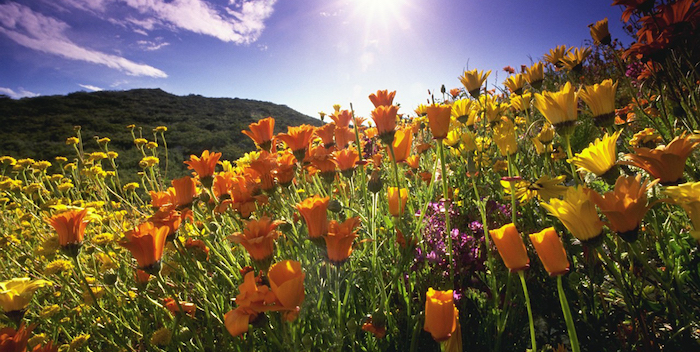 "These Poems Would Not Exist Without Avocado or Sesame Sticks"

Sometimes in the apartment I see a dust-ghost skirt across the floor and especially in this season of late light with the sound of ice cream trucks. When I set “How” into the search bar the machine reminds me that I’ve wondered how to clean plastic or vinyl shower curtains (it’s best if your sister is there to help), how to remove water from your ear (using a hair dryer for evaporation), how to watch Super Bowl 50 (I missed it, having ended up in the woods), how long one needs to be at the airport before international flights (February, Mexico, three hours), how to wear a slip dress in the daytime, though I think that was a stubborn click on an article in a reputable newspaper, disbelieving that such a headline could be actual news. I remember my sister and I made commercials when we were kids and I said, “There’s no wrong way to eat any cookie” in a British accent. And who was I stealing from then?

Sometimes people ask a question or ask for a piece of writing and they don’t like the answer. This is my answer. My first book took nine months and involved a dictionary of first names (no relation to an actual birth however convenient the math / content). One book took two years and began with Dirty Deeds Done Dirt Cheap (plus a dose of heartbreak) and morphed into the real-time writing around six films by Eric Rohmer. This new book was a seam thrown across four and a half years, beginning with a drive through the Hungry Valley and the Tejon Pass (which just last week I saw anew, as an infection of orange flowers covering the hills—I’d heard of this particular beauty but had not seen it for myself). This time also included a free trip to China, a move home, Swann’s Way, one hip replacement, Mad Men, learning how to walk again, Antonioni, a move to California, Nathaniel Dorsky, Rohmer’s seasons, the greenery around my porch, enforced correspondence with friends far away, the children of my sister, a job as a receptionist, the port of my commute, hundreds of miles of thinking while walking with my new hip. I’m fairly certain these poems would not exist without avocado or sesame sticks.

I’ve learned how to handle fruit flies when they come from the ether into days (I also searched for this). Barefoot by the kitchen sink I was fortunate to feel and therefore find the cashew I’d dropped one evening making dinner and could not see on the busy rug. For me poems are sentences, as too are these, though not arguments, and why should they be, ever since anyone said I couldn’t make one (when I failed to write an essay about a movie I loved three years ago) which isn’t unlike the time in high school a teacher told me to write down and organize my thoughts before I spoke, and so I didn’t speak for the duration. I believe in cotton as if those commercials (the touch / the feel) finally made sense after the years. (The fabric of my life.)

Poems of course can be a form of speaking to oneself, unless you’re speaking to actual people or the imagined versions of others or the windowsill, which I did as a kid some, with a penny in a cup of water as invented fare to talk to god. It might be enough to put one sentence before another, as if accumulation directs intention in the ordinary unknown. It’s good to write to not know. It’s boring to understand everything, including yourself. In poetry is no rushing.

Barring childhood, I’ve never lived in a house this long and that has had an effect on my writing. For a new thing I’m still writing that is longer than what I’d already thought a long poem could be, I have a monthly quota, which is a vague guide to propel the self into, form as a container, making ritual the same as making forms, time—I keep saying—as a bowl. At my job when I update my time sheet the machine warns me “there is nothing to save,” which goes into the container for later. Someone at work said if you’re getting older it means you’re not dead.

I haven’t been writing much in my notebook because I’m conducting a loose experiment of not noting thoughts in order to be comfortable letting them off, which I’m partly certain means they come back in other costumes when I sit down to write in unpredictable installments. My friend looks for ghosts on the Internet, I think that might be somewhere the rest of us should go. I find it’s more pleasant to be a human if you don’t stop to write down the world. I’ve always been an inconsistent bowler. Light is a commodity.

Amanda Nadelberg’s new book of poems, Songs From a Mountain, is now available from Coffee House. 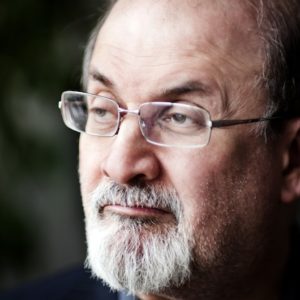 In part one of their conversation, Salman Rushdie and Paul Holdengraber discuss the dismal science, bad times at boarding...
© LitHub
Back to top