TODAY: In 1959, A Raisin in the Sun becomes the first play written by an African American (Lorraine Hansberry) to show on Broadway.

Also on Literary Hub: A Baltimore institution, after the fire: The Book Thing will go on · Interview with a gatekeeper: Grove Atlantic’s Editorial Director Elisabeth Schmitz · An excerpt from Joyce Carol Oates’s The Man Without a Shadow · 30 Books in 30 Days: Mark Rotella on Brian Seibert’s What the Eye Hears · Sir Richard Francis Burton’s flawed English translation: From  Redeeming the Kamasutra by Wendy Doniger 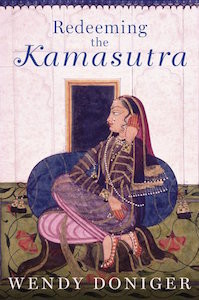 Sir Richard Burton's Version of the Kamasutra One reason why the Kamasutra plays almost no role at all in the sexual consciousness...
© LitHub
Back to top