TODAY: In 1790, The Philadelphia Spelling Book by John Barry becomes the first book copyrighted in the United States.

Also on Literary Hub: At the heart of the Dallas literary scene · “I met Jim Shepard in the most un-Shepard-like circumstances” · Nabokov in America

Deep in the Heart of the Dallas Lit Scene

A Woman in a Man's War 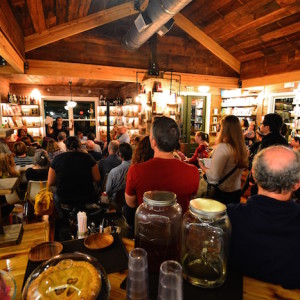 Deep in the Heart of the Dallas Lit Scene

It could be any Thursday night in Dallas. But it has to be at the Wild Detectives. Because everything in the Dallas-Fort...
© LitHub
Back to top