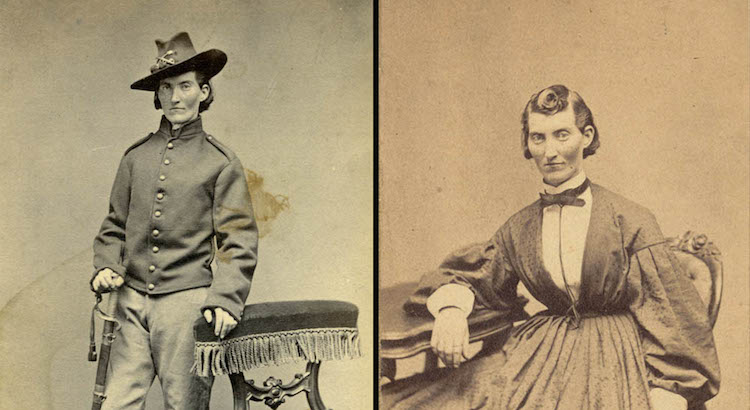 A Woman in a Man’s War

Gender, Identity, and Courage in the Civil War

In the fall of 2001, a month or so after my first novel, The Impossibly, was published, I paid a visit to my grandmother on the rural Indiana farm where I did an important part of my growing up. As soon as I arrived, my grandmother retrieved the copy of The Impossibly I had sent her and sat down with it at the kitchen table. I had not even had a chance to join her when she told me she had read my book one and a half times and just had one question for me: “What is it about?” That was an interesting conversation. My answer was vague and meandering, and satisfied neither of us. The Impossibly chronicles the misadventures of an unnamed operative working for an unnamed organization. He does more or less inexplicable things and more or less inexplicable things are done to him. I told my grandmother it was a novel about the modern condition. It went downhill from there. That conversation would be repeated, in slightly different form, over the coming years as other of my early experimental novels appeared.

And I have thought of those conversations a great deal during the past year as I have discussed my most recent novel, Neverhome. I have thought of it because while it is a luxury in a way to finally be able to quickly answer the question my grandmother is no longer with us to pose—on its broadest level Neverhome is the story of a woman who disguises herself as a man and goes to fight for the Union army during the American Civil War—the novel is about many things. The indisputably interesting fact—inspired by the women who actually went to war in disguise—of what its narrator does to get herself into battle is just the start of them.

So if my grandmother were still around and we were to talk about the book, I might dig under the quick answer a little and go after the idea, encountered everywhere in Neverhome, that we are all of us full of doors, doors to step through or leave shut. And I would underline as I did so that Constance “Ash” Thompson, my narrator, is the kind of person who steps through doors (when she isn’t kicking them down). If my grandmother, who was not much enamored of too much metaphor in conversation, was still listening, I would tell her about a few of the doors Ash goes through. One in particular, which is both literal and metaphorical, takes Ash into a series of moments that for me sit near the heart of her journey.

These moments come after Ash has been grievously wounded during a battle and, rather than risk discovery of her concealed gender by an army doctor, she follows a nurse from the field hospital to her home and knocks on her door. This nurse, a war widow whose name is Neva Thatcher, takes Ash in, and very slowly, very carefully nurses her back to health. Over the course of their time together, Neva—whose previous romantic predilections beyond marriage we hear nothing about—falls for this mysterious woman who has come to her door fresh from hard fighting and dressed as a union soldier. The story is being told by Ash so we can’t see into Neva’s mind and learn what clicks or unclicks and takes her toward Ash.

And so one day Neva kisses her. Both of them standing upright in the kitchen, Neva’s mouth tasting of linden berries, Ash’s of pansy flower. Having met with no resistance on the first try, Neva waits a day and kisses Ash again. Again Ash does not resist. They do not discuss these kisses. The kisses continue. Neva takes Ash for a walk to see the land she has inherited from her war-killed husband and offers to share it with her. She tells Ash stories, they sip tea together from Neva’s heirloom tea service, share meals. It is wartime and the world is being wrecked around them but for a few days and weeks they share something real, something beautiful. Ash has stepped through a door and found herself in a world that is both familiar and foreign to her.

There is something important that needs saying here: the fact that Ash ultimately declines Neva’s offer to live with her, even if she clearly lets herself be kissed, has nothing to do with shared gender. Ash is simply not in love with Neva. Which is to say, nothing in my understanding of Ash’s character would lead me to believe that had she fallen in love with Neva, and had she not had other doors to step through—unfinished business with a terrible war and with her husband, Bartholomew, far away at home—she wouldn’t have acted on it. I think she would have. Does this make her an anachronistic figure, an overly optimistic projection on the part of her 21st

-century creator who sees injustice in the world and is eager to plant seeds in his novel that might in some miniscule way help lead to its unraveling? I don’t believe that for a second.

The violent reaction to unwanted and/or unexpected advances from someone of the same gender is real, too often tragically so, and god knows we have seen it over and over again on the screen and read about it in books, but of course it is not the only reaction. Nor has it ever been. Ash is enormously curious about her world, and that curiosity can skew toward ferocity, but it also opens her to a larger sense of herself and what the world can and might be. This is someone, after all, who started her journey by stepping through a door that takes her outside of herself, outside of her life and culture, outside of all expectation. She has come a thousand miles from her relatively circumscribed existence on a 19th-century Indiana farm. Being kissed by another woman does not shock her. Nor does finding it agreeable.

My grandmother was born on the farm that inspires all the fictional ones I have written about. She was born and raised there but then heard the call of the world and went far away: to Chicago, to Baltimore, to New York (she lived in Manhattan and taught high school on Long Island). And even if her adventures, which took her to Africa and Asia, and saw her ultimate return to the farm, were less evidently traumatic than Ash’s, and certainly did not involve battlefields or encounters in wartime kitchens, I feel certain she would have found much to admire about and even relate to in my novel’s heroine/hero. And that, given some concrete examples, she would have approved of this idea of being filled with doors, and of finding ways to be more than we might have thought, in our deepest dreaming, we could be. 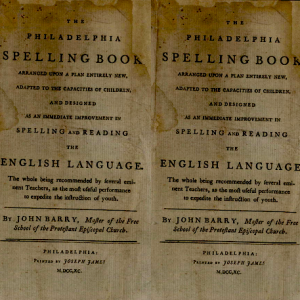 Laird Hunt on writing gender identity in historical fiction. | Literary Hub “How could a book with a cover that...
© LitHub
Back to top