TODAY: In 1905, Albert Einstein publishes On the Electrodynamics of Moving Bodies, in which he introduces special relativity.

Also on Literary Hub: Dead dogs, evil eyes, and writing the ugly: Francesca DeMusz and Stacy Szymaszek in conversation · The power of taboo in post-war Germany: crime writer Regula Venske remembers the words she was afraid to speak · The certificate of true citizenship: From The Queue by Basma Abdel Aziz, translated by Elisabeth Jaquette 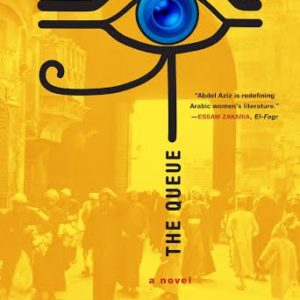 In the fierce heat, Yehya stood in a long queue that extended from the end of the wide street all the way to the Gate. A whole...
© LitHub
Back to top