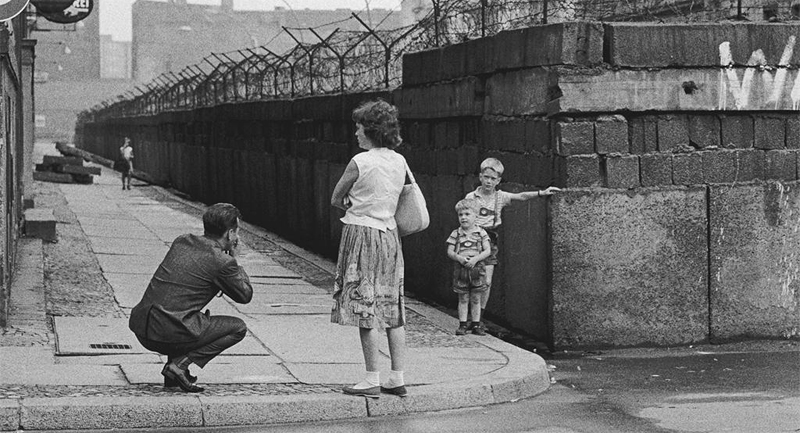 VIA Index on Censorship

The Power of Taboo in Post-War Germany

“I am sorry, I can’t marry you,” my best friend Jörg told me one day. “You have a black soul and won’t make it to paradise.”

“No, thank you, I can’t take a bite from your sandwich. That would be a sin,” his sister Ursel added, though probably this happened some other day.

We were four years old and playing in the backyard. They were Catholic. I was a Protestant. This was Münster, Westphalia, by tradition a very Catholic city. My family had moved there only recently, my father being an “expellee” from Stettin (part of Germany until the end of WWII), which was now Polish and called Szczecin. Once in a while, my mother would teasingly call him a Pomeranian.

Mind you, this was a happy childhood. Except for the few occasions when I myself was taboo. I did not know the word. But I knew the feeling.

We kids managed to remain friends.

We managed to remain silent whereof we could not speak. Except for the day when little Bernd, the only other Protestant except for me, came up with an unheard-of statement. “Jesus was a Jew!”

It was one thing to claim that Jesus had been Jewish. It was quite another thing, and no lesser blasphemy, to actually pronounce the noun. “A Jew.” That was not a word anybody would ever use. If they couldn’t help it, adults would come up with circumscriptions. “A person of Jewish background,” or “Jewish citizens” (of a Germany long past), or “Jewish people”…

Using the adjective made things a bit easier. Nevertheless, these two syllables had to be mastered, too. Usually, there would be a little pause before someone was able to pronounce them. It took some energy to overcome the inhibition. You needed a moment to catch your breath.

I would like to think that I am not talking about anti-semitism here. Not yet. I am talking about taboos, knowing, of course, that one can’t separate one from the other. But let’s just pretend, for a moment.

Those taboos in my childhood stemmed from guilt and shame and terrible things that had happened before we were born. Things we knew nothing about when we were kids playing in the backyard. But we chewed on them every night at the supper table until we coughed and choked. We couldn’t finish the food on our plates and were to swallow a spoonful of cod liver oil every night because we were so skinny. Terrible things indeed we did not know much about. But we sucked them in with the very air we breathed until we coughed and choked again and were diagnosed with allergic asthma. We even passed this on, asthma and all, to our kids.

And yet, terrible things we knew all about. I clearly remember the moment when anti-semitism stepped in. My grandmother and I were watching Gut gefragt ist halb gewonnen, a popular TV quiz show hosted by Hans Rosenthal. “He is a Jew, isn’t he?” she trumpeted. This was the second time ever that I heard someone utter the noun. And it was even worse. She did not pronounce it properly, “ein Jude,” but instead, she said “ein Jud’,” dropping the e at the end. Well, she had her funny Pomeranian dialect anyway, but still. This was something else. I was 11 years old and felt extremely uncomfortable. All the while I had known that even though my grandmother might have been thinking that she was babysitting me, I, on the contrary, was granny-sitting her. Now, I instinctively knew that I had to protect this man, Hans Rosenthal, whom I dearly loved in that moment. I was too young to ask my grandmother why she was raising this topic at all. All I could come up with in order to “protect” my TV-hero against what I vaguely felt to be some sort of insult was denial. “Oh no, I don’t think so,” I stuttered. Whereof we cannot speak, we should keep our mouths shut.

This was 1966. I am lucky to have been born in 1955, a baby boomer. I did not have to wear those itchy woollen underwear hand-knitted by my other granny like my older sister, born in 1948. I did not experience hunger when I was six years old like my older brother, born in 1939. Only last year, when he published his autobiography, I came to know that he marched all the way barefoot from southern Austria to northern Germany in 1945 with his mother (our father’s first wife), his aunt, and a four-year-old cousin whom he pitied at age six because the other one was “just a little kid” then. It took them half a year to reach Kiel. There, his mother who spoke English found work as a translator with the British forces. Who would blame her for falling in love with a British officer? In the meantime, our father had been taken as a prisoner-of-war by the British, stationed in Neuengamme, near Hamburg, and dismissed into civil life again in the Hamburg Kunsthalle, the art museum of Hamburg. Who would blame him, after having lost the war twice, once as a soldier and once as a married man, not to want to talk too much about it? When the divorce in Kiel was settled according to occupational law, my father got custody of a son who barely knew him. It would have made so much more sense for the child to stay with his mother—who married the Englishman, after all, and had three children with him in the years to come. But patriarchy—even then, among “enemies”—was stronger. The mother was guilty of adultery, and the child was to stay with the father.

My brother was not to mention his mother at our home, so as not to make my mother, his stepmother, jealous. Nobody was to mention his mother at our home. I wouldn’t have mentioned her anyway, since I knew nothing about her. I only knew, somehow, vaguely, that my brother was not my  “real brother,” and the moment I chose to ask my mother “all” about it was the same afternoon when I asked her where the babies came from. “Now, don’t you be sad,” she started her explanation, which was a clear hint that this was something to be sad about. “Daddy has been married before…”

There are many different stories in Germany about why it was so difficult and why it took so long to ask our parents and grandparents about what they did or experienced during fascism and the war. I did not question my father because Hitler and World War II coincided with his first marriage which had been a failure. This made the whole era taboo. Mentioning anything that had happened before my parents knew each other and got married and lived happily ever after would have caused pain and sadness and jealousy. The message was clear.

Still, when I turned 14, 15, 16… I started to make a habit of questioning almost anything. As I said, my generation was lucky. We inherited the students’ and civil rights’ movement from our elder brothers and sisters. We grew up with Anne Frank’s Diary and Martin Luther King’s Dream, reading Jean-Paul Sartre and Simone de Beauvoir while listening to Bob Dylan, Janis Joplin and Leonard Cohen. We were fed on sexual emancipation and women’s lib. We did not fall into the traps of our elder brothers and sisters, some of whom fell for new ideologies, sometimes totalitarian. We did away with every ideology, every tradition whatsoever. Everything was suspicious, everything was contagious and had to be put into quarantine. Heimat, home country? Don’t be ridiculous. Sunday speeches about a German reunification? Reactionary bullshit. Religion? Deeply contaminated! After all, wasn’t there a clear line to be drawn from Martin Luther via Bismarck straightforward to Hitler? Not to mention Pope Pius XII and the role of the Catholic church in the deportation of the Jews of Rome? Away with classical music, too! One can easily do without Wagner, and if you don’t know his music, you don’t know what you miss anyhow. Away with… oh no! Not him! How could we possibly live without him and his poetry? “Language of love be the language of the country…”

What do you do when you know that German soldiers read your favorite poet’s poems in the trenches, both in WWI and in WWII, and that even Nazi-youth leader Baldur Schirach recommended them in his time? You start to quote English poetry: “What are the roots that clutch?”

And then, one day, you find yourself totally surprised, or, let’s face it, rather overwhelmed by the events of 1989, and even though you have never cared a darn about German reunification, you find yourself shedding a tear or two in front of your television. If you happen to be a feminist from the West, you will soon start making jokes about East German men who speak German with a Saxonian accent and wear sandals with socks. When in the years to come, some of these men may become dear friends and colleagues, you will hope they will never find out (and won’t read this paragraph).

“Compared to what we witness now, the Trojan horse was a lame mare,” an older friend of mine, Elef Sossidi commented when the process of unification took its course. He was of Greek family background and started his career as a journalist for Her Majesty’s Royal Archers at the Nuremberg trials. His British commander thought his foreign-sounding name would not work with his German audience, so Elef was given the more German-sounding name, Andreas Günther, for the purpose.

But this is history, too. I wonder how he, a full-blooded political journalist and reporter in the Middle East in later years, would have commented on what is going on right now. I wonder about all the stories that the children stumbling along with their parents—or without them—seeking new homes or, at least, a safe place to stay in Europe right now will tell one day. I wonder how long it will take for them to dare ask “Why…?” and “What happened?”

My brother says he never questioned our father personally because, when he returned from the war all emaciated with dysentery, a stranger, he shared, evenly, the only piece of bread he possessed with him, a six year old. My brother was deeply impressed by this gesture. But later on, he turned the habit of questioning just anything into a career as political satirist. And me? I probably came to write crime fiction, often comic or satirical crime fiction, because I felt this strong urge to deconstruct or at least ridicule any taboo and so-called mystery in the world. Whereof we cannot speak, sometimes we have to laugh off.

This feature is from Index on Censorship magazine’s taboo-themed special, which explored no-go subjects around the world. The forthcoming issue is on increasing risks faced by journalists, in war zones and online. Index on Censorship magazine is the only global freedom of expression quarterly with contributors around the globe. Established 1972, writers have included Arthur Miller, Nadine Gordimer, Mario Vargas Llosa, Samuel Beckett and Kurt Vonnegut as well as Vaclav Havel and Aung San Suu Kyi.For details on how to buy a single issue or subscribe, visit indexoncensorship.org/magazine

Regula Venske is a writer in Hamburg. For her novels and stories she has been awarded the Oldenburg Youth Book Prize, the German Crime Fiction Prize and the Lessing scholarship of the Hamburg Senate, among others.

On the Murder of Bloggers, and Bangladesh's Greatest Living Writer 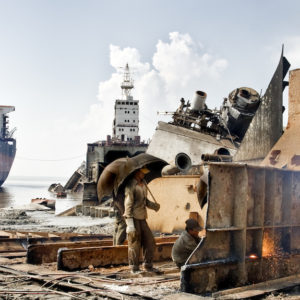 On the Murder of Bloggers, and Bangladesh's Greatest Living Writer

It’s a strange time to read a novel about Bangladesh. “Bangladesh says it now knows who’s killing the bloggers,”...
© LitHub
Back to top