Also on Literary Hub: Idra Novey on writing while translating · Secrets of the book designer: falling in love and taking a risk · 30 Books in 30 Days: Walton Muyumba on Ari Berman’s Give Us the Ballot · Eating fish eyeballs among friends: From Kristopher Jansma’s Why We Came to the City 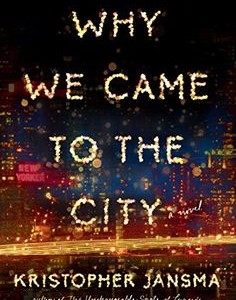 Inside, they took off their coats and laid them on top of an old washer and dryer, atop a heap of others. Irene shook Mrs....
© LitHub
Back to top