We Asked Lit Hub Contributors What Books They're Looking Forward To

Even though it is technically our job to be aware of (and read) all the best new books, forever, this can sometimes feel like a daunting proposition. So it is that we appeal to our friends and contributors (one and the same) for some insight into the titles they’re most excited about for March.

Tsabari’s debut collection of short stories was released last summer in an international edition, but will be sold for the first time in the US next month. The description of her stories merges identity and kinship, both familial and national. Born and raised in Israel in a Yemeni family, Tsabari served in the Israeli army and has traveled extensively in Asia and the West. I’m hopeful this collection continues the poignant and vibrant traditions of Jhumpa Lahiri, Amy Tan, and Aleksandar Hemon.

I’ve been an admirer of Dolan Morgan’s fiction for a while, both as a reader and as an editor—we’ve published two of his short stories at Vol.1 Brooklyn. So I’m eager to read his new collection Insignificana. Morgan’s short fiction blends the unconventional structures of Steven Millhauser’s short fiction with a gripping sensibility that wouldn’t have been out of place on a mid-90s Touch & Go release. This is his second collection of it, and I am eager to have my narrative perceptions once again reshaped.

An unbelievable whoosh of impassioned, yet spare, writing about the economic troubles in Greece—told through short stories—that could be about the capitalistic struggle of the free market anywhere. One need only pick a city of choice for it to read true of that place.

*This title was argued over by two other booksellers.

The Violet Hour: Great Writers at the End, Katie Roiphe (The Dial Press)

Just as she studied marriage via the relationships of several writers in Uncommon Arrangements, in The Violet Hour Katie Roiphe looks at the final days of Susan Sontag, Sigmund Freud, John Updike, Dylan Thomas, Maurice Sendak, and James Salter as a means to meditate on mortality. Roiphe’s previous book was the masterful In Praise of Messy Lives, one of the better essay collections of the last few years. Her writing is as incisive and sharp as it is ruminative, so with The Violet Hour she’s managed to make me almost giddily excited to read about death.

Sarah Ruhl has to be one of the most interesting playwrights working in America right now. Her previous plays include one about vibrators used to cure hysteria in the early 20th century; the love affair between Elizabeth Bishop and Robert Lowell (told through correspondence); and a dynamite retelling of Eurydice. She’s just brilliant: I would watch any play of hers sight unseen. This new one sounds incredibly fascinating: it centers around a three-year-old boy believed to be the reincarnation of a Buddhist lama.

Innocents and Others, Dana Spiotta

The novel I’m looking forward to is Dana Spiotta’s Innocents and Others. I loved Stone Arabia, which nails our fixation on fame, our inarticulate failings at love, our collective over-saturation with images of suffering. I’ll always remember the ironic motto of the never famous 50-year-old rocker’s aside to his sister: “Self curate or disappear.’’ Innocents and Others follows two filmmakers, girlhood friends, who take different paths (commercial, indie) and gives a new take on phone sex.  Spiotta mixes fact and fiction (Orson Welles, Kent State) in original ways; the texture of her writing is gorgeous, and she’s full of surprises.

If your idea of fun involves a dark, twisty noir about a woman on the lam—stealing cars, dying her hair in seedy motel rooms, and constantly changing her name—Lisa Lutz’s The Passenger is the book you need. Lutz’s turn at the road novel raises all kinds of vexing questions about who we are and who we belong to as her heroine tries to evade her shadowy past.

Apostle: Travels Among the Tombs of the Twelve, Tom Bissell (Pantheon)

I have high hopes for Tom Bissell’s new book, Apostle: Travels Among the Tombs of the Twelve. In each of his past books, Bissell has displayed an enviably nimble mind. He wields his intelligence and his knowledge with such charming nonchalance, with such shrugging humor, that his insights pack that much more wallop. (After all, it’s the punch you don’t see coming that floors you.)

I’m looking forward to The Making of the American Essay edited and introduced by John D’Agata. I’m a fan of D’Agata’s writing, his devotion to the essay form, and I’m inspired by his insistence that “the world provides nonfiction, and humans provide the rest” (as he writes in the introduction to this book). I’m excited to see that this anthology has work from a variety of writers and decades—from Herman Melville, W.E.B. Du Bois, Kathy Acker, and more.

Cool Characters: Irony in American Fiction is the newest work of LA Review of Books editor Lee Konstantinou. It maps the shifting contours of irony in postwar American literary culture by way of five classic archetypes: the hipster, the punk, the believer, the coolhunter, and the occupier. A crisply intelligent and very readable study of irony’s literary trajectory.

–Dustin Illingworth (Lit Hub staff writer, editor at
The Scofield and 3:AM Magazine)

I love a comic novel out for blood, so the book I’m most looking forward to in March is A. Igoni Barrett’s satire, Blackass. From what I’ve seen so far, it looks to pull off one of my favorite tricks: mobilizing postmodern trappings towards something much more profound than nihilism.

Jesse Jarnow’s Heads explores the psychedelic culture that surfaced in the 1960s and was carried on by the Grateful Dead. Really. Just writing that sentence would normally make me feel a bit weird and encroach upon everything learned during my punk rock upbringing, but Jarnow goes to great lengths to show just how important the band has been to culture beyond just a bunch of stoned hippies dancing in a circle. It’s a fascinating book.

They and We Will Get into Trouble for This, Anna Moschovakis (Coffee House)

Once you’ve read any Moschovakis poetry book, you will be happily fated to read (and await) each new release by one of our most ardent and original poets. I haven’t read a word yet of this new book, but I won’t be waiting too long to devour every single formally challenging, thematically expansive piece.

Furukawa’s documentary-cum-novel is a response to the Fukushima nuclear disaster that disorients even as it coheres. Featuring fictional characters come to life and a ravaged landscape, Horses, Horses… is a profoundly unsettling take on our transience. (Translated by Doug Slaymaker with Akiko Takenaka.)

In We Love You, Charlie Freeman Greenidge takes on a charged subject, sending a suburban African-American family to communicate and bond with a sign-language proficient chimpanzee, and turns it into a compelling fable about the damage we do to our fellow humans. Don’t let its readability fool you; Greenidge’s idea-charged debut signals very strong work to come.

The first novel from Burundi translated into English seems to have biblical prose (as in this excerpt) and a plot that could be social comedy or political allegory, or both, or neither; in any case, I’m on board. (Translated by Chris Schaefer.)

I never get tired of the variety to be found in Tolstoy’s dictum that “all happy families are alike; each unhappy family is unhappy in it’s own way,” and so I can’t wait to read this intimate, devastating drama of mothers and daughters (and Brooklyn).

I’m looking forward to picking up Playing for the Devil’s Fire, out on March 15. I admire the adventurousness of Cinco Puntos Press for marketing the book as “Young Adult,” even though the book will find and deserves a broader audience. Of course the book has the requisite teen narrator, but it’s also got decapitations, games of marbles, and luchadores. A good old coming-of-age story set in a little Mexican pueblo overrun by drug money and ultra-violence is just what YA needs. And given Diederich’s track record for exciting plots, sharp details, and caring for his characters, I have no reason to doubt this will be a damn good book.

Don’t let the author’s humor fool you into taking this book lightly; she makes a nuanced plea to respect local farms and the animals that populate them. She struggles as a mid-sized farmer, and her trials and tribulations are not unlike the struggle of the American middle class. I’ll never look at an egg the same way again.

All the Lasting Things, David Hopson (Little A)

Benji Fisher, former child star from an 1980s sitcom, drunkenly stumbles through roles at the local theater. His father, a Pulitzer Prize-winning novelist, is battling Alzheimer’s. The Fisher family unravels in this tragic-comic tale.

I’m looking forward to reading Christina Crosby’s A Body, Undone. Our bodies are weird, shifting things that we are simultaneously rooted in and looking at from the outside, trying to understand. What happens when your body as you know it is forever changed? Crosby was paralyzed after a bike accident, and this book is described as “a memoir that is a meditation on disability, metaphor, gender, sex, and love…”

As a publisher (Dorothy, A Publishing Project) Danielle Dutton has consistently shown uncanny taste and deep intelligence in choosing the work of others; as a writer, she wields both with ease and grace, delivering a perfect dagger of book: sharp, dark sentences, in and out quick.

I love Univocal, the “artisanal” publisher from Minneapolis, and I love them in spite of the fact that they use the word “artisanal” on their website’s ABOUT page (a word hipsters have made me hate). They publish these gorgeous, little books, mostly of philosophy, theory, and criticism, from authors like Nietzsche, Baudrillard, and Critchley. Their March publication, A Love of UIQ, may seem strange at first for them—a screenplay?—but it fits right in when you know that the author is Félix Guattari (best know for his collaborative works with Gilles Deleuze) and that it is a screenplay of an unmade film he calls “neither an autobiographical film or an essay film,” though, he admits, it does closely relate to his “conception of psychoanalysis.” It’s a science fiction story about a group of squatters who find intelligent life not on other planets out in space, but in the world of the infinitely small, the Universe of the Infra-Quark (the UIQ of the title), and more importantly it is a work of fiction which follows a long line of philosophers who attempt, to varying degrees of success, to wed their philosophical world view to the fictive worlds created in literature and the other arts. (Translated by Silvia Maglioni and Graeme Thomson.) 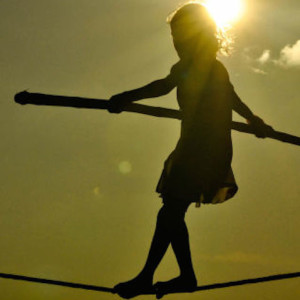 Haruki Murakami has taken part in the reckless practice of writing while translating, and so has Lydia Davis. Some suspect...
© LitHub
Back to top
Loading Comments...