Idra Novey on Being Suspended Between Languages

Haruki Murakami has taken part in the reckless practice of writing while translating, and so has Lydia Davis. Some suspect that Elena Ferrante has, and Jorge Luis Borges definitely did. I find it no surprise that so many of the most innovative writers of the last century have experimented with translation. Vladimir Nabokov and Clarice Lispector did, and Samuel Beckett ventured into the slippery realm of self-translation more than once.

I can’t speak for the motivations of any of these literary renegades, but as a writer-translator myself, I’ve found that translation begins with the prefix “trans” for a reason. Like transcendence and transformation, it requires an acceptance of progressing with uncertainty, which is essential for authors who want to write around and over what’s currently expected from a novel. The prefix “trans” comes from the Latin word for “across.” To turn to one’s own writing after translating is to cross there with one’s mind already in motion, and emboldened from the verbal leaps and linguistic freefall that translation demands.

To begin writing after translating is to begin airborn—suspended between languages—a reckless place I’d like to believe leaves a writer’s mind particularly open to innovation not just with word choice, but with tone and irony and all the other subtle, stylistic aspects that add up to what we call a writer’s voice.

In a translation, playing around with style is everything. The author provides the plot and characters. The opening and closing scenes already lie there, waiting. All the translator has to do is figure out what music, tone, and cadence will recreate what makes that author’s delivery of those scenes worth translating. MFA programs can teach many of these skills as well, but the renegade stylistic training inherent in the act of translation is free to anyone with a library card or access to the Internet.

As for the commonly held belief that one has to be fully bilingual to translate literature, I’d argue that’s a fallacy. Most of my best translation students have been writers with only passing reading knowledge of the language they were translating. But they had what matters most in a translator: an insatiable fascination with language and literature, and enough selfless reverence for the work they were translating to really put in the time necessary to make it come alive in English.

Over the last decade, alongside my own writing, I’ve translated four books from Spanish and Portuguese. Like most writers who translate, I’ve only agreed to translate authors who I deeply admire and with whom I felt a strong aesthetic connection. With the most recent author I translated, the Brazilian writer Clarice Lispector, I felt such an intense kinship with her work that as I recreated her words in English I felt as if I were placing my palms against her palms and could hear the beat of her sentences matching my own. After translating Lispector’s astonishingly bold questions about privilege and class and God, I turned to my own novel-in-progress with more boldness, with a desire to throw in every question my life up to that point had planted in me as well.

Over the past year, I’ve relished the occasional wave of breaking news that the Italian author who writes as Elena Ferrante might be the seasoned German-to-Italian translator Anita Raja or some other translator based in Naples where Ferrante’s novels take place. It gives me great joy to imagine the author of those astonishing books finishing her translation work for the day and ducking Clark Kent-style into a phone booth in Naples and emerging as an unidentified superhero novelist. It seems like just the kind of feat a seasoned translator would be inclined to attempt, and to stick to, despite mounting international pressure for her to knock it off already and show up for awards dinners like everybody else.

I hope we never find out who Elena Ferrante is, but the immediacy and intimacy of her writing style is so unprecedented I can’t help wanting to add her name to my list of renegade writer-translators. Her decision to remain anonymous could very well come from a translator’s lack of interest in public recognition. And here’s why: translators don’t get any. To translate, you have to be in it for the book alone, for the sentence-by-sentence pleasure of ferrying images and observations on an invisible ship to a distant coast—and without letting anything essential slip over the prow and disappear.

It is a fascinating art, but I understand why so few novelists in the United States translate. It doesn’t pay well, and writing fiction usually doesn’t either, and there is the electric bill on the table again, and beside it the astounding monthly bill for one’s health insurance. Writing while translating often feels nearly as impossible as writing while parenting, and as precarious as drinking while driving.

I can’t imagine any other kind of writing life. It’s such a radical thrill to move back and forth between my own sentences and those of another writer taking different kinds of risks in another language. For the first time, I agreed last year to co-translate a book from a language I don’t speak at all. Ahmad Nadalizadeh, a young Iranian translator and graduate student at the University of Oregon reached out to me about co-translating the Iranian poet Garous Abdolmalekian. I had edits due on my forthcoming first novel and was uncertain whether I had time to take on a new translation project.

However, as has happened every time I say yes to a translation, Garous’s images of army tanks rolling up his bed sheets into his dreams were too powerful to say no to. And it was a new kind of challenge, to co-translate from a language I don’t speak, and to imagine the author working on the poems in a country I’ve never visited. It was an opportunity for new kinds of thinking but also new kinds of failure. The dilemma brought to mind the late Umberto Eco’s famous line that translation is the art of failure. But what art form isn’t? What writing is worth doing if it doesn’t involve risking a totally new kind of failure?

It is the constant volley of these questions in my head that leads me to be a little more reckless in my own writing. And then in my translations. To continue this way as long as I can and still pay my health insurance, swerving all over the place, writing while translating, hoping to crash through as many new kinds of walls as possible.

Idra Novey is the author of the novel Those Who Knew, a finalist for the 2019 Clark Fiction Prize, a New York Times Editors’ Choice, and a Best Book of the Year with over a dozen media outlets, including NPR, Esquire, BBC, Kirkus Review, and O Magazine. Her first novel Ways to Disappear, received the 2017 Sami Rohr Prize, the 2016 Brooklyn Eagles Prize, and was a finalist for the L.A. Times Book Prize for First Fiction. She teaches fiction at Princeton University. 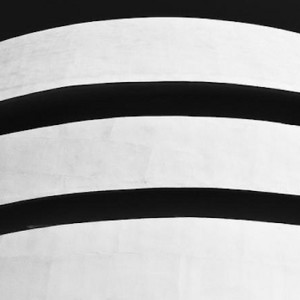 As a book cover designer, my personal goal—aside from expressing, visually, the voice of the author—is to create an...
© LitHub
Back to top