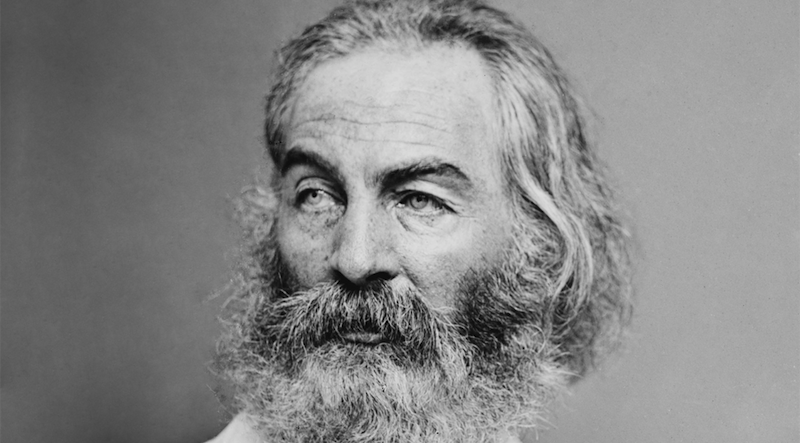 Walt Whitman is Dead, I’m Divorced, and the Universe Goes On

Walt Whitman left home in 1831 when he was 12-years-old to work as a printer’s devil for the Long Island Patriot. There he worked for a man called Samuel Clement, “a tall, hawk-nosed Quaker of Southern antecedents who walked village lanes in a long-tailed blue coat with gilt buttons and a leghorn hat” (*Kaplan 75). It is easy to imagine how Whitman might have viewed Clement as a father figure—his own relationship with his father was strained, and he was living away from home for the first time.

So when Clement was arrested for digging up the body of another important figure in Walt’s life, his spiritual mentor, the Quaker prophet Elias Hicks, Whitman was shocked. Samuel Clement and noted sculptor John Henri Browere made a plaster cast of the corpse’s head and face. The plan was to sell busts made from the cast to Hicks’s admirers, a venture that would have made them hundreds of dollars had they not been caught.

This intimate experience of grave robbery—an earthly act with one eye on the spirit world—had a clear impact on Whitman’s poetic identity, and it’s not a huge leap from there to certain persistent themes of death in Leaves of Grass. Early in “Song of Myself,” Whitman’s speaker asks:

What do you think has become of the young and old men?

And what do you think has become of the women and children?

They are alive and well somewhere,

The smallest sprout shows there is really no death,

And if ever there was it led forward life, and does not wait at the end to arrest it,

And ceas’d the moment life appear’d.

All goes onward and outward, nothing collapses,

And to die is different from what any one supposed, and luckier.

Death, in this passage, is a contradiction: both something that does not exist—“there really is no death”—and an experience both “different” and “luckier” than we suppose. When Whitman moves away at 12, he experiences the death of his homelife. When Clement is arrested for body snatching, Whitman experiences the death of his innocence: someone he looks up to does something very bad. Whitman’s obsession with death, in this respect, is an obsession with transitions: “all goes onward and outward, nothing collapses.”

In the final section of “Song of Myself,” Whitman brings together the idea of death and the image of “grass” in the oft-cited “bootsoles” passage: “I bequeath myself to the dirt to grow from the grass I love, / If you want me again look for me under your bootsoles.”

And a few lines later:

Failing to fetch me at first keep encouraged,

Missing me one place search another,

I stop somewhere waiting for you.

Here, the speaker of the poem documents his own death in a way that is both calming and reassuring. He gives himself over to death, a gesture made concrete by the act of giving himself to the earth. We, the readers of the poem, can find the speaker all around us in the earth, and if we fail, the speaker will wait to meet us wherever and whenever we die.

The contradiction here is that the speaker is both present and absent, something that hearkens back to the young Whitman who leaves home at 12. Though his family is physically absent from his life they will remain present in other ways—an extension of what child psychologists call object permanence.

I used the last two lines of “Song of Myself” as a dedication to my two sons in my novel, Speakers of the Dead. Like Whitman, my two boys moved away from their father when they were 14 and 12. When their mother and I divorced, she took them to live thousands of miles away, and though we keep in good touch, we simply cannot have the same relationship we did when we lived in the same house. We are both present and absent in each others’ lives.

My older son plays the bassoon in the Utah Youth Symphony, but I have only been to one of his performances. My younger son plays soccer, and is apparently quite good, but I have not been to any of the matches. I see my boys a few times a year, and our trips together have become week-long adventures with clear beginnings and ends. It’s thrilling to first see them, and we laugh like hell, and then as the end draws near our interactions become clunkier as we anticipate the separation. Saying goodbye is devastating.

A colleague, who is a poet, warned me that the most terrible part of losing your children in divorce is that they will never feel at home with you again. He was right. I think that’s what Whitman wants us to understand about death: that life continues without us. Or rather life continues with us, but not as we always wish. We are part of a grand series of comings and goings. Nothing collapses, but things sure do change.

Another way of thinking about Walt Whitman’s view of death in Leaves of Grass is through the first two laws of thermodynamics. The first states that matter and energy can neither be created nor destroyed, but can be converted from one form to another. In other words, we didn’t just appear out of nothing; indeed we came from the matter around us, something Whitman notes in the third line of “Song of Myself”: “For every atom belonging to me as good belongs to you.” But the first law of thermodynamics also means that when we die, our own matter and energy are converted into yet something else where we will grow from the grass we love.

And that’s the second law of thermodynamics: entropy always increases. Michio Kaku puts it this way: “Things rust, decay. Everything gets old and falls apart. All things must die.” Throughout Leaves of Grass, Whitman’s speaker displays an awareness of what we might call this Hicksian version of death. Elias Hicks, Whitman’s spiritual mentor, was a controversial religious figure because he discounted the atonement, original sin, the devil, and hell (this made him an attractive victim for the body snatchers). Hicks argued instead for the importance of the inner light, how we respond to the divine within us all, and that we should celebrate our present. Whitman invokes Hicks’s doctrine early in “Song of Myself” when he writes:

I have heard what the talkers were talking, the talk of the beginning and the end,

But I do not talk of the beginning or the end.

There was never any more inception than there is now,

Nor any more youth or age than there is now,

And will never be any more perfection than there is now,

Nor any more heaven or hell than there is now.

And right now Walt Whitman is dead, and I’m not. Elias Hicks is dead. So is Samuel Clement. Today, my sons will wake up in Salt Lake City, and I’m already awake in Columbus, Georgia. None of what I’ve written here changes anything, and yet I have to end this essay somehow. So let me turn to the obvious, to the final gesture: Walt Whitman lives on in his words, reminding us that our own lives and deaths are small parts in a much larger series of moments. None of us knows what the next moment will bring so let us sing ourselves and celebrate ourselves and assume whatever we assume, and let us not cease until death when we too return to the earth that spawned us, under the bootsoles of those who will replace us.

J. Aaron Sanders is Associate Professor of English at Columbus State University where he teaches literature and creative writing. His stories have appeared in Carolina Quarterly, Gulf Coast, Quarterly West, and Beloit Fiction Journal, among others. His first novel, Speakers of the Dead: A Walt Whitman Mystery (Plume) features a young Walt Whitman as he finds himself in the middle of body-snatchers, medical students, and the law. 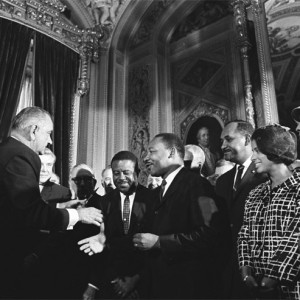