Also on Literary Hub: The most literary book ever written about bodybuilding: William Giraldi on New Jersey and writing a memoir · On name-calling, poetic partners-in-crime, and the blues: poets Cynthia Manick and Chialun Chang in conversation · Long needles scraping bone: from Joe McGinniss Jr.’s Carousel Court 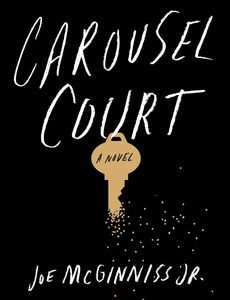 Phoebe can barely hear the music coming from next door over the incessant chorus of cicadas as she walks around the house...
© LitHub
Back to top