A New Poem by Emily Brandt

The mournful repetitions of Emily Brandt’s stunning new prose poem break open a world of American suburbia. Behind and around the poem is the familiar sensation that millions of families in this country, and across the world, live out a sense of estrangement and yet familiarity. The poem’s imagery gives it the faintest air of contemporaneity, but at the same time, is the poem 1980, 1990, 2000, 2010? I would argue that the fabric and texture of the world it creates is all of them simultaneously, because Brandt is a poet after the way in which history inevitably sticks to the domestic objects and routine situations that try to peel free from it. The litany extends from trauma and humor, from violence and body type, to the particular eerie/casual way in which largely white neighborhoods mark and announce the ethnicity and race of “others” (a Chinese doctor and his wife, a black man, Jews). The structure of suburbia is the structure of this poem—its cookie-cutter grammars, its lukewarm sensationalisms, its sober recognition of grief and loss hiding in plain sight as the status quo. Isn’t quaintness terrifying? Her art makes it so.

Emily Brandt is the author of three chapbooks: Sleeptalk or Not At All (Horse Less Press), ManWorld (dancing girl press) and Behind Teeth (Recreation League). Her poems have appeared in The Recluse, The Offing, Apogee, The Atlas Review, and other journals. She earned her MFA from New York University where she facilitated the Veterans Writing Workshop. She’s been in residence at Saltonstall Arts Colony and a Fellow at Poets House. Emily is a co-founding editor of No, Dear and Web Acquisitions Editor for VIDA. She lives and teaches in Brooklyn.
Share: 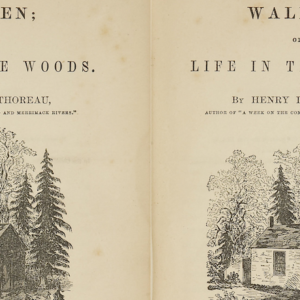