Also on Literary Hub: Otto Penzler’s 5 crime and mystery picks for the dog days of summer · Graphic designer Julian Alexander on 50 Cent, Marlon James, and what makes a good cover · To infinity and beyond: from Stephen Metcalfe’s The Practical Navigator 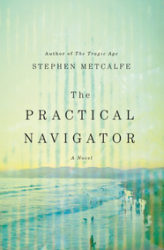 The ocean never sleeps. The ocean is ever restless. It is early morning, Southern California, a winter swell and the surfers...
© LitHub
Back to top