Also on Literary Hub: Islamophobia in the trial of Adnan Syed: Rabia Chaudry on America’s anti-Muslim industry · The Grumpy Librarian: books with allegorical animals and a lot of sex · You’re Adam Driver! From Marni Jackson’s Don’t I Know You?

Don't I Know You? 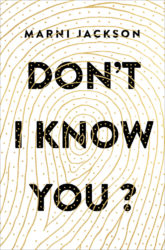 Don't I Know You?

If it snows overnight, the silence in the early morning has a different quality, as if a duvet has fallen over the city....
© LitHub
Back to top