How to Write While Traveling

When the publishing house Alfaguara sent me the exhaustive itinerary of the book tour for their annual novel prize, I was sorry I wouldn’t have more time to spend in each place. But then I thought, isn’t that the point? Aren’t I going to experience, without even planning it, the very essence of contemporary tourism?

The idea was to take notes literally on the fly. If I was going to travel by air, I would write that way, too. If I was going to spend months in airports, hotels, and way stations, the truly aesthetic thing would be to accept this situation and search for its literary side. Not to force my writing but to adapt to the times and the timetables. That way the form of the journey would be the same as the form of the journal.

Before I write a book, I think more about tone than about plot, listening for the book’s eventual cadence. In this case I began to imagine a spasmodic journal, told from a tight point of view and made up of a series of compact entries. One observation for each situation. One paragraph for each observation. There would never be a change of topic within a single entry. There would be no pauses. We no longer travel like that. We no longer see that way.

Rather than an in-depth report, I was interested in writing a cross between flash fiction, aphorism, and very short-form journalism. I would pass up the desire to recreate totalities or to give the impression of a whole. I would embrace the fragments. I would accept that traveling means, more than anything else, not seeing. The only thing we have is a glimmer of attention. Our small corner of happening. We wager everything, our poor knowledge of the world, in the blink of an eye. That was the interval that I chose, or that chose me, for this journey. That’s why I decided that instead of taking brief notes to develop later at home, I would finish each note here and now and register discrete moments. Writing as a method of capture. A need to trap small realities on the go and interpret them in real time. Like a net that seeks to fish its own waters.

Of course, not having time to go into depth is a limitation for any observer. But what if that speed, that very same lightness, were also an advantage? When an exhaustive and well-documented record of a place isn’t feasible, we need to rely on the poetry of the immediate, to look with the radical astonishment of the first time. With a certain degree of ignorance and thus with a certain initial hunger.

These days we go places without moving. Sedentary nomads, we can learn about a place and travel there in an instant. Nevertheless, or perhaps consequently, we stay at home, rooted in front of the screen. Travel in our global age is as contradictory as globalization itself. While the latter produces a tension between universal convergence and local difference, contemporary travel oscillates between the apparent pointlessness of geographical movement and the changing reality in each successive area. We always live in several places at once. Wherever we are, we can check our email and messages, read newspapers from around the world, follow international events. Wherever we go, we remain within the same landscape: the landscape of communications. That’s why it seemed appealing to try writing a journal that would reflect two contradictory convictions. First, that we end up experiencing a particular world in every place we visit. Second, that through the media we spend more time in other places (or in several places simultaneously, or nowhere at all) than where we are physically. But if this is the case, then why does travel continue to transform us and teach us so much? That great I don’t know is the subject of this book.

I didn’t for a second want this journal to devolve into a social chronicle of the literary profession, to my mind one of the most self-absorbed and boring genres in existence. I didn’t want to talk about the book tour, my novel, my personal relationships. I wanted to transcend them, to filter them through the landscape, to stretch their horizons. I only wanted to write about what I saw, heard, understood, or misinterpreted as I made my way through the labyrinth we call Latin America.

These days we travel without seeing anything. That’s the thought that came to mind when I learned of my dizzying itinerary. The tour would be an experiment, an exaggeration of our almost empty nomadism. And on the other side of the “almost”? What would I find? What do we see when we barely see at all? What follows is my account of what I barely saw from one end of the continent to the other. An assembly of vertigos, countries, readings, glances on the fly. Latin America in transit. Are you on board? 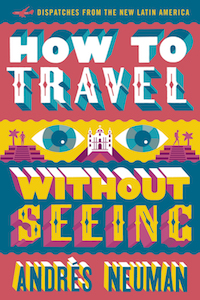 Excerpted from How to Travel Without Seeing by Andrés Neuman, translated by Jeffrey Lawrence (Restless Books, 2016). Reprinted with permission from Restless Books.

Andrés Neuman (1977) was born in Buenos Aires, where he spent his childhood. The son of Argentinian émigré musicians, he grew up and lives in Spain. He was included in Granta’s “Best of Young Spanish-Language Novelists” issue and is the author of numerous novels, short stories, essays, and poetry collections. His works have been translated into twenty languages. 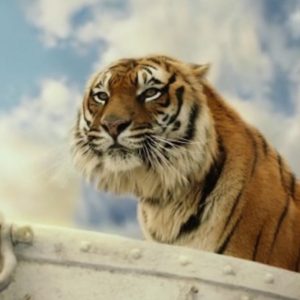 Caitlin Goodman, aka, The Grumpy Librarian, is here to help. The rules are simple: if you’re looking for what book to read...
© LitHub
Back to top
Loading Comments...