Also on Literary Hub: Interview with a bookstore: Farley’s Bookshop in New Hope, PA · Our language is ever updating, but meaning remains · From the Man Booker Prize longlist: an excerpt from Deborah Levy’s novel, Hot Milk 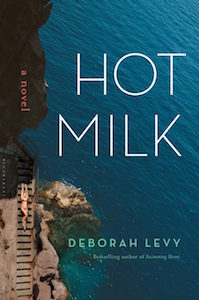 Ladies and Gentlemen The diving-school dog is already pulling at its chains and it’s only 8 a.m. He stands on two legs...
© LitHub
Back to top