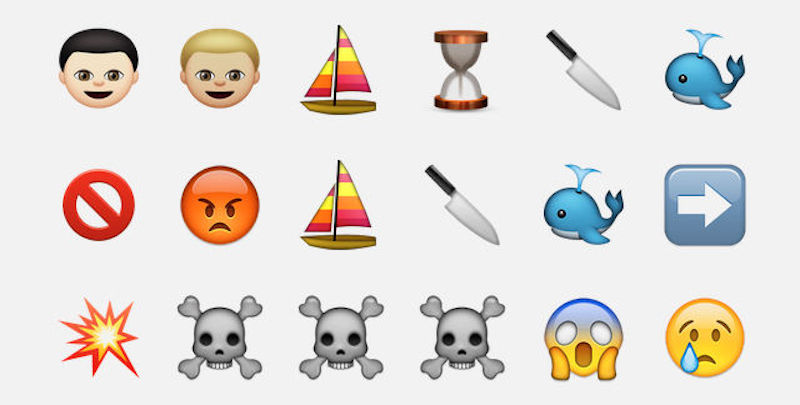 Our Language is Ever Updating, But Meaning Remains

From Latin Wordplay to Emoji-Speak, We'll Always Need to Name the World

Emojis are the new lingua franca of the digital age. Hashtags have infiltrated our speech, and Twitter-speak is being embraced by presidential candidates. Yet, as linguistic purists lament the downfall of language, it seems we are still obsessed with the written word. This past summer three new books were published that are a celebration of language and show that whatever it is we thought was dead in language is getting a lot better.

In Living with a Dead Language Ann Patty chronicles her love affair with Latin after a lifetime in publishing. Patty explains to the reader early on that her love of Latin was intricately tied to her relationship with her mother; and that in bringing the dead language to life, she managed to resurrect and redeem her mother. Which is a nice thought for anyone who has lost a parent or doesn’t really understand the one they have. But it’s not Patty’s mother who becomes vibrant on the page, it’s the Latin language.

For Patty, people are often just one-dimensional backdrops in her pursuit of language. Writing about her fellow classmates, Patty dispenses of them quickly, with one sentence descriptions—the young gay man with a Shakespearian name, the girl who hides behind her hair, the lovely redhead who is bad at Latin. None of these characters ever move much beyond those descriptions, but the language is both transcendent and dirty, methodical and nuanced. In Patty’s retelling, Latin is the language of religion and sex, love, lust and transcendence. Patty writes playfully about dirty Catullus and in awe of Ovid. She digs into the complexities of the language, often expounding on endings and irregular verbs, and describing the Latin poetic device for creating a picture of words, where the placement of the words enact their meaning. “In Latin,” Patty writes, “because word placement can be anywhere and sense is determined by the inflection, poets can do this magic trick that doesn’t well lend itself to English.”

For Patty, the people are ancillary, while the language is alive—and even after centuries of minimal use Latin is always playful, always transcendent in a way that can engage even the most recalcitrant of scholars (I mean, who doesn’t like a good Classic penis pun?). But the connection is one that is purely personal for Patty and while her enthusiasm does draw readers in, we are just bystanders in her love affair with Latin.

By contrast, Multiple Choice by Chilean novelist Alejandro Zambra (translated by Megan McDowell) invites the reader to get dirty with language. The entire novel resembles the Chilean Academic Aptitude Test, which students take before entering university. As a Type-A test taker, my instincts took over and I read the first half of the book with a pen and paper, marking down my answers, hoping I was getting it right. Would there be an answer key? I didn’t dare look in the back because that might be cheating. I read and reread my answers, parsing each question, putting the story together in my head in ways that I hoped made sense. It took me much longer than I’d like to admit to understand that there were no answers here, only language and layers. The answer is never A or B or C—rather, A, B, and C are entirely beside the point.

This lack of right or wrong is a theme Zambra drives home with his story of Chilean students cheating on the exam (the very one the book replicates) in the reading comprehension section of the test. There the narrator notes as an aside:

I think that, thanks to our cheating, we were able to let go of some of our individualism and become a community. It’s sad to put it like that, but copying gave us solidarity. Every once in a while we suffered from guilt, from the feeling that we were frauds—especially when we looked ahead to the future—but our indolence and defiance prevailed.

Zambra layers language and allusion, playing with sense and our idea of rightness. When I put down my pen and stopped trying to be right, that’s when the absurdity of the novel’s gimmick took over. Because the novel is gimmicky in the sense that puns are obvious manipulations of language for humor and affect. But the torture that puns and gimmicks inflict on words underpin Zambra’s darker themes—death, politics, disappearance and fathers. That the book is translated adds another depth of complexity to the novel’s use of language. The first question in the Spanish version begins:

In the English translation, the first question begins with the word “multiple.”

Translation is not an exact science and neither, Zambra seems to be arguing, is anything to do with language. Often his questions offer the reader multiple answers that all seem the same, but change the meaning only slightly, or sometimes not at all. Sometimes the answers are the same, but when read one after the other, the sense becomes more plaintive than factual. The answer then is rather a question about the malleability of sense, and the experience of slippery language, slippery history and slippery truth.

But if Zambra’s book is all about the malleability of truth, then Robert MacFarlane’s Landmarks is quite the opposite. In this work of non-fiction, MacFarlane goes on a quest to catalogue the words of landscape and nature. In Landmarks the process of precise naming is also the process of salvation. Only though specific language, MacFarlane argues, can we truly see the nuance of place. He is a modern Adam, cataloging creation.

In the first chapter, he journeys to the Lewis Peatlands, off the north-west coast of Scotland. There, the land is under threat of turbine expansion, but is saved because of a glossary of words that bring the land from a barren nothingness into vivid relief. There are terms for the different shades of green in the peat, the way the clouds play over it, and the water that runs through it.

MacFarlane’s systematic nomenclature of place brings the very land into being. But linguistic alchemy extends even beyond place and into sense. There is the word kreemee which means “shivery with cold,” or stirn, “to tremble from the effect of cold.” Each word is a connection between person and place, stitching together our inner world with the outer. Language for MacFarlane is more than just a way to save nature, but to save something fundamental in ourselves.

Life has always been intimately connected to language. In the Bible, the world is created when God speaks, “Let there be light.” It is how night separates from day and water and firmament divide. Later in the New Testament, Jesus does something similar, this time creating new life through words of healing—”Pick up your bed and walk” or “Go and sin no more.” Existence, salvation, resurrection are all attained through words. And each author speaks to that sense with their own unique approach to language. Patty’s resurrection and life, Zambra’s complications of existence or MacFarlane’s salvation, they each prove that the power of words live on not in spite of our post-language world, but because of it.

Emojis, hashtags, text speak, they exist because they name a new reality, one we are just beginning to understand. Signifiers—and significance—remain, even though the signs change. Perhaps what we speak of as language is at best an imprecise and clunky mechanism for the meaning we aspire to, or perhaps as with MacFarlane and Patty, language is life itself—creation and resurrection and healing.

Chaucer once complained of the “gret diversite / In Englissh and in writing of oure tonge.” Yet, for that narrowminded lament, Chaucer would have failed my college English class. This is because the “Englissh” of Chaucer’s time is in a way, not much different than our own. In English, mob-vulgarities are the rule rather than the exception. Text-messaging teens wield more power than Harold Bloom, and that is the way it should be. Like with Zambra’s cheating test-takers, the meaning is not in the answers, but in the community that is created in the process.

Lyz Lenz has been published in the New York Times, Buzzfeed, Washington Post, The Guardian, ESPN, Marie Claire, Mashable, Salon, and more. Her book Belabored: Tales of Myth, Medicine, and Motherhood is forthcoming. She also has an essay in the anthology Not That Bad: Dispatches from Rape Culture edited by Roxane Gay. Lenz holds an MFA in creative writing from Lesley University and is a contributing writer to the Columbia Journalism Review.
http://www.lyzlenz.com/ 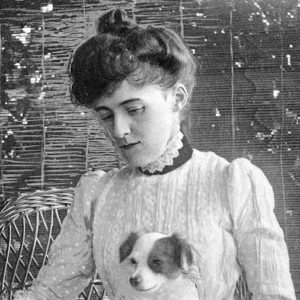 In 1883, a young redheaded Edith Newbold Jones spent the summer in Bar Harbor, Maine, hiking and canoeing with a young fellow...
© LitHub
Back to top