This July, Literary Hub ran an avant avant-garde essay by the Chinese writer Ning Ken arguing that the “ultra-unreal” reality of today’s China requires a whole new literary genre to capture it. Ning asserted that problems like the extreme levels of official corruption, plus out-of-control pollution and toxins in food, create an insane environment beyond anything a fiction writer could dream up. Accompanying all of this is a rate of change that is faster than what anyone can keep pace with. “Everything is happening in China at great speed,” he wrote, “and this speed brings with it all sorts of problems,” including how to create literature that addresses them. Having been in and out of China for 20 years as a professor, the essay struck such a chord with me that I sent it to my Chinese writer friend Xie Hong, whose stories I have co-translated. Xie replied the same day telling me that Ning is a friend of his and that it is precisely this “ultra-unreal” aspect of today’s China that he is himself trying to depict. This insight caused me to view Xie’s work anew, even if its basic tendencies had always been apparent.

Xie Hong was born in a small northern Guangdong Province town called Chongyang. Of Hakka ancestry, he was the son of an accountant and a housewife, and has two siblings. His childhood home was just a brick and earth bungalow, which was too small for the five of them. The year of his birth was, ominously, 1966: he claims the Cultural Revolution turmoil made him “sensitive and depressive” as well as introverted, and that all these characteristics show in his later works. Luckily, though, he was able to finish his schooling.

In 1981, Xie’s father decided to move his family to Shenzhen, the city adjacent to Hong Kong. At that time, it was a boomtown, with all that entails: public murders, rampant crime, prostitution everywhere, and masses of newcomers flooding in trying to get rich quick. In this environment, the teenaged Xie encountered another kind of turmoil: namely the struggle to survive under economic circumstances that strained his family. His uncles migrated illegally to Hong Kong in the late 1970s, leaving their families behind, so in 1981 Xie’s father had to return to his hometown to care for them and his parents. With no friends in Shenzhen and too many worries, Xie’s father became an alcoholic, forcing his mother to find whatever part-time work she could when not taking care of her home. This different kind of unhappy period also affected Xie’s later writing.

Xie went to East China Normal University in Shanghai for a BA in economics and then worked at the Bank of China in Shenzhen for the next 14 years. Xie had begun to write as an undergraduate, although he tells me he first became interested in it in primary school. He calls his undergraduate days the happiest of his life; he enthusiastically poured himself into student literary magazines, becoming known on campus as a poet. In 1990, he met Xia Muzi through his poetic activities, and they married in 2003. They have no children, but Xie describes their relationship as “mostly like friends. She always encourages me to do what I like to do.” While working as a banker after university in China’s opening up and economic expansion, he continued writing and won literary prizes. Altogether, Xie has published six Chinese novels, three novellas and three essay collections, as well as a volume of poetry.

In 2005, Xie undertook an abortive immigration to New Zealand, from where he returned in 2015. This attempt at relocating was perhaps a replay of his childhood migration to Shenzhen, except this time he returned to where he came from (though Muzi still spends most of her time in New Zealand). Xie narrated his misadventure in an autobiographical piece entitled “Immigration: a Beautiful Environment Versus a Terrible Reality.” His multiple culture shocks were aggravated by his low level of English, which meant he had to continue writing in Chinese, including stories about Chinese immigrants, while improving his language skills at Wintec. To make a living, he and Muzi tried growing their own food and running a laundry/cleaning franchise, both of which failed dismally. Overall, his experiences as an immigrant in a Western country gave him new material to write about back in China; Xie now writes a column on differences between NZ and the PRC.

The gap between the real and the ideal in both China and the West provides a way into understanding the two of Xie’s short stories that I have translated with Jicheng Sun. The first, “The End of the Game,” was published in the May 2015 issue of World Literature Today and is set in a small Chinese town in the late 20th century. Narrated by a small anonymous boy, it tells of his forbidden games of hide and seek with playmates in a new sawmill rumored to be haunted because it is built on the site of an old cemetery. The transformation of this restful place for the dead into noisome industry works as a metaphor for economic expansion in post-Mao China, hinting at Ning Ken’s “ultra-unreal.” Correspondingly, the use of the sawmill at night for children’s games, despite their parents’ warnings, shows natural life continuing. In the story’s final scene, the boy narrator is caught by a security guard frightened that he is a ghost. They find that the mad mother of one of his playmates is playing hide and seek with her (dead) daughter. In today’s China, old superstitions and madness will not die, even if industrialization covers them.

“Who Flies in April?,” published in the autumn 2016 issue of Renditions, is a more explicitly political story, but has a similar theme. In this third-person narrative, a teenage girl named Summer comes from southern China to Beijing for the political rehabilitation memorial service of her late grandfather, who had been a Mao-era dissident. The story’s action takes place mainly in Summer’s mind as she attends the service and then visits her insane aunt, all while reflecting on what she heard of her grandfather’s tribulations during her own troubled girlhood. The springtime setting of the story includes the sandstorms and pollen that afflict Beijing in April; as they float through the air and into Summer’s respiratory system, she coughs and sneezes. We learn that Summer’s grandfather suffered from asthma, which affected him terribly in spring; this implies an extra genetic link between the protagonist and her forebear, especially since her mother suffers respiratory illness, too. Now, his “soul [had] floated out of his body like a piece of willow fluff … and drifted far, far away.” In the final paragraph, a heavy-hearted Summer realizes that no one but her crazy aunt “would ever be able to fly away, unfettered by the past” like willow fluff. Xie’s use of these springtime aerial irritants as a metaphor for an inescapable past suggests how family and national political ties continue to bind, with only death or madness setting anyone free—could this also be the “ultra-unreality” of China today?

Xie himself names “the relationship between ‘people’ and ‘city’” as the focus of his Chinese works—that is, the too-rapid conversion from agriculture to industry that began accelerating in his teens. “Most people,” he writes me, “cannot catch up with so many developments[,] and so many ridiculous stories happen in our daily life.” Significantly, Xie says he prefers to focus on “unimportant characters” to make his “stories touching and convincing,” even if they appear “very strange in the real world.”

The tension between inner ideals and outer reality, or more accurately, how to achieve one’s personal ideals as far as possible in an adverse reality, is likewise the central theme of Xie’s English novella Mao’s Town, the first of a projected trilogy about the effects of the Cultural Revolution on a couple of ordinary Chinese families. Xie says that he wants the Mao’s Town trilogy to be his “masterpiece.” His aim is to tell “a complicated Chinese story in a simple style” that still has a powerful impact on the Anglophone reader by showing “universal values in the world” that can bridge the gaps of culture and history.

Like “The End of the Game,” Mao’s Town is narrated by a small anonymous boy whom one suspects is to some extent a fictionalized Xie. He is now grown and living in America, looking back on his turbulent childhood. Through this boy’s not exactly innocent eyes, we see the fate of an Indonesian-Chinese couple who have returned to live in China. Why they have done so is never explained, but it proves a fatal error. Jing is a tailor who makes colorful clothes in contrast to the uniformity of Cultural Revolution-era dress, while her husband Ahn is an English teacher at the town school—not the safest occupation in China at that time. Ahn is denounced as a spy and sent into penal servitude; eventually, Jing is denounced, too. Both have half their heads shaved and are subjected to public humiliation before the townsfolk. In the climax of the story, while Ahn is being paraded over a bridge after a beating by a slogan-chanting mob, he jumps into the water and drowns because his hands are tied behind him. Jing, who has been stripped naked before the mob as punishment for her tailoring talents, marches straight into one of the smelting furnaces that Mao has ordered everyone to have so that China’s iron production can beat the West’s. Their calm self-immolation astonishes everyone, including the horrified but admiring boy narrator, now looking back on it all as a man.

Thus, Ahn and Jing escape their denigration in opposite but complementary ways: water and fire. This “restored the dignity they had lost and flung it in the faces of their tormentors,” as one early reader of Xie’s manuscript put it. Their chosen means of death might also be said to have purified them from all the vile accusations against them. This action takes place well before Deng Xiaoping’s economic reforms, but really the Cultural Revolution and post-Mao socio-economic tumults might both be two sides of the same coin, like fire and water. Ironically, after Deng appeared it was Chinese like Ahn and Jing who became successful, but they do not live to see it. When paired with the protagonists of Xie’s two stories discussed above, we can see this more clearly: spiritually overwrought political struggle gave way to spiritually empty economic struggle, with no way to escape, even in the West.

Perhaps the only solution is play, which transcends both old superstition and noisome modernization. Yet Xie Hong himself has found achieving such a state impossible in either East or West. Other stories Xie has sent me appear to confirm this sad vision. “Drifters,” also published in the autumn 2016 issue of Renditions, tells of a successful 1990s Shenzhen businessman who works himself to death. In the hurly-burly world of today’s China, people have to struggle with mad situations to just survive—is there any hope for resolution or higher meaning? Read superficially, Xie Hong’s fiction, like his life, suggests not; a deeper look, however, shows that people can make sense of their world if they can basically cope with it. That is why I would characterize Xie’s vision ultimately as a comic one, because it holds out hope for functioning with reality in an “ultra-unreal” society—at least for survivors.

Hal Swindall is a native Californian, with a PhD in comparative literature from UC Riverside in 1994. He is a vagabond English professor around East Asian universities in China, Korea, Taiwan and Malaysia. He is a professor now at Jinan U in Guangzhou (Canton) in China. His main research interests are late nineteenth-century European literature & art. 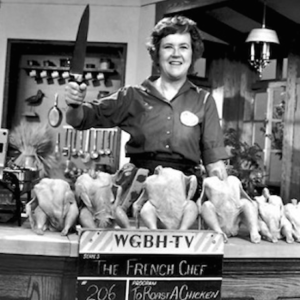 “There has been a growth in the literary depiction of a particular type of friendship, one that has in the past found...
© LitHub
Back to top