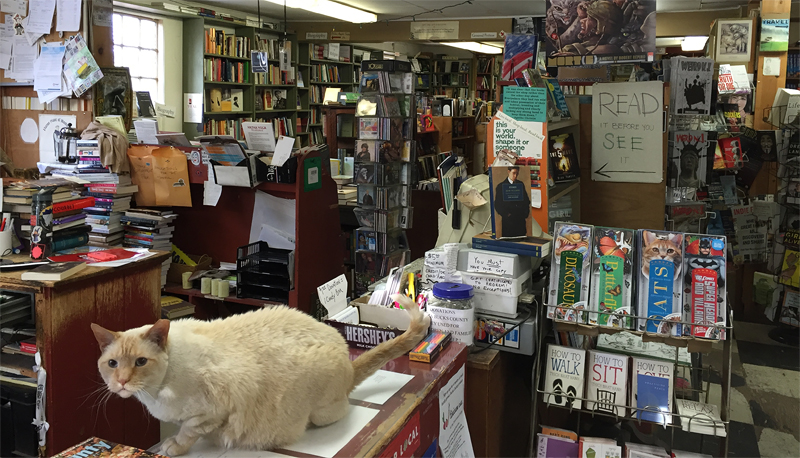 Interview with a Bookstore: Farley’s Bookshop

Farley’s Bookshop was founded in 1967 by Jim Farley in New Hope, PA which is about halfway between Philadelphia and New York City. Jim bought out a small bookshop that existed in town with a little help from James Michener and Fred Rogers (of Mr. Rogers fame). He and his wife Nancy built the shop into what it is today, a good-sized, eclectic, nooks and crannies bookshop for readers who love books. Jim and Nancy were both passionate readers who felt strongly about the power of a book. That tradition is continued today, and Farley’s will be celebrating 50 years of independent bookselling next July. 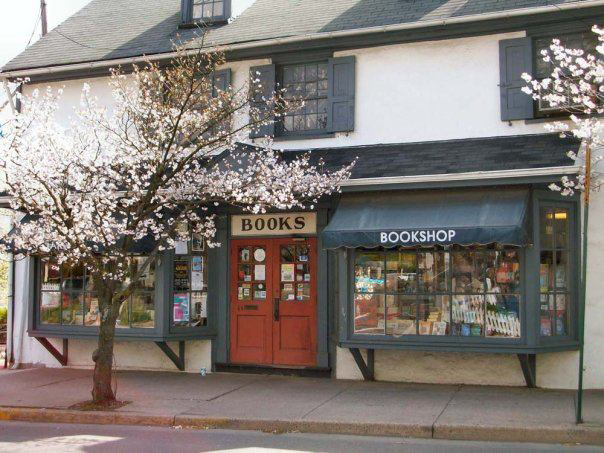 Charlie (bookseller): The science section. I like the mix of hard science with our large Dover collection, as well as the pop science. There’s stuff for people at every level. I love books about ideas.

Caitlyn (bookseller): Every section. It’s too hard to pick, and we have great stock in all the time!

Michael (returns manager): It’d be great to have a dedicated event space so we could host larger groups. 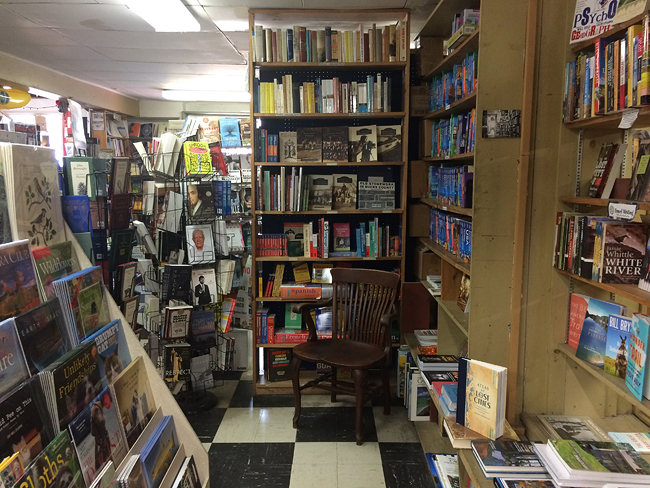 Kristina (bookseller): We know our customers. Building relationships over years, sometimes decades, is what we do best. We know what they want to read almost before they do.

William (bookseller): A favorite thing about this place is that we are good about playing soul music and making sure people have a good time, that there is always a recommendation ready to go with that.

Charlie: Steve Rabinowitz is a regular who reads math books voraciously. You see him around town and say, Hi, how are you. He’s in every week, and his love for math is incredible.

Kristina: Paul and Lelia Matthews have been customers at the store for decades now. They’re both incredibly interesting people. He’s a painter; she’s an actress. When they find a book that they like they’ll purchase 20 copies and distribute them to their closest friends and family. Their enthusiasm for books is catching.

Michael: One of my favorite regulars is Sonja Irwin, who’s been a customer for years. She not only has great taste herself, but she’s always gifting books to others. It’s so rewarding to help her with specific recommendations because she’s so genuinely happy and grateful afterward. She’s usually got so many books that I walk them out to her car for her. 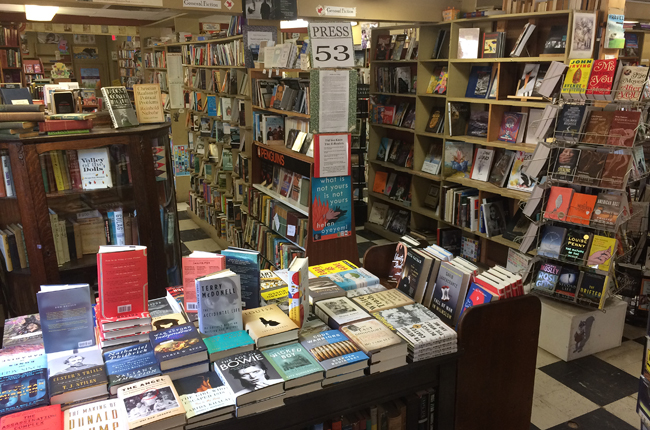 William: We’re a tourist town, so we’ve really seen it all. Every walk of life, every situation…The craziest thing will always be the parent who, when their child stops at our front window and says, “Books,” yanks them away and says, “We’re going to the candy store. What do you need a book for?”

Julian: Apparently back in the 70s, a few years before I started, Hunter S Thompson came in and started throwing $5 bills behind the counter.

Caitlyn: As a group, we realized that all but one of us grew up coming to Farley’s. This place has shaped all of us as readers, as people. There were always just stacks and stacks of books everywhere, and someone around to help you get something from the top shelf. It’s really special to work here after coming here for years.

Michael: I have no idea. All my attempts to do anything else have ended in abject failure. This is where I belong. 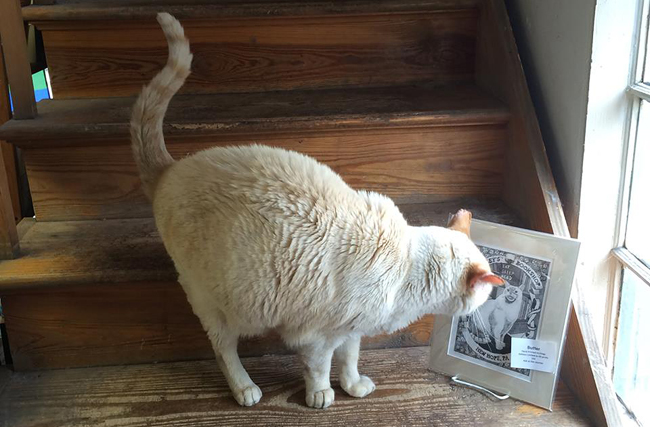 William: That there are others out there like you, as obsessed with books as you are, as crazy.

Caitlyn: Way too many people care about our cat than they do about reading. We love Butter, but the books are pretty good too.

Michael: I’m constantly surprised at what gets published. I guess there must be something out there for everyone, but some stuff is just…wow.

Kristina: It’s surprising to me how certain reviewers will constantly feature the same four publishers over and over again. There are tons of great publishers out there, lots of small presses, and they’re publishing fantastic authors and receiving very little attention over it. So we’re doing our best to bring in those small presses, feature those authors, and get the word out that there’s more to the publishing world than the select few big names. 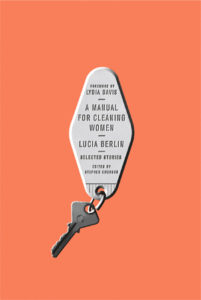 KRISTINA (BOOKSELLER) RECOMMENDS: This is one of the most remarkable short story collections. It’s incredible to me that a writer of Berlin’s caliber managed to slip through the cracks (this was published eleven years after her death in 2004). Her stories are gorgeous and artfully simple: the comparisons to Raymond Carver and Richard Yates are apt but don’t even give her enough credit, for she’s doing something all her own here. She constructs beautiful glimpses into the lives of the ordinary, the disenfranchised, and the struggling. 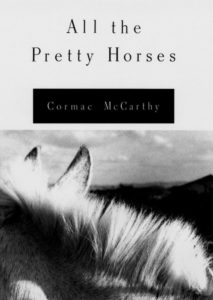 JULIAN (MANAGER) RECOMMENDS: It is a beautifully written tale of adventure, set in the border country of 1940’s Texas and Mexico. It follows the trials of John Grady Cole and his friend Lacey Rawlins as they try to find their place in a rapidly changing and violent world. It has one of the greatest last sentences in American literature. 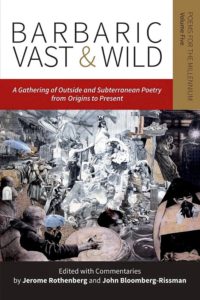 BUFFY RECOMMENDS: One of those rare milestone books that is essential for every serious bookshelf. Rothenberg traces the origins and development of “outsider” poetry from cave paintings until modern times. The range here is remarkable, the translations fresh and stunning. These are the wild howls that have challenged the gatekeepers all along. 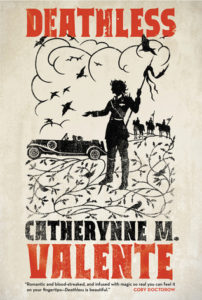 MICHAEL (RETURNS MANAGER) RECOMMENDS: Deathless is the story of a young woman growing up in the aftermath of the Russian Revolution and becoming involved with Koschei the Deathless. It is an incredibly interesting look at Russian history and folklore and beautifully written. The story also includes socialist house elves, who are both sympathetic and hysterical. 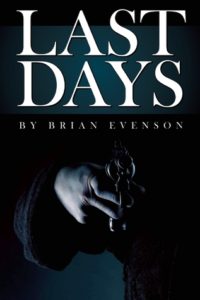 JOSH RECOMMENDS: Combining surreal mystery, truly unsettling body horror, and a vicious noir sensibility that would do Jim Thompson proud, this is the book that turned me on to Evenson and got me pushing his work on anyone within earshot. 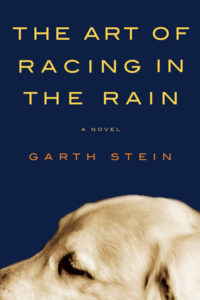 CAITLYN (BOOKSELLER) RECOMMENDS: This is a beautifully written story told through the dog’s perspective on his owner’s life. He witnesses his master get married, have a kid, lose his wife, almost lose his kid, and even gets to drive in a race car with him. 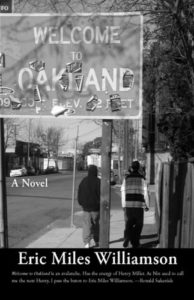 CHARLIE (BOOKSELLER) RECOMMENDS: This book is like reading the backside of a lightning bolt: equal parts Henry Miller, Jack London, Steinbeck, Celine, Kerouac and Bukowski. It is a howl from the forgotten places of America, places that Williamson grew up in. At times offensive, brash, lyrical as the best jazz, confrontational, tender, Welcome to Oakland pulls no punches. It will challenge your vision of America, it will challenge your vision of yourself. 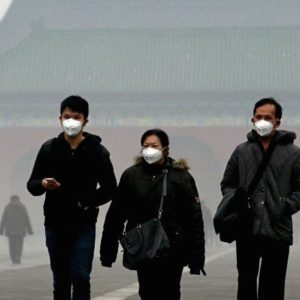 This July, Literary Hub ran an avant avant-garde essay by the Chinese writer Ning Ken arguing that the “ultra-unreal”...
© LitHub
Back to top
Loading Comments...