Also on Literary Hub: Interview with a bookstore: Itinerant Literate, a Charleston bookmobile baby in the making · How Stoner was reborn: how the NYRB chooses what to reissue. · Snakes on a plane: from Jean Giono’s Hill 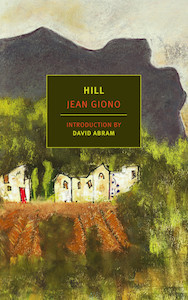 Janet is stretched out under the sheets, stiff and straight. His slender body lifts the grey blanket into a furrow-mound....
© LitHub
Back to top