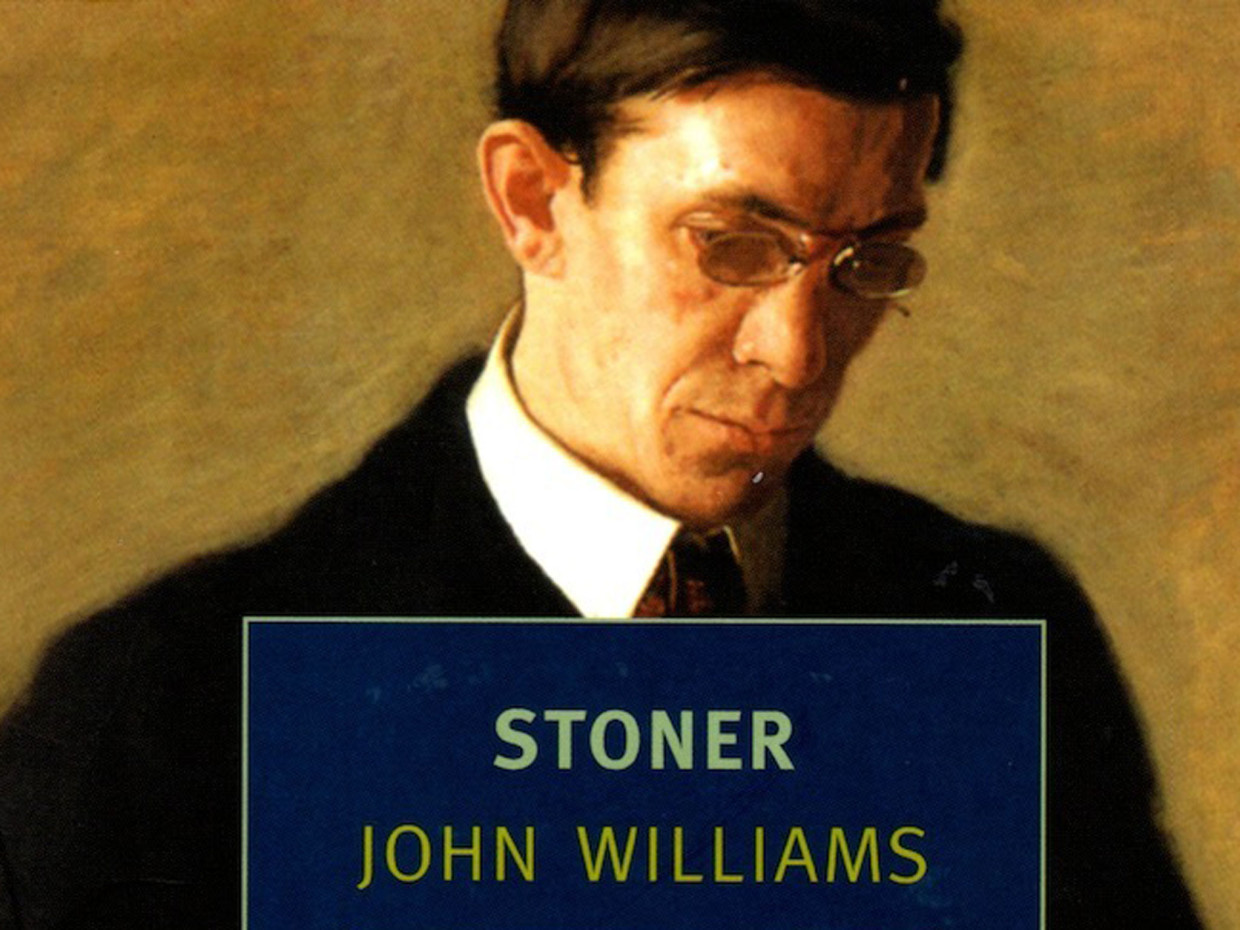 This interview first appeared in Chinese in Tencent Weibo.

Yongxi Wu: Stoner is a book published 50 years ago. When it first came out, it was largely ignored, but it always enjoyed a secret life [EF: a small secret life] among readers. And then you brought it back in 2005. How did you come across that book?

Edwin Frank: A former colleague of mine who worked for the magazine, taking the magazine around to bookstores in city, went to a bookstore on the Upper East Side, Crawford Doyle. John Doyle, the owner, said to him, Listen, there is this wonderful book named Stoner, which is in print but hardly available. (It was in print with University of Arkansas; after retiring from Denver University, John Williams had moved to Arkansas, and the press there reissued all of his books.) And John Doyle said, I know if I could stock this book regularly, I could sell it all the time because it’s just a wonderful book. He gave the book, along with Butcher’s Crossing and Augustus, to my colleague Mike Johnson, and Mike took them home and devoured them. Then Mike came to me and told me the story. He said, They’re great, you have to read them, but you have to wait ‘cause my wife is reading them. So it seemed for a long time I would never get hold of the book; Mike was so enthusiastic he kept passing it around to everybody he met. But finally I got my chance to read it, and I saw what he meant.

Then I also had a personal connection with the book. You know, it is set in Columbus, Missouri, at the University of Missouri. As it happens, my mother and father met at the University of Missouri, and my mother went on to become a medievalist like Stoner. I grew up in an academic family, so I knew the milieu Williams’ depicts in the book—this provincial American academic milieu.I remember visiting my mother’s adviser: an old very learned lady who knew all about Chaucer in a dark study that couln’t have seemed more remote from the Rocky Mountains and the mall outside the town I grew up in. I knew Stoner’s world, and I could appreciate how beautifully Williams depicts the tenacity and the fragility of the people in it.

YW: When you decided to reprint the book, did you foresee its huge success?

EF: Well, what John Doyle said was true: if you can get the book in people’s hands and get them to read it, it makes its mark. Many people love it. Others criticize it, disliking Stoner’s passivity, or the cruel depiction of the wife, etc, etc. Either way, it gets talked about and passed about. The hard thing is to get people to pick up a book about a mid-century Midwestern medievalist whose life is a complete failure in the first place. I wasn’t sure people would, but I had no doubt it was very fine book and a book we should publish. In any case, it did OK for us from the very beginning, but it really took off when the great critic Morris Dickstein wrote a piece in the New York Times saying Stoner is something much rarer than a great book: it’s a perfect book. After that the book began to sell very steadily. Then came its huge success abroad, rumor of which came back to the States and sales picked up even more.

YW: I don’t know if you know anything about its success abroad; it seems to me a very non-typical American book, and it’s enjoyed great success in Europe, like you said, in Holland and in the UK.

EF: In Germany it’s doing well, as it has done in France and Italy too. You know, various factors have contributed to its success abroad—in France, its due partly to it’s having been translated by a novelist, Anna Gavalda, who enjoys a very substantial readership of her own, so it was a real endorsement that she put in the work translating it.

I always thought the book could do well in Europe and I made it a habit to talk up the book to European publishers. Oscar van Gelderen from Holland came to have coffee, and he said, I’ve heard about this book, but do you think it would work for us? I said yeah. In a way it fits a certain European notion of America—a country of big spaces and puritanical conventionalism, strangely highminded, lonely as hell. And the book has a certain existential dimension. I don’t think it’s a mistake to hear Camus behind it, this story of a lone man against the world choosing his life, such as it is. I sometimes say the books a bit like an Edward Hopper painting, wooden houses casting stark shadows on blank green lawns.

YW: I want to come back to a point you just made, that the book has an existential quality, which seems to me to be quite unique in contemporary American fiction—in its questioning about the futility of life, the ultimate emptiness of it. Is that a fair observation?

EF: Well Existentialism made its mark in America too, but certainly Stoner wasn’t much like the American novels of its time, which have a showy comic over-the-top-ness—think of Catch 22 or Portnoy’s Complaint—and can be aggressively topical. Stoner is set before WWII, and it is about an America that is as mythical as it is historical, an America that is set apart from the world, almost a private America. It’s telling that one of the big events in Stoner’s life is his not heading off to WWI, his staying behind to read and study. Not that Williams wasn’t interested in questions of power and success. His earlier novel, Butcher’s Crossing, a Western, is practically an allegory of destructive American overreach. His final novel Augustus, the story of the greatest of Roman emperors, the most successful man in the world, you could say, the anti-Stoner, is all about the use of power. But there’s nothing immediately topical or obviously innovative about any of these books, in the way that so many successful American novels of the Sixties were topical or set out to be innovative.

YW: Is there a correlation between John Williams and William Stoner?

EF: Not really that I know of… Well, yes and no. Williams also came from a relatively poor background and went into the academy. I don’t know if he got his PhD. He taught in a writing program when there weren’t all that many writing programs in universities. His first publisher Allan Swallow was closely connected to Yvor Winters, an important critic who taught at Stanford and was also a poet. Winters’ wife Janet Lewis was an unusual and original novelist working in the then unfashionable genre of the historical novel. Her most famous book is The Wife of Martin Guerre. Anyway, these affiliations put Williams at a distance from the modernist mainstream, as Stoner certainly is. He had a number of wives, so I guess he had some experience… I don’t know, I don’t have any reason to believe that Edith was the picture of any one of them, but he clearly had some experience with marital troubles. Charles Shields’ biography should make some of these things clearer.

In the special 50th anniversary edition of Stoner that we published last year, we included Williams’s correspondence about the book with his agent. He had a real sense the book was good and a real sense that he was not sufficiently appreciated as a novelist.

YW: I was wondering why the book was set one generation before when it was written. But on the other hand, I do also see that this is the time the author wanted to write about. This is the story he had in mind.

EF: It is an interesting question. It’s a way of saying this is not just a story about “the way we live now,” it’s a story about life—a man’s life, but also, I think, American life, or the life of America. William James deplored the American cult of “the bitch-goddess success” and one of the things I think is going in Stoner is a questioning of what personal success is in a country then at the pinnacle of historical success.

YW: Do you think the fact the book was published in the middle of the 1960s had something to do with its initial failure?

EF: Oh yeah. It wouldn’t have seemed the sort of book that was remaking people’s ideas or reshaping their ideas of the novel, like the meta-fiction that was popular at the time or the new journalism. Stoner doesn’t engage with the formal issues or the real issues that people took to be the burning issues of the day. So yeah, I think it very much contributed to its neglect.

YW: Literature is one of the grand themes of the novel. Stoner’s life was transformed when he fell in love with literature. And interestingly enough, I realize that Williams keeps coming back to the idea of the inexplicability of literature—Stoner was transformed by Shakespeare’s Sonnet no. 73, but when his mentor asked him what the sonnet meant, he was unable to express it. And it’s the same with him and Lomax. There is a sentence that goes, “He realized that Lomax had gone through a kind of conversion, an epiphany of knowing something through words that could not be put in words.” Do you think this is why authors and publishers like this book so much, because it touches on this unsolvable conundrum of their trade?

EF: I was saying that in the Sixties a good deal of American fiction explored the possibilities of meta-fiction and that Stoner was not like that, and yet your question makes me wonder if Stoner isn’t in a sense of its time—a book about the love of books and the danger of books, how they can fill a life but can leave a life quite empty.

One of the things that makes the portrait of Lomax more nuanced than some people allow is that Stoner sees that Lomax has the same love that he has. Part of what’s going on in the academic scenes is saying how ill-suited the academy is for channeling that love—I mean, it needs to have that love to underlie it, but that love has a hard time finding institutional expression and gets twisted. So yes, it is in some sense a book about the power of literature, but also about the elusiveness of literature, I think you’re quite right saying that. 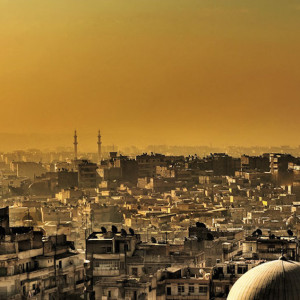 The white-gloved butler approached the dining table bearing an oval dish where the tiniest kibbeh balls had been nestled....
© LitHub
Back to top