On this week’s episode, Julia, Rider, and Tod discuss what each of them are reading to Literary Disco’s second generation, from Frog and Toad to The Rainbow Goblins and Barnyard Dance! Also, the three discuss whether Winnie-the-Pooh is actually any good, how animals are essential to the reading experience, and why narrative is still important in children’s literature.

As Rider summarizes, “So much of the reading when they’re under the age of three or four is just the act of reading. Its just the act of sharing a book together and sort of recognizing that there is a common language and a common thing outside of you just talking to your baby. There’s something you guys can share together and read together.”

Some of the books discussed in this episode include: 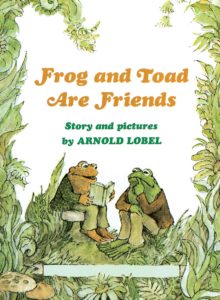 Julia Pistell: I know why it’s popular, but I wonder why it’s not as legendary as Winnie-the-Pooh? It just seems that it’s a book that everyone has read but it slips out of our imagination. Maybe we encounter it when we’re too young for it to stick?

Rider Strong: I have tried to revisit Winne-the-Pooh multiple times for Indy, and I think Winnie-the-Pooh is horrible . . . The argument I would give: Winnie-the-Pooh has more characters and is also a world based on stuffed animals and toys, which I think Disney was very effective at marketing. For a while—and I don’t know if this is still true—the highest-grossing toy for Disney was the Winnie-the-Pooh series. I think that the toy factor really helped make that an omnipresent set of characters in a way Frog and Toad . . . you don’t hear about Frog and Toad stuffed animals or cartoons. They only exist as these children’s books, which make me appreciate them even more. 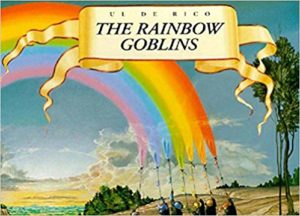 RS: The goblins are bad guys, and you’re following them the whole time. Not a lot of children’s books follow the bad guys, and it doesn’t really have a hero other than the entire natural world . . . It’s this weird little fable . . . and where Indy is, he’s obsessed with who is a good guy and who is a bad guy because all the kids at school are into superheroes. This is a book where you’re kind of with the bad guys and enjoying being with the bad guys, and I think it’s fun and delicious for him . . .

JP: One thing I found interesting while reading this and looking at the illustrations is that there are no close-ups. It’s all pastoral, and the language is so distant in a way. There’s a big mention on one goblin being the leader, but we’re not getting a close-up on his face. Everything is from so far away. I don’t know if anyone would make a book like that now? It seems the opposite of every other children’s book.

RS: It’s not like a comic book where it directs your attention.

JP: This almost cold tone. This story is not told by a narrative voice that cares at all about what’s happening. It’s just telling you what’s going on. I see that Indy wants to know who is the good guy and who is the bad guy, but it also leaves some room for just telling the story. It feels like cold-hard facts even though it’s complete mythmaking.

RS: This cutesy, baby-talking narrative voice that keeps interrupting and doing these asides, and I’m just like, stop and tell a good story.

Tod Goldberg: But if you both weren’t writers and actors, would that matter to you? If the preponderance of children’s books does that sort of thing, is it because most people don’t have narrative as part of their DNA?

RS: I feel like it’s a trend because there’s so much children’s literature now . . . I feel like so often people’s first tendency is to tell kids how to feel and how to think. And I think that’s going to be 80 to 90 percent of the books out there, and I think that’s crap. Kids will be fine, but I think this is an important time in brain development for kids to start thinking for themselves and to start questioning and understanding narrative but also within that narrative to find a perspective or identify with certain characters or question things and be a little scared by them. 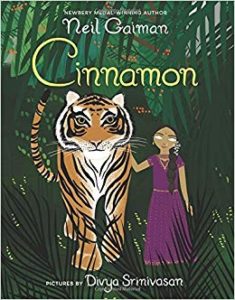 RS: One of the things he talks about is the value of fairy tale characters being sort of every bodies. In other words, Jack in Jack and the Beanstalk is sort of a generic person. The central characters of fairy tales are not detailed individuals with deep back-stories. They’re often very much archetypal every bodies, and that’s an important thing for children to put themselves into.

TG: A kid doesn’t have a backstory. If you’re five years old, you don’t have any memory.

RS: Even in the events themselves, there’s a neutral tone. Fairy tales tend to have villains and witches and evil stepmothers especially. There’s a cruelty to the world that’s terrifying but also is just how it is. The world is full of cruelty, and whether you survive or not is not because you are a good person or a bad person but because you’re kind of clever or you can interpret an event or just survive. There’s a neutral tone to fairy tales, and that’s incredibly valuable. 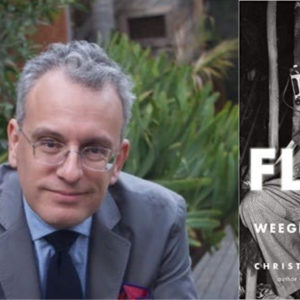