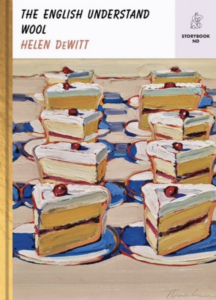 Helen DeWitt’s The Last Samurai was a stroke of genius. I have thought about that novel a lot this year, and I don’t think I will ever understand how she managed such a masterful control over the narrative. After that, I will read anything Helen DeWitt puts her name on, so I’m particularly stoked for the release of her latest, The English Understand Wool. (What a great name!) This novella will follow a 17-year-old whose parents have very specific rules, mostly concerned with “good taste.” But that might all go right out the window during annual Ramadan travels, when finds herself alone in New York. Still not quite sure what this is going to be about? Same. A visit to the New Directions website tells me nothing else, but I did stumble upon Helen DeWitt’s official bio, the last line of which reads: “She has been based in Berlin since 2004, but also spends time at a cottage in the woods of Vermont improving her chainsaw skills.” Her chainsaw skills! I realize she means that literally, but it also applies to her work on the page. Helen DeWitt has this magical ability to cleanly cut open a story and the hearts of her readers along with it. –KY 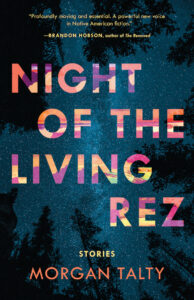 A collection of stories set in a Native community in Maine, Talty’s book centers questions of what it means to be Penobscot today—what it means to live through and reckon with historical tragedies. Talty grapples with such complicated inheritances with tenderness and humor, with characters ranging from a boy who finds an old curse in a jar to a grandmother struggling with Alzheimer’s. –SK 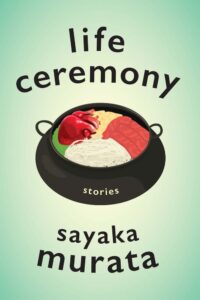 This first translated collection of stories from Lit Hub favorite Sayaka Muraka, author of Convenience Store Woman and Earthlings, is almost guaranteed to be weird as hell, which, it may not surprise anyone reading this to hear, is exactly what I want in a book of any kind. –ET 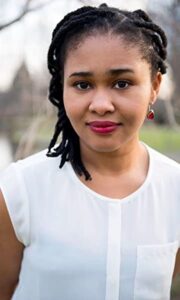 Chinelo Okparanta’s second novel is told from the perspective of a white man who desperately wants to escape his racist, xenophobic, secret-keeping family. When he finally moves to New York City, Harry falls in love with a Nigerian woman. It’s a premise that could tip in a number of different directions, but Okparanta’s novel is “a satire that speaks to all the most pressing tensions and anxieties of our time.” –JG 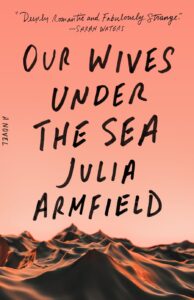 Julia Armfield, Our Wives Under the Sea
Flatiron, July 12

At the beginning of Armfield’s debut novel, Leah and Miri are reunited after Leah returns from a routine—but ultimately disastrous—deep sea mission. But soon Miri begins to realize that her wife is not the same woman she was before she left, and that in fact, something is very, very wrong. –ET 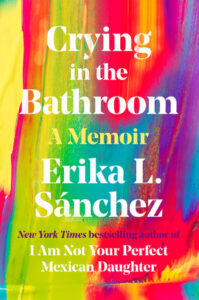 Erika Sánchez’s memoir-in-essays charts her life from her troublemaking childhood in 1990s Chicago to her present-day as a poet and novelist. Topics include white feminism, sex, depression; Crying in the Bathroom is a witty and confessional tour of Sánchez’s mind. –WC 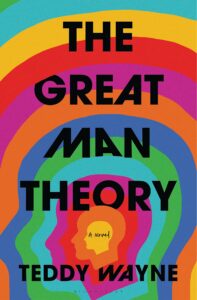 Teddy Wayne is the darkly comic author of Apartment, back again with a story of masculinity in America. Paul, the titular (and wannabe) “Great Man,” spends his days lecturing his young daughter about the “authoritarian creeps” running the country, lecturing his students about his views on said creeps, lecturing his friends on said creeps, and so on. Believing himself to be the only person who can truly understand the current political climate, and seemingly abandoned by most people in his life who don’t want to spend their time being lectured on things they already know, Paul formulates a plan to save the country, and maybe show everyone just how right he was. A picture of the world as we know it, from the point of view of a funny, aggravating man, The Great Man Theory is an original and discomfiting portrait of the individual in the collective, as he tries to make his mark. –JH 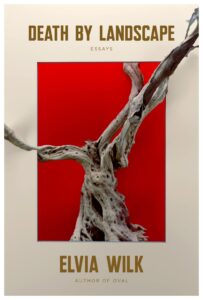 Erotics of compost, vampires, medieval nuns, and solarpunk. Wilk’s “fan nonfiction,” examines the works of Anne Carson, Octavia Butler, Michelle Tea, and more to probe the lines and shapes of “weird fiction” in the face of extinction and all its urgency and anxieties. At the heart of it are questions of how to tell stories that center the Earth as opposed to humans, that help us grapple with the end of the world, and that help us see and be with the dark of it all. –SK 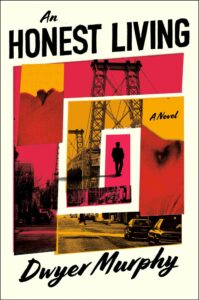 I was fortunate enough to get my grubby mitts on an early copy of my colleague Dwyer Murphy’s debut novel—a gloriously-atmospheric, razor-sharp, and super stylish noir set in early 2000s New York—and it blew my fedora clean off. An Honest Living is the story of a jaded attorney-turned-private eye, drawn into the shady underground world of rare book dealers, who finds himself caught in a tangled web of obsession and deceit spun by an alluring novelist and her eccentric (missing) husband. Murphy, the editor-in-chief of CrimeReads, knows classic mystery fiction and film inside out, and his novel is both expertly crafted modern-day neo-noir, and an utterly beguiling homage to one of the genre’s most iconic stories. –DS 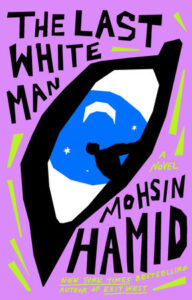 Mohsin Hamid’s Exit West, published in 2017, was a gorgeously written story of two lovers struggling to maintain their lives across war and the brutality of contested borders. I couldn’t be more excited to read his upcoming book, which, like Exit West, shows two lovers grappling with the consequences of power and injustice: they face a world in which some people’s complexions have suddenly begun to darken and all the consequences that follow. –CS

What will Emmanuel Carrère do next? This is the self-described story of a “breakdown,” beginning with a Buddhist meditation retreat that is cut short, followed by a series of events including breakdown of a marriage, depression, treatment in a psychiatric facility, and eventually a process of settling in Greece. This seems like a gripping story, and I can’t wait to read it. –CS 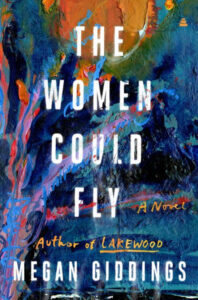 Lakewood author Megan Giddings offers a dystopian sophomore novel about 28-year-old Josephine Thomas, a Black woman who has never made sense of her mother’s disappearance. There’s the terrifying thought that Josephine doesn’t want to consider: was her mother a witch? Now, 14 years after her mother seemingly vanished into thin air, Josephine is fast approaching the state-mandated cut-off for marriage at age 30. Will Josephine learn the truth about her mother—and herself? I’m always down for stories about witches, especially if they’re about witches of color. In Giddings’s capable hands, I’m sure the narrative will be equal parts magic and revelatory. –VW 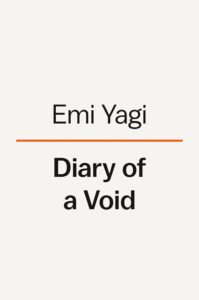 Emi Yagi’s debut novel has one of the most fun premises I’ve heard all year: when protagonist Ms. Shibata gets a new job to escape her old job’s sexual harassment, she is expected to do all the menial work as the only woman at her new job. To avoid this, she pretends to be pregnant—and her life gets better. And worse. Diary of a Void already won the Dazai Osamu Prize in Japan, and now we get to read it in a translation by Lucy North and David Boyd. –WC 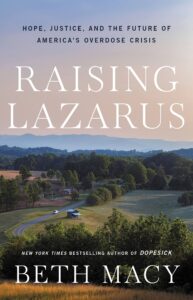 Macy’s follow-up to her bestselling Dopesick brings her essential reporting on the American opioid epidemic up to the present day, examining not only the political, financial, racial, and social elements at play, but also what happens when you throw a pandemic into the mix. –ET 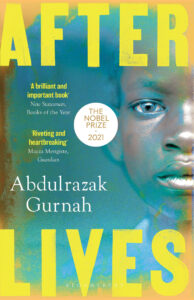 The winner of this year’s Nobel Prize in Literature, Gurnah’s latest novel, published in the UK in September 2020, is finally hitting shelves in the US. Afterlives is a sweeping historical novel that explores the brutality of life in East Africa under colonial rule. It sounds like a fascinating, necessary novel, though to be honest, they had me at “Nobel Prize in Literature.” –JG 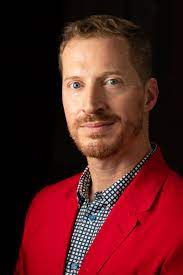 We don’t know much, but we do know that Arthur Less is back in Greer’s follow-up to his Pulitzer prize-winning Less: A Novel. Mark your calendars! –ET 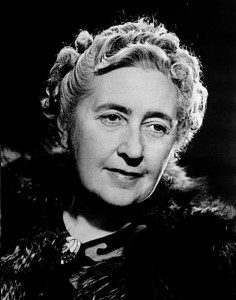 Our favorite detective is back in this collection of original short stories. Gathering twelve different writers (Naomi Alderman, Leigh Bardugo, and Alyssa Cole, to name a few), the collection reimagines Miss Marple. Through these reiterations of one of Christie’s most famous detectives, the collection balances the work of preserving Miss Marple’s idiosyncrasies, while bringing to the surface new elements, new facets. –SK 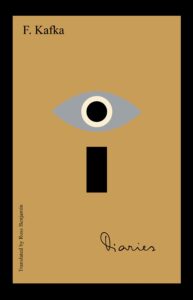 In this new translation of Kafka’s diaries, Benjamin offers an unexpurgated collection of diary entries that highlight the quintessential Kafkian eccentricities underscoring the writer’s body of work. Beginning with 1909 and ending in 1923, the diary entries range from drawings to accounts of dreams to drafts of letters to daily events. Available in English for the first time, Benjamin’s translation not only emphasizes the significance of diaries in Kafka’s writing and larger life, but also highlights the importance of the diary-from as art in its own right. –SK 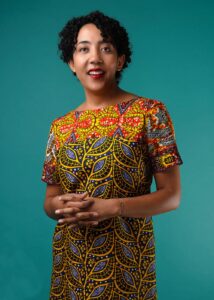 Namwali Serpell’s latest book follows the fallout from a family’s tragic loss after their son disappears at the age of seven, his body never found. Serpell, who won the 2020 Windham-Campbell Prize for fiction and 2015 Caine Prize for African Writing, is one of the world’s most exciting contemporary novelists, and I’m eagerly anticipating this new work from her. –CS 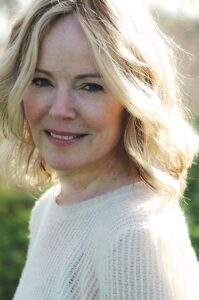 According to EW, the story behind Dani Shapiro’s first novel in 15 years is one that should give hope to those of us with discarded manuscripts: on a cleaning spree in the early days of quarantine, Shapiro rediscovered the scrapped novel and returned to it with gusto. What we know thus far is it takes place for a group of characters across three points in time: Y2K, December 2010, and 2020—though it’s decidedly not a pandemic novel. Even if it were, I’d still be looking forward to it.  –ES 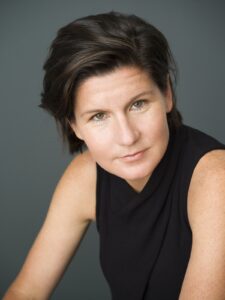 I was a fan of Lynn Steger Strong’s 2020 novel, Want, and I’m looking forward to her bringing that same sharp writing and incisive commentary to Flight, this time in a multi-perspective novel. She told EW that her elevator pitch is “a matriarch dies and a little girl goes missing,” which is enough of a teaser for me! –ES

Everything you need to know about Norman Mailer's recent (non-)cancellation. 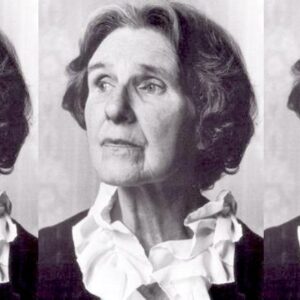 Lit Hub Daily: January 5, 2022 Publication dates may be subject to change, but our enthusiasm isn’t: here are our (196!) most anticipated books...
© LitHub
Back to top
Loading Comments...